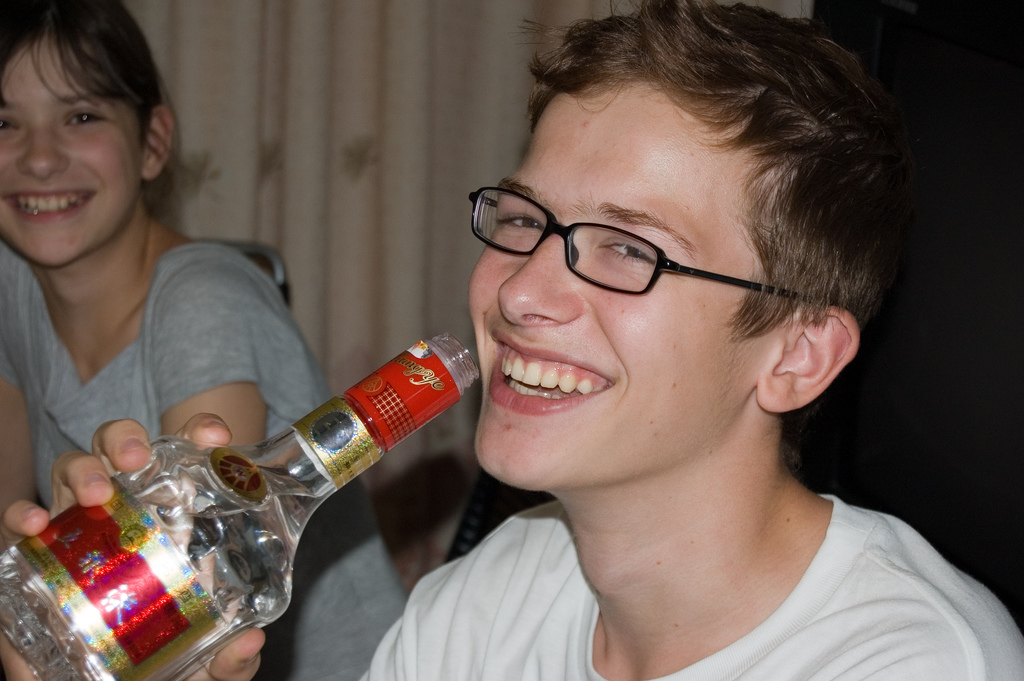 "Very few studies that control for expected influences of shared familial experience and shared genetic liabilities on drinking outcomes have been reported," said Richard J. Rose, Professor Emeritus in psychology and brain science at Indiana University, Bloomington, as well as corresponding author for the study. "While there are many published studies documenting the association of adolescent drinking with adverse adult outcomes, none of these were genetically informative or supported causal inferences."

"A consistent finding emerging from alcohol epidemiology research is that individuals who start to drink early and heavily in adolescence are more likely than those who do not to subsequently have problems in adulthood," explained Matt McGue, a professor in the department of psychology at the University of Minnesota. "Not surprisingly, one of the problems associated with early drinking is problem drinking and alcoholism in adulthood. Importantly, the negative outcomes associated with adolescent drinking are not, however, limited to problems with alcohol; early drinkers are also more likely to report physical health problems, educational and occupational difficulties, and relationship problems. The existence of these associations is not in dispute. Rather, what remains unclear is why these associations arise. The basic issue is that individuals who drink early and often in adolescence are not a random subset of adolescents, and it may be that the factors that led these individuals to drink early – perhaps mental health problems, personality, or coming from a dysfunctional family – are the actual causes of the adverse adult outcomes with which adolescent drinking has been associated."

"What makes our study of interest is not that we studied multiple outcomes," said Rose. "Nor is it that we studied a large sample over a six-year follow-up. Rather, it is that we compared twin siblings who differ in their use of alcohol during adolescence, but who share both their genes and their family and neighborhood environments. By doing so, we could eliminate familial and genetic confounds that have constrained inferences drawn from earlier studies. To my knowledge, ours is the first prospective study of discordant twin pairs; it is, accordingly, the first to evaluate whether the established association of adolescent drinking problems with adverse adult outcomes can be fully explained by shared genetic and environmental liabilities. Our data suggest not."

Rose added that they focused on the question: What causes associations between adolescent drinking and adverse adult outcomes such as continued substance abuse, truncated education, risky sex, and downward social mobility? "Could it be that substantial exposure to alcohol during adolescence causally creates a cascade of events that disrupt successful transitioning into adulthood?," he asked. "This alternate explanation would lead to different strategies of prevention."

Rose and his colleagues analyzed longitudinal data from more than 3,000 Finnish twins, and identified twin pairs who were "drinking-discordant" to investigate if between-family associations would be replicated in within-family comparisons. They associated drinking problems at age 18.5 years of age with 13 outcomes – such as sustained substance abuse, poor health, physical symptoms, early coital debut, multiple sexual partners, life dissatisfaction, truncated education, and financial problems – that were later assessed at age 25.

Results showed that individual twins who previously had drinking problems at age 18.5 had more adverse outcomes for all 13 measures at age 25, and many of these associations replicated within discordant co-twins. "Because we studied drinking-discordant twin pairs, our results rule out between-family confounds as the sole source of the association of adolescent drinking problems with adverse adult outcomes," said Rose. "Variation in family structure such as having an older sib to model drinking behavior and access opportunity, family status such as social, economic and educational level, maternal age, and neighborhood cohesion and community surveillance as well as shared genetic liabilities such as impulsive, thrill-seeking, and disinhibited behaviors could underlie both drinking at age 18 and adverse outcomes by age 25. We could cautiously infer that abusive drinking in adolescence can causally disrupt successful transitioning into adulthood. However, I add a critical caveat: we cannot prove that statement; what we can do, and what we did do, is enhance its plausibility by eliminating alternative explanations."

"In other words, the major finding in this study is that the individual-level associations, which are the associations typically reported in the literature, are not a consequence of confounding with family background factors the twins share, such as whether they have an alcoholic parent, grew up in poverty, or grew up in a high-risk neighborhood," said McGue.

"Some adolescents appear to be especially vulnerable to long-term effects of alcohol-exposure," observed Rose. "And if there is a causal relationship between abusive adolescent drinking and later behavioral problems – as is here suggested – prevention efforts should be focused on identifying adolescents who are vulnerable and directly address what may be long-term and cumulative harmful consequents of adolescent alcohol exposure."