Boys more likely to have antipsychotics prescribed, regardless of age 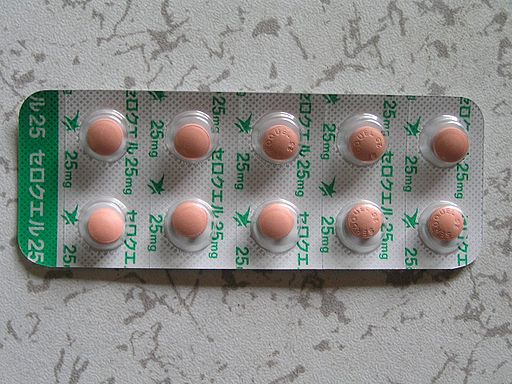 (Image credit: 膀胱眼球胎)​
NIH-funded study is the first look at antipsychotic prescriptions patterns in the US

Despite concerns over the rising use of antipsychotic drugs to treat young people, little has been known about trends and usage patterns in the United States before this latest research, which was funded by the National Institute of Mental Health (NIMH), part of the National Institutes of Health. Mark Olfson, M.D., M.P.H., of the Department of Psychiatry, College of Physicians and Surgeons and Columbia University and New York State Psychiatric Institute, New York City, and colleagues Marissa King, Ph.D., Yale, New Haven, Connecticut, and Michael Schoenbaum, Ph.D., NIMH, report their findings on July 1 in JAMA Psychiatry.

"No prior study has had the data to look at age patterns in antipsychotic use among children the way we do here," said co-author Michael Schoenbaum, Ph.D., senior advisor for mental health services, epidemiology and economics at NIMH. "What's especially important is the finding that around 1.5 percent of boys aged 10-18 are on antipsychotics, and then this rate abruptly falls by half, as adolescents become young adults."

"Antipsychotics should be prescribed with care," says Schoenbaum. "They can adversely affect both physical and neurological function and some of their adverse effects can persist even after the medication is stopped."

The U.S. Food and Drug Administration (FDA) has approved antipsychotics for children with certain disorders, particularly bipolar disorder, psychosis/schizophrenia, and autism. However, the research team found that the medication use patterns do not match the illness patterns. The mismatch means that many antipsychotic prescriptions for young people may be for off-label purposes, that is, for uses not approved by FDA.

For example, maladaptive aggression is common in ADHD, and clinical trial data suggest that at least one antipsychotic, risperidone, when used with stimulants, can help reduce aggression in ADHD. To date, FDA has not approved the use of any antipsychotic for ADHD, making its use for this diagnosis off-label. In the current study, the combination of peak use of antipsychotics in adolescent boys and the diagnoses associated with prescriptions (often ADHD) suggest that these medications are being used to treat developmentally limited impulsivity and aggression rather than psychosis.

Olfson and colleagues worked with the IMS LifeLink LRx database, which includes 63 percent of outpatient prescriptions filled in the U.S. The team looked at prescription data for 2006-2010 and found antipsychotic use increased with age in both boys and girls, beginning at 0.11 percent in 2010 for ages 1-6 years, increasing to 0.80 percent for ages 7-12 years and increasing again to 1.19 percent for youth ages 13-18 years before dropping substantially to 0.84 percent for ages 19-24.

Among young people receiving antipsychotic prescriptions, fewer than half had any medical visit that included a mental disorder diagnosis. That may be in part due to stigma about mental illness, or because primary care providers are concerned about reimbursement for treatment related to such diagnoses.

"In addition to having a new look at antipsychotic use among youth, one positive finding coming from this study is that around 75 percent of these kids have at least some contact with a psychiatrist," said NIMH Director Thomas Insel, M.D.