Can autism be measured in a sniff? 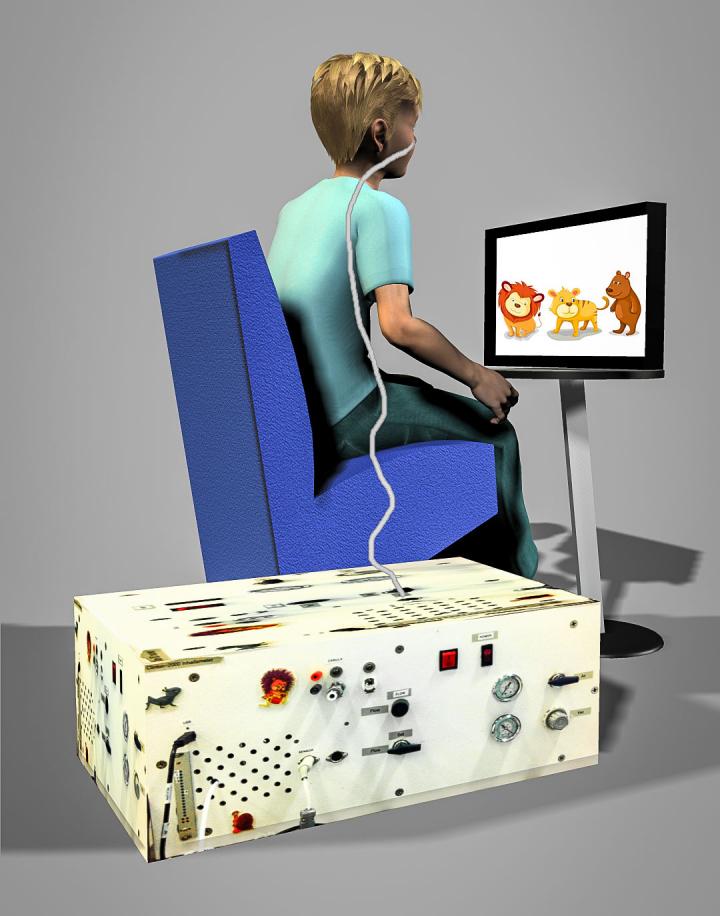 (Image Credit: Ofer Perl)​
Imagine the way you might smell a rose. You'd take a nice big sniff to breathe in the sweet but subtle floral scent. Upon walking into a public restroom, you'd likely do just the opposite--abruptly limiting the flow of air through your nose. Now, researchers have found that people with autism spectrum disorder (Autism Spectrum Disorders (ASD)) don't make this natural adjustment like other people do. Autistic children go right on sniffing in the same way, no matter how pleasant or awful the scent.

The findings suggest that non-verbal tests related to smell might serve as useful early indicators of Autism Spectrum Disorders (ASD), the researchers say.

"The difference in sniffing pattern between the typically developing children and children with autism was simply overwhelming," says Noam Sobel of the Weizmann Institute of Science in Israel.

Earlier evidence had indicated that people with autism have impairments in "internal action models," the brain templates we rely on to seamlessly coordinate our senses and actions. It wasn't clear if this impairment would show up in a test of the sniff response, however.

To find out, Sobel, along with Liron Rozenkrantz and their colleagues, presented 18 children with Autism Spectrum Disorders (ASD) and 18 normally developing children (17 boys and 1 girl in each group) with pleasant and unpleasant odors and measured their sniff responses. The average age of children in the study was 7. While typical children adjusted their sniffing within 305 milliseconds of smelling an odor, the researchers report, children on the autism spectrum showed no such response.

That difference in sniff response between the two groups of kids was enough to correctly classify them as children with or without a diagnosis of Autism Spectrum Disorders (ASD) 81% of the time. Moreover, the researchers report that increasingly aberrant sniffing was associated with increasingly severe autism symptoms, based on social but not motor impairments.

The findings suggest that a sniff test could be quite useful in the clinic, although the researchers emphasize that their test is in no way ready for that yet.

"We can identify autism and its severity with meaningful accuracy within less than 10 minutes using a test that is completely non-verbal and entails no task to follow," Sobel says. "This raises the hope that these findings could form the base for development of a diagnostic tool that can be applied very early on, such as in toddlers only a few months old. Such early diagnosis would allow for more effective intervention."

The researchers now plan to test whether the sniff-response pattern they've observed is specific to autism or whether it might show up also in people with other neurodevelopmental conditions. They also want to find out how early in life such a test might be used. But the most immediate question for Sobel is "whether an olfactory impairment is at the heart of the social impairment in autism."


Source: Cell Press
Journal: Current Biology
This article is not intended to provide medical advice, diagnosis or treatment. Views expressed here do not necessarily reflect those of ConductDisorders or its staff.
Top