Does living in the United States promote teenage risk taking? 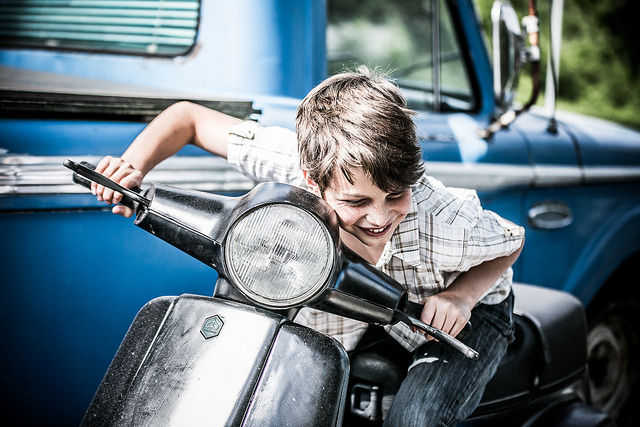 Teenagers are known for taking unnecessary risks, from reckless driving to smoking marijuana, but some seek out risky experiences more than others. A new study of sensation-seeking behavior led by a researcher at Columbia University's Mailman School of Public Health with colleagues from Columbia University's Department of Psychiatry and the University of Puerto Rico School of Medicine, shows that children growing up in the United States versus Puerto Rico were more likely to seek out new and risky behaviors. Results of the study, the first to look at sensation-seeking patterns in young children and teenagers, are published online in the Journal of the American Academy of Child and Adolescent Psychiatry.

"Sensation-seeking behavior in adolescents has been shown to be a factor in health risks from suicide and frequent illegal drug use to problem gambling and unprotected sex," noted first author Silvia Martins, MD, PhD, associate professor of Epidemiology. "Our study shows that sensation-seeking behaviors don't follow the same trajectory from childhood to adolescence in all populations: context matters."

The researchers studied likely predictors of sensation-seeking trajectories in nearly 3,000 children all of Puerto Rican background, approximately half of whom lived in Puerto Rico and half in the South Bronx. Children were asked to agree or disagree with statements like "Sometimes you like to do things that are a little scary," and "Riding very fast and doing tricks on a skateboard are fun." Results were measured on a ten-item sensation-seeking scale.

The researchers also found that boys and young men had higher levels of sensation-seeking than girls and young women--a finding Martins says is likely linked to testosterone, which is associated with the behavior, as well as culturally-mediated gender differences.

"There is growing understanding that sensation-seeking is not just a personality trait or a rite of passage," says Martins. "There is growing evidence that this behavior is mediated by factors, including where a child grows up."