In regard to this baby and untenable situation ... I keep waking up really shaky and headachey and out of sorts.
I need to exercise more. But I am still keeping my dr and dental appts, a few of my chiro appts, painting, writing, doing dishes, etc. trying to keep a routine.
I have a few friends for a support system but no one 24/7.
husband is terribly non-supportive. And I am not supportive of him. We talk about National Geographic and politics. That's easy.
We fight about me being late and not remembering things and misplacing things. He is a bit Obsessive Compulsive Disorder (OCD) and puts things away when I'm in the middle of things. Like, oil, when I'm cooking. And silverware when I'm setting the table. (And now I have a clue as to where missing things go ... in the cupboard or in the trash.)
Here's an ex. of an argument: He yelled at me two nights in a row for being late to home ... last night we spoke on the phone and we were both in our cars. He was on his way home from a conference. I had no idea when he would be home (we have an erasable calendar in the kitchen but he rarely uses it) so I planned all of my work and errands, and then Cousin P. last, where I would do a wine-and-paint because she's in hospice and can have wine. It was approx. 6:30 so for whatever reason, I said I'd plan to be home around 7:30. No way could I have made that time. I should have just told him that I was going to stay until 10. Buh-bye. But since we've been so busy and overwhelmed, I thought I'd come home.
He said, "Okay, but I'm really tired and I'm going to make a pizza and go to bed. And there's a lot of traffic here."
I fed and changed Cousin P. (why do they keep putting her in a hospital gown when she's got plenty of clothes? I guess it's easier to change her. ) and listened to her ramble, and when she nodded off, I packed up her laundry and left.
husband called me on my cell phone when I was 3/4 of the way home and yelled at me for being late. Just what I needed.
When I got home, I told him that now I was mad, because I thought that when he'd said, "but," it negated the idea that I'd be home at 7:30. Like, don't expect anything--movie, talking, whatever. I'm going to bed early.
We both have too much to do. And he is hurt that I seem to not want to be around him. I said, "You're right. When you yell at me, I have no desire to be around you. I should have stayed with-Cousin P. until 10 p.m."
For the record, he hates Cousin P. and hates that I brought her down from NY. His family isn't into that. They abandon one another. He met up with his brother in St. Paul in Sept. for the first time in 7 yrs.

He's not supportive of Difficult Child, either. He lectures him and tells him that all is forgiven by Jesus and his parents but he's got to get a job, too, and get good grades and move out. And then he doesn't introduce him to guys at Rotary Club or The Boys Club or network with him. He doesn't stick around to follow through on meetings, phonecalls, dr appts, etc. Difficult Child sees him as a talking head.

I'm either getting a bug that's going around, or coming apart at the seams. Or both.
I

It never rains but it pours.
Sending hugs.

My hubby has found a new toy to bury his thoughts and feelings-a contraption that plays movies off the internet. After work- He is GONE in this world of make-believe. Planted in front of the one eyed-monster.

I suppose I am planted at times, here, thinking, writing and feeling. I have a one-eyed monster of my own.

We are both grieving in our own way.

You have much on your plate. God bless you for taking good care of your cousin, helping someone at the end of life requires great strength and energy. Then dealing with the antics of difficult children, work, chores, errands and marital issues-I am exhausted just thinking about it. Hey wait! That is my life too! OUCH!

It's okay to come apart at the seams every once in awhile. Sometimes we have to break down to build up. Take care and do something nice for yourself.
(((HUGS))) 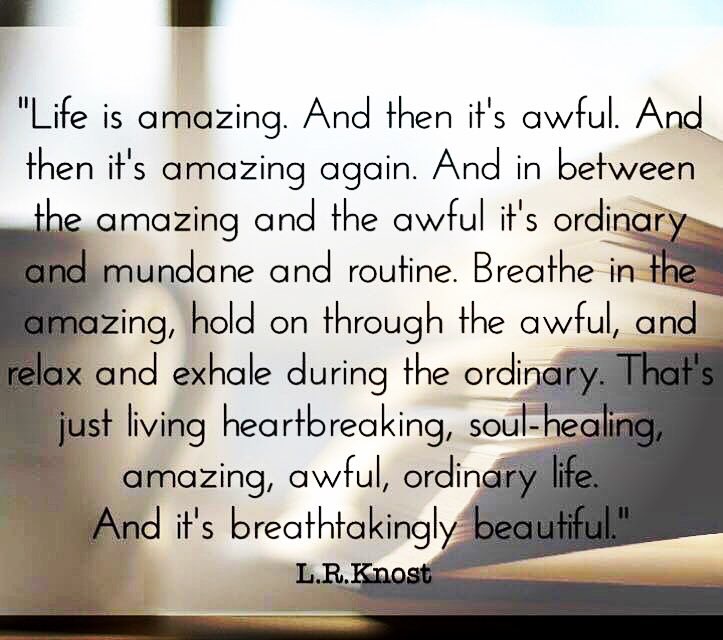 Thank you all. Had to chuckle at "That is my life too! OUCH!"
husband called to tell me his estimate arrival time at home tonight.
And Difficult Child signed the birth certificate! I am so upset. I told him to wait for the DNA test. But he took the initiative to ride his bike to the hospital.
I'm still mailing in the DNA test.
C

Terry, I do hope it works out for the best for your son and this baby. Im glad your keeping up with your health and your still dealing with everything that you are. Many hugs to you and your family!

Terry, good to hear from you even though things are highly stressed in your world. Hang in there girl!

Terry, I was married to an unsupportive control freak the first time. I am sorry. It's hard to do it alone with kid while trying to please a bossy spouse. In the end, after seventeen years, I divorced him. For me it lead to real love and a good life m I am not encouraging you to do this, but counseling would possibly help you, even if husband won't go woth. You have soooooouch going on right now.

Thank you. I haven't been to counseling in awhile. I think we wore one another out. I'd give her updates, tell her what I was doing for myself, she'd agree. That was it.

husband was better last night. Said he agreed about throwing out husband. But wants to make sure that drug treatment isn't a flash-in-the-pan. I agree. It has to be outside of our city, and for as long as possible, on-site.

Oh, last night when husband called, he asked where Difficult Child was. I told him that I'd kicked him out, and that I was painting, and I'd discuss it when he got home. He said something like "fine by me, I think that ..." and I said, "We'll discuss it at home."
He whined something like, "Why are you arguing and hurting my feelings? All I was trying to say is--"
And I cut him off. "We'll talk when you get home. I want you to drive safely."
"I am driving safely. I just want--"
"Bye."

By the time he came home, he had cooled off. All I was doing was creating boundaries. I was not angry. I was firm. And he doesn't like it.

TerryJ2 said:
Said he agreed about throwing out husband.
Click to expand...

I'm so sorry that things have progressed the way they are, but I hope that your husband is at least on the same page as you at the moment. It's so hard, dealing with these things...and to do it without backup? You need each others help.

You're in my prayers.

"Said he agreed about throwing out husband."
Freudian slip?

This is too much. Are you seeing a counselor? And then also one for the two of you together?

I meet sometimes with this wonderful lady in my neighborhood with a difficult child the same age as mine, but with slightly different problems. We've handled some things the same, some different and many things similarly.

Her husband has a high powered job at a chain store. This store is popular in our city. However, he will NOT get his son a job at the store. I totally "get " this. He will support him in many many other ways.

We are similar...sort of. If we frequent a certain restaurant a lot, we rarely will take our difficult child to that restaurant. We pick another equally nice, but different restaurant. I do NOT take her to get her hair where I get my hair done. I pick good places, but different ones. difficult child is not allowed to show up where my husband works. She did a few weeks ago and it infuriated him. Unannounced, smelled, etc.

Yes, it is sad. It is weird. It seems unfair. I've been burned too many times. We all have.

So, we will help our difficult child if she wants to pursue a worthwhile goal. But sadly, we won't let it interfere with our lives.

husband and I went to therapy a number of years due to difficult child "stuff." We even got along very well , but this was too much and it's too much for most everybody.

If your husband agrees to therapy, definately go together ASAP.

And for goodness sakes, you two need a nice vacation together. Even just a three or four day weekend. Lock up the house like Fort Knox and have a trust worthy friend checking on it. If you've got some guilt re difficult child, give him a gc to the food store to cover food but that's it. Let him fend for himself. in my humble opinion, you should take care of yourself first and your marriage a very close second.

Wishing you wel....prayers for you and your family continue.

Thank you.
I totally agree about creating your own places to get haircuts, eat out, etc.

husband will not go to therapy any more. Last one we tried was kind of lame.

And in regard to vacation, I just had an excellent vacation the first week of this month in Minn, at my niece's wedding. Three days of parties and then in the mornings, sitting on the porch drinking coffee and tea and chatting with-my sisters. And I got to meet up with-HS friends and share info with them. (They were aghast but loving. I miss them so much!)

I really don't want to go on a vacation with-husband right now. I don't even want to have dinner with him. He's grumpy and short-tempered and totally self-absorbed. I can't even slap a mosquito on my arm while he's talking without having him exhale loudly and look away and complain that I'm not listening to him.
Hey, buddy, you're supposed to be on my team. I shouldn't have to worry about hurting your feelings, too, especially for such minor things.

I haven't seen my therapist for months. difficult child --I think--swiped some of my xanax a few months ago and I freaked out. I was convinced that he was dealing and selling it. And the more I counted the pills and did the math, the more I lost track of how to even do math. It was like a mini breakdown. I told the therapist and I know that she's trained not to be an alarmist, but I could have used more discussion on that point, and the panic and lack of grounding and centeredness I was feeling. It just felt too shallow to me.
There is a discussion somewhere on these boards about gaslighting and frankly, that did more for me than any counseling session. And it was free.
Top