There is comfort in this for us. 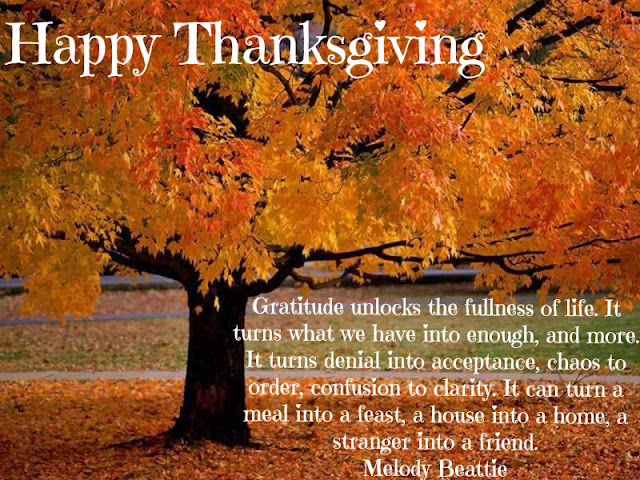 Once we have the tool of striving for gratitude, there is this:

"Be thankful for what you have. Your life, no matter how bad you think it is, is someone else's fairy tale."

Thinking about our own Difficult Child and reading about other special needs children and adult children here over the years, I have often noticed issues with these children lacking gratitude. For example, if you give them money, it's not enough, if they get a job..it stinks...if you give them a roof over their heads, there are too many rules and so forth.

There was an article, I wish I saved it, but I think years ago, I put the link here . It indicated a possible link with un gratefulness and mental illness.

On the flip side...
I have clearly noticed the more grateful I am for all the good in my life, the more it manifests. Sure, I wish my difficult child was healthier. But, by and large, I have let that go.

I am so VERY grateful for Life itself. I'm grateful for my family, friends, good doctors, home, food, country and so forth. Many many blessings and much to be grateful for, including the camaraderie, comfort and good advice I've gotten from you, SOC, and many others from this site.

Wonderful thought filled post Cedar. Thank you. It is true, there is much comfort in it.

Have a wonderful Thanksgiving!
(((HUGS)))
leafy

I've been an optimist all my life.

Ironically, I CAUGHT myself being negative today. I was actually trying to be funny and was sarcastic. Seconds later, I realized that wasn't all that funny and caught myself. I so appreciate this post. Myriad of reasons why we might do this...I see what happened. So good to have reminders. It is often an effort to think positive, but a worthwhile one for sure! Thank you again! Have a happy, blessed day!

This Thanksgiving has been a bit "trying" so far. I burned the pecan pie. I'm out of yeast, so we'll need to pick up rolls. I'm trying to get the turkey in the oven and can't find the big roaster. That's because it's under the sink...to catch a drip...that we found months ago and forgot about. So Jabber has been under there pulling up the peel and stick tile we put down to make it easier to clean, which had the effect of holding the water between it and the wood. Double

Needless to say, I've been in a royally pissy mood after that.

But none of this is important.

So my pie is too brown/black. I can't make homemade bread???? There are people out there today who have no food at ALL! I have a water leak? There are people who haven't got a sink to leak, don't even have clean water, let alone running water! Instead of getting in a mood, I should be grateful for everything we DO have.

I have Jabber - the love of my life.

I have a son who, it appears, may be coming around. Yesterday he and the girlfriend met with a landlord who, not only is willing to let them pay a little extra when they have it to get the deposit paid, but will basically let them move in this weekend if they have the rent. The place is three blocks from the main bus terminal, has a little deck, and they pay water/sewer and trash. The landlord went on and on about how "she trusts people, probably more than she should, and likes to give people a chance." She even told them she's a social worker and that she knows of a program that helps people get cars! But I don't think she's a push-over. She also pointed out that their neighbor has a baby and two jobs and walks to the store - miles away and that she, at 62, still works for a living and expects people to do what they say they'll do.

Yeah, I totally wasn't planning on going on about him on this thread.

I just wanted to point out that you have reminded me of what's important... and that's to take things one at a time and always be thankful.

I'm grateful for all of you!

Lil said:
So my pie is too brown/black. I can't make homemade bread???? There are people out there today who have no food at ALL! I have a water leak? There are people who haven't got a sink to leak, don't even have clean water, let a lone running water! Instead of getting in a mood, I should be grateful for everything we DO have.
Click to expand...

Somehow, this happened for me too, yesterday. I was so focused on what I did not have. My self-talk was sarcastic and hurtful, and my sense of humor was shot. I had zero perspective. I don't know what I was so angry about but I think it was everything.

That was nice of you to post about what happened around humor for you, Nomad. I could recognize myself, there.

And my whole thought process was like that, and it felt awful and I could not, for the life of me, get out of that mindset. It finally broke during clean up. There was so much work to do and I was battling with myself over my rotten attitude and all at once, I remembered who I am.

It was the strangest thing. I had been angry enough to be almost on the verge of enraged tears for something like three days.

I still don't know what to make of it.

Staff member
Our lives here are but a vapor and with each passing year I am reminded how quickly time passes. My husband and I went to his cousins for Thanksgiving dinner. I knew it would be somewhat a somber day, you see his cousin who is only 65 is dying from lung cancer. I so admire her spirit as she lives each day with her heart full of love and gratitude. She no longer has the energy to cook yet she was determined to host this dinner. She ordered a full course meal from a local grocery store and it was very good. You see, it doesn't matter if one cooks the most magnificent meal or over cooks the turkey, what matters is time spent with people we love, people who have made an impact on our lives.

For us here on this site, having a heart full of love and gratitude may not come easy because of all we have been through in dealing with our d-cs. Our hearts can become hardened and we can be jaded and skeptical. Life is too short to let what we have been through with our d-cs to define us. We deserve better and must detach from all that holds us back from living a life where our hearts can and should be full of love and gratitude.

I am so grateful for this site as it offers a place where we can share the hurts of our hearts and get understanding and compassion from others who know what we are going through. It's a place that offers hope that we can live a happy and full life despite the chaos our d-cs live in.

Life is to short, none of us know how many more days or years will have. We only have the moment we are in and we get to choose how we live in that moment. I choose gratitude, I choose love, I choose peace.

M
When the Easy Child Falls