Me and my big mouth!!

My grandson called today and I told him that him and his brother could come over to my other daughters house for the 4th. I didn't know he was with his mom...he turned around and told his mom that I invited all of them!! I have been trying to stay away from my Difficult Child for awhile now, and I am actually starting to calm down and feel better. Now if she shows up for the cookout I'm afraid I'm not going to handle it well. I don't want to ruin the party but I also am not ready to act like nothing is wrong because that's what she does every time this happens. There is no sincere apology (because she doesn't feel she has done anything wrong) She just wants to resume like nothing has happened and wants everyone to just forget about it and go on like she deserves to be treated special. She will show up and not bring one thing, eat and then load up on things to take home with her. I am just still so resentful towards her and I'm not ready for her to slither her way back into my life right now!!!
F

I would tell her that the kids are invited, but that you aren't ready to see her yet. If they don't like the terms, I'd get together with my adult children or friends who are good to me. You keep engaging her and, unfortunately, engaging these grandchildren mean engaging her. She probably has quite a hold over them.

You waste so much time on her when you have so many other blessings. You may need to let go of these older grandchildren, as well as her, until they are of age and out of the house to get relief. Do you see how you got yourself involved with her again? You didn't have to ask your grands to the barbecue. Apparently, your other daughter did not ask them.

I don't know why you keep trying. You are going to get sick as a dog over this one daughter that is not worth it and will never be worth it.

If she does go, don't pay attention to what she does. You already know she won't bring anything and will take food with her. She really makes you furious, even though you are aware of what she is like.

I think you should read up on radical acceptance. Put it into your search engine. Radical Acceptance. She is what she is. You have no control over her. You can only control your reaction to her and your contact with her. So far she is making you darn near crazy, because you are letting her behavior drive you, and you are finding ways to let her into your life, perhaps sub-consciously. Of course the kids would think you meant the entire family was invited, right?

I hope one day I read that you have disconnected from her and the kids. Heck, the way your daughter is, she and the grands may turn on you big time in the future...all of them. You need to protect yourself or you could pay a terrible price. This daughter and possibly her kids are quite dangerous.

You know at first your posts made me angry, but I am now starting to understand that you are telling me what I need to hear! Ive always been so wishy washy with her. It is time for me to get angry and stand my ground. I know you probably just shake your head when you read my posts, but Ive done this all my life as to letting people run all over me. That is probably why I have been angry most of my life!!! It is so hard to break habits that have been there for so long! I am trying to get better. Just keep telling me like it is! Hugs to you!!!!
F

Wow. Sorry, my posts made you mad. It just seems to me like you are putting your entire life on hold to accommodate somebody who won't ever be kind to you, no matter what you say or do. Then to me it seems like you sometimes almost seek out ways to at least get to her, this time through her kids. They didn't know about the cookout and nobody would have died if they hadn't come. Obviously they will ask their mother too. On some level you knew she would be there if they were.

I've been on this forum a loooooooooong time and I've heard about grown kids who stole their parents blind, who used them to get access to bank accounts, who broke into their homes, who hit them, you name it. Your daughter seems in this arena to me, and the grands are her kids. They are likely to be in HER corner. She raised them. I have seen parents get burned.

On top of that, many on t he forum have ONE child and THAT child is terrible to t hem. But you have two other adult kids and I am bewildered as to why you play with this one daughter, which is the hard way in life, rather than to seek peace and deal mostly with your nice kids and their grand. Why chase after the one who seems to have picked up her dad's personality?

I chased after my mother who didn't love me. She disinherited me anyway. There is no good way to deal with mean people, even if they have your DNA. My own thinking is t hat DNA is not important...it is an accident of birth...and that your real family are those who love you and treat you well. You are my age exactly. Don't you think you've played her games long enough and that you deserve peace rather than trying to "win?" Let her have her petty, cruel "wins." She will never really win because of how she is and you can't change that. But you can change your attitude toward her.

I don't know about how your grown kids relate to one another, but you invited your grands to a party thrown by your other daughter. It wasn't even your party. Is your other, nice daughter ok with you deciding to invite this troublesome family member to her barbecue? Wouldn't she have invited them herself if she had wanted them to be there?

I guess, as a former doormat, I just have had it and won't take it anymore. From anybody. And now my life is peaceful and happy and my own. If somebody wants to be in my life, they have to show they deserve the immense amount of love and caring I have to offer. But I don't give it away to abusers. I did that before and thought if I was just nice enough....nice doesn't work with mean people. They disdain nice and see it as being weak.

This is my advice for you to take or leave. All advice given here is to take or leave. My advice is to let your grown kids live their lives, have their own barbecues and invite who THEY want, don't give unwanted advice to any of them (after all, they are all adults and don't want mom butting in), and just relax and enjoy your family without getting emotionally involved in their day-to-day lives. I know you had a bad childhood. So did I (see my long thread on FOO/Family of Origin issues in the Watercooler). I wanted the perfect family too, but even very loving families can not have perfection.

If you don't let Mean Daughter go, she will interfere with all of your relationships and keep you in a constant state of discontent, which is what she wants to do. And you're letting her every time you invite her into your life.

You will never win with her. Whatever personality disorder she has, personality disordered people are impossible to rationalize with and most don't want to do the hard work it takes to get better. In fact, most never admit they have a problem and are more likely to blame the rest of the world and, no, they don't have lightbulb moments. But they are great destructors.

Staff member
I'm coming in on this a little late. How did everything go?
I hope you were able to tell your daughter that the invite was not extended to her.


SomewhereOutThere said:
If you don't let Mean Daughter go, she will interfere with all of your relationships and keep you in a constant state of discontent, which is what she wants to do. And you're letting her every time you invite her into your life.
Click to expand...

I think what SWOT says here sums it up pretty well. 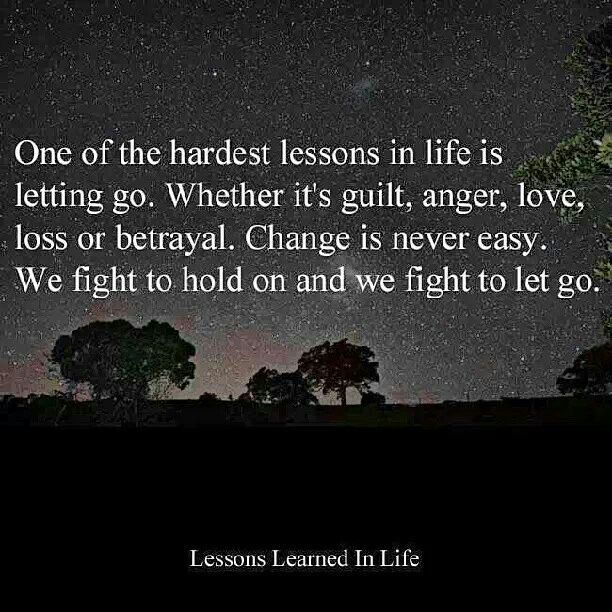 well luckily she didn't show up but her 3 boys came and everything went well. I kept the 3 year old, and we went to see the fireworks. I feel so bad for the little guy! His mom and dad are always yelling. He slipped up once while he was with me he said the F word...of course that is all he does hear at his house, then when I took him home he once again put his little arm over his eyes and said just leave mama just leave I want to go to your house! That kills me!

sooooo tired said:
then when I took him home he once again put his little arm over his eyes and said just leave mama just leave I want to go to your house! That kills me!
Click to expand...

My heart hurts for you
The good thing is he has you and he knows he is loved by you. You are a bright spot in his little life.

Glad she show for the BBQ and that everything went well.

I'm so glad that you got to spend time with your grandkids without their mother!

My heart just breaks for your little 3yo!

Just know that you are doing the best you can for that little one, and that your home is a safe respite for him.

Know that bringing his mom home to live with you would destroy that peaceful, loving space for him. Have peace in that.