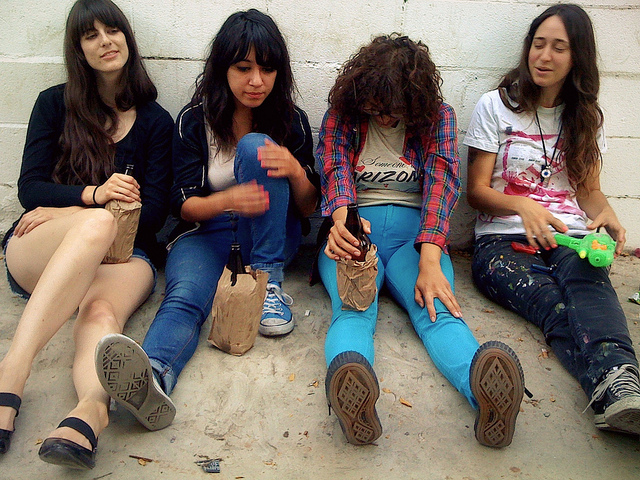 (Photo: Incase via flickr)​
Expanding what we know about college students mixing alcohol with energy drinks, investigators from Dartmouth's Norris Cotton Cancer Center found teens aged 15-17 years old who had ever mixed alcohol with energy drinks were four times more likely to meet the criteria for alcohol use disorder than a teen who has tried alcohol but never mixed it with an energy drink. The Dartmouth team, led by James D. Sargent, MD with first author Jennifer A. Emond, MSc, PhD published "Energy drink consumption and the risk of alcohol use disorder among a national sample of adolescents and young adults," in Journal of Pediatrics.

"These findings are concerning," said Emond. "They highlight that mixed use of alcohol and energy drinks may signal the development of abusive drinking behaviors among adolescents."

Several studies have documented a link between consuming alcohol mixed with energy drinks and the increased rates of negative outcomes while drinking, including binge drinking. However, most studies to date have been conducted among undergraduate college students.

Sargent's team looked at a sample of 3,342 adolescents and young adults aged 15-23 years old recruited across the U.S. They found that 9.7% of adolescents aged 15-17 years old had consumed an energy drink mixed with alcohol. Analyses showed that group to have greatly increased odds of not just binge drinking, but also clinically defined criteria for alcohol use disorder.

"Abusive alcohol use among adolescents is a dangerous behavior that can lead to injury, chronic alcohol use and abuse, and even death," said Emond. "Identifying those most at risk for alcohol use is critical. Given that this is a sensitive issue, it's possible that clinicians, parents, and educators might open dialogues about alcohol use with adolescents by starting the discussion on the topic of energy drinks."

Looking forward, the Dartmouth team will consider how the marketing of energy drinks may influence an adolescent's perception of use of energy drinks, including the acceptability of mixed use with alcohol.


Study Reference: The Geisel School of Medicine at Dartmouth

What exactly IS alcohol use disorder as opposed to alcoholism or alcohol abuse?
I

Looks like "alcohol use disorder" is the new DSM-V official label.

That's interesting. My doctor's MA asked me if I used energy drinks when she was asking her screening questions, but I thought it was in re: the very occasional irregular heartbeat I have.

The only thing I know about energy drinks and alcohol is that Red Bull and Vodka is very popular with the younger set and considered to be very dangerous by the medical community as the stimulants in the Red Bull delay the depressant effects of the alcohol, enabling one to drink considerably more and increasing the risk of alcohol poisoning.