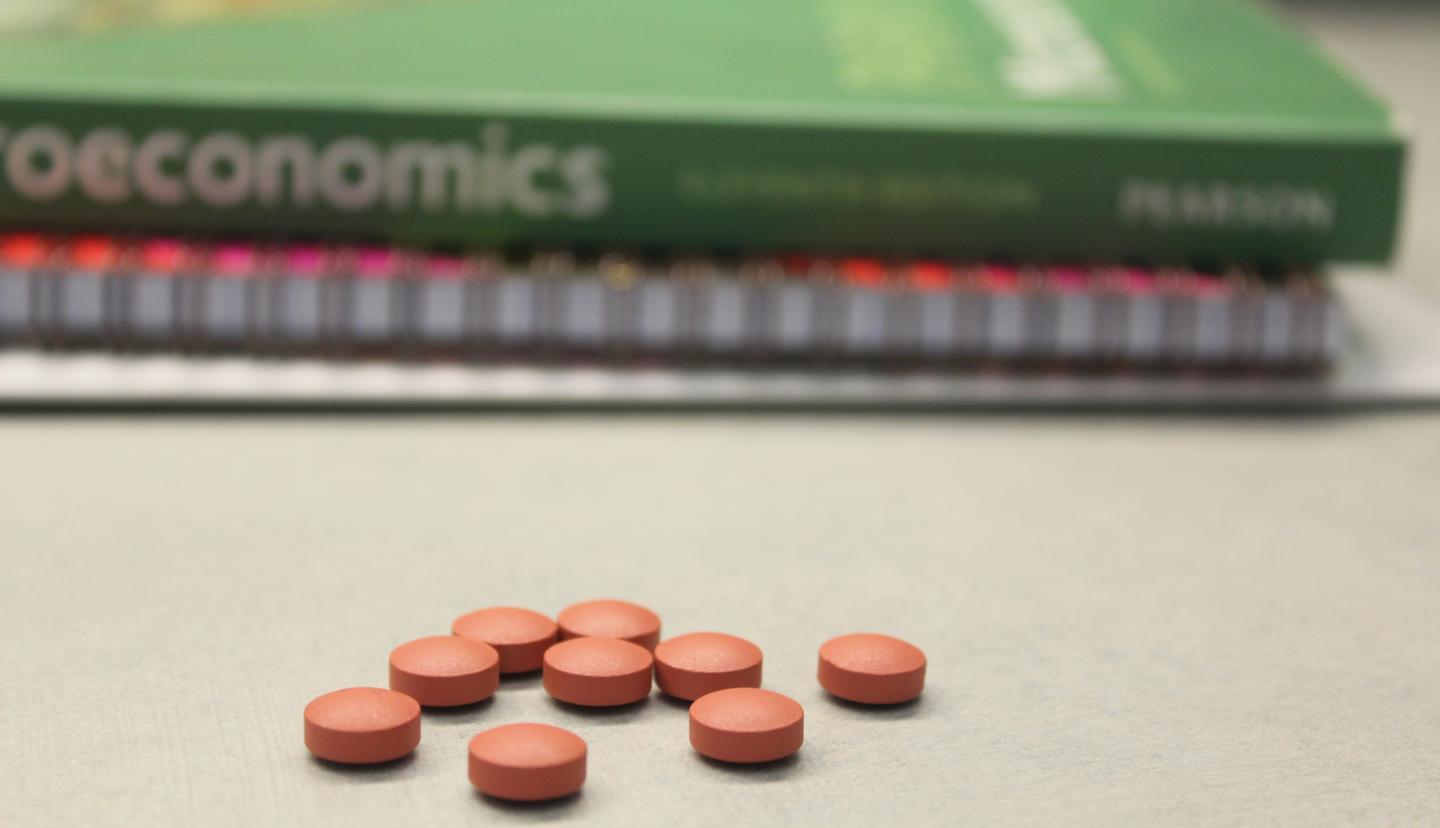 Getting into trouble with drugs is one way to derail a promising future, and a lot more than traffickers in hard narcotics are engaging in risky behavior on university campuses. A recent literature review published by researchers at the University of South Carolina shows that one in six college students misuse common stimulant medications prescribed for attention deficit hyperactivity disorder (ADHD). Given that Ritalin, Adderall and their ilk are Schedule II controlled substances -- the same as cocaine and methamphetamine -- a lot of young adults are flirting with potentially serious legal jeopardy.

Senior psychology major Kari Benson has seen that firsthand with fellow students. As a sophomore, she had started working with associate professor Kate Flory in the University of South Carolina's Parenting and Family Research Center, studying social impairment in children with ADHD.

Friends would ask her what she was up to, and once word got around that she was doing ADHD research, a few acquaintances that didn't know her very well started making requests.

"People would ask me if I could get them Adderall or Ritalin," Benson says. "I realized that this was a pretty prevalent issue on campus, and I wanted to see what I could do about it."

She set out to analyze collegiate misuse of stimulant ADHD drugs, earning a grant as a Magellan Scholar from the Office of Undergraduate Research to help put together a survey of Carolina students. To familiarize herself with previous work in the area, she prepared a literature review that Flory thought merited publication, particularly because it highlighted how much uncertainty there was in the field.

"If you looked at individual studies, the rates of college student misuse were all over the place," says Flory. "They ranged from 2 percent to 43 percent. So when we submitted this for publication, the journal was really interested in us doing a meta-review of all the existing studies."

That involved standardizing and pooling data from 30 articles, which Benson and Flory did in collaboration with Kathryn Humphreys of the Tulane University School of Medicine and Steve Lee of UCLA. They recently published their results in the journal Clinical Child and Family Psychology Review.

Because the meta-analysis comprises a much larger sample size than any individual study, it provides greater statistical certainty in conclusions. One result is the finding that 17 percent of college students misuse stimulant medications prescribed for ADHD. Misuse includes taking more than prescribed or taking the medication without a prescription.

Recreational use of the drugs, such as taking them with alcohol to prolong the amount of time a student can party, is less prevalent but extremely dangerous. "It makes it possible to drink beyond the normal limit," Benson says. "So instead of passing out drunk, you might end up in the hospital having to get your stomach pumped."

The review also concluded that the most common source of stimulant drugs was among friends, meaning there's an informal network of students sharing Schedule II controlled substances on most college campuses. Each individual in the network carries legal risks not just for possession and trafficking, but also potentially for the consequences of someone else's highly hazardous -- and possibly fatal -- recreational abuse of the drugs.

Benson and Flory are using the meta-analysis and the results of their student survey, which involves more than a thousand Carolina students, to examine specific characteristics that are associated with misuse of the drugs. They hope that will help identify students for intervention programs on college campuses.

"That's something we're hoping to do here," says Flory. "We have a substance abuse prevention and education office, and they have a group that's focused on prescription medications. We've pulled together an interdisciplinary group of researchers here at USC to apply for a grant from the National Institute of Drug Abuse, which would enable us to actually do an intervention on campus."

Could saffron be as effective as stimulant medicines in treating ADHD?