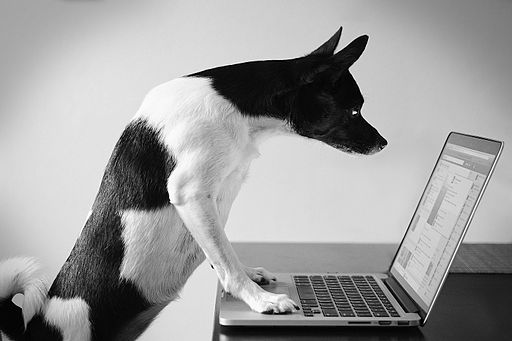 (Image: By Airman 1st Class Devin N. Boyer via Wikimedia Commons)​
A new study has found that internet discussion forums have positive links to well-being and are even associated with increased community engagement offline

A new study has found that internet discussion forums have positive links to well-being and are even associated with increased community engagement offline, contrary to a common perception of them being outdated and prone to trolling.

Research just published in the journal Computers in Human Behavior found that online forums have benefits for both individuals and wider society and are of greater importance than previously realised.

Although seemingly eclipsed in the past decade by social networking sites such as Facebook and Twitter, forums are still regularly used by around 10% of online users in the UK and 20% in the US. The study's authors believe this value may stem in part from the fact that forums represent one of the few remaining spaces online that afford the user the potential for anonymous interaction.

In the study, users were approached on a range of online discussion forums catering to a variety of interests, hobbies and lifestyles. Those recruited to the study were classified in two groups: those whose forum subject could be considered stigmatised (such as those dealing with mental health issues, postnatal depression or a particular parenting choice for example) or non-stigma-related forums (such as those for golfers, bodybuilders and environmental issues).

They were asked a set of questions relating to their motivations for joining the discussion forum, the fulfilment of their expectations, their identification with other forum users, their satisfaction with life and their offline engagement with issues raised on the forum.

Lead author Dr Louise Pendry of the University of Exeter said: "Our findings paint a more optimistic picture of old-style online discussion forums. Often we browse forums just hoping to find answers to our questions. In fact, as well as finding answers, our study showed users often discover that forums are a source of great support, especially those seeking information about more stigmatising conditions. Moreover, we found that users of both forum types who engaged more with other forum users showed a greater willingness to get involved in offline activities related to the forum, such as volunteering, donating or campaigning."

Dr Jessica Salvatore of Sweet Briar College, USA, added: "What we are seeing here is that forum users who get more involved develop strong links with other users. They come to see themselves as more identified with other forum users. And then these more identified users see the greatest benefits, in terms of positive links with mental health and getting involved offline. In a nutshell, the more users put into the forum, the more they get back, and the pay-off for both users themselves and society at large can be significant."


Study Reference: 'Individual and social benefits of online discussion forums' by L. Pendry and J.Salvatore is published in the journal Computers in Human Behavior

Wow.
Of course... we know that HERE. Nice to hear someone else say it!