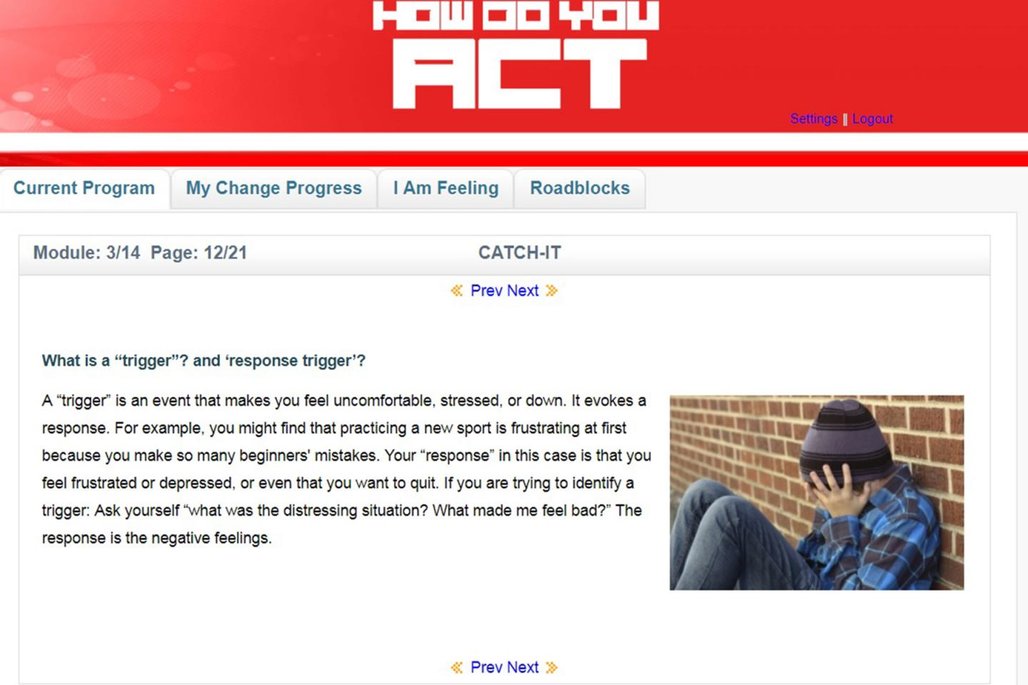 Although up to 20 percent of adolescents experience a depressive episode each year, the medical community has struggled to implement programs that effectively prevent depression.

Researchers at the University of Illinois at Chicago have worked to fill this gap in pediatric primary care by conducting clinical trials to evaluate and compare interventions. A new study published in JAMA Network Open highlights the positive effect of one web-based intervention, called CATCH-IT, on preventing depressive episodes among adolescents most at risk.

More than 350 adolescents ages 13 to 18 from a mix of rural and urban areas were enrolled in the trial. Participants had either a history of depression or depressive symptoms, which were measured and assigned a score during screening. The researchers followed the participants for two years and tracked depressive episodes.

While depressive symptoms were reduced across all participants, they found no difference between the groups, except for among higher-risk adolescents whose depressive symptoms scored high on baseline screening. Among this group, individuals who participated in the CATCH-IT intervention demonstrated greater benefit, achieving as much as 80 percent risk reduction for experiencing a depressive episode.

"This study tells us that the online intervention works best for teens who are experiencing worse symptoms," said Dr. Benjamin Van Voorhees, the principal investigator. "We hypothesized that there would be a benefit across all participants, but it is perhaps even more telling to see such a significant risk reduction among a smaller group of high-risk adolescents."

Van Voorhees, professor and head of pediatrics at the UIC College of Medicine, said that the results indicate to physicians and researchers that "when it comes to first-line programs for depression prevention, scalable solutions may need to be targeted to patients based on symptom severity, not prior history alone.

"Often primary care physicians recognize sub-threshold depressive symptoms in their adolescent patients but do not have an appropriate way to respond," said Tracy Gladstone, co-principal investigator and associate director and senior research scientist at the Wellesley Centers for Women at Wellesley College. "Our hope is that this intervention can serve as a first-line, evidence-based response to support symptomatic teens before they develop a full-blown depressive illness."

For parents, Van Voorhees said the results should reinforce the need for action if teens display early signs of depression.

"If their teen's behavior is changing, parents should not wait to seek help," he said. "While this study showed that high-risk teens benefited most from the online intervention, it also showed that participation in the study, regardless of which group, helped reduce depression symptoms. We know that simply engaging in physical activity, practicing intentional positivity and engaging with family, friends and activities can help teens ward off major depressive episodes."

CATCH-IT is an acronym for Competent Adulthood Transition with Cognitive behavioral Humanistic and Interpersonal Training and was designed to teach coping skills to teenagers and young adults. The intervention included 20 modules, 15 of which were for adolescents. The remaining five were for parents. The information in the modules was based primarily on previously validated educational materials on coping with depression and behavioral and interpersonal psychotherapy methods. Example modules included lessons on ways to escape negative thoughts, identifying triggers and habitual responses, and how to solve problems in stressful situations.

The control group intervention consisted of 14 modules for adolescents and four modules for parents that provided instruction on general health topics, such as good nutrition, sleep, exercise and safety habits.