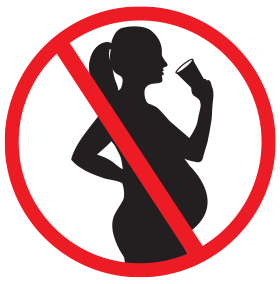 Researchers at the Centre for Addiction and Mental Health (CAMH) have identified 428 distinct disease conditions that co-occur in people with Fetal Alcohol Spectrum Disorders (FASD), in the most comprehensive review of its kind.

The results were published in The Lancet.

"We've systematically identified numerous disease conditions co-occurring with FASD, which underscores the fact that it isn't safe to drink any amount or type of alcohol at any stage of pregnancy, despite the conflicting messages the public may hear," says Dr. Lana Popova, Senior Scientist in Social and Epidemiological Research at CAMH, and lead author on the paper. "Alcohol can affect any organ or system in the developing fetus."

FASD is a broad term describing the range of disabilities that can occur in individuals as a result of alcohol exposure before birth. The severity and symptoms vary, based on how much and when alcohol was consumed, as well as other factors in the mother's life such as stress levels, nutrition and environmental influences. The effects are also influenced by genetic factors and the body's ability to break down alcohol, in both the mother and fetus.

Different Canadian surveys suggest that between six and 14 per cent of women drink during pregnancy.

The 428 co-occurring conditions were identified from 127 studies included in The Lancet review. These disease conditions, coded in the International Classification of Disease (ICD-10), affected nearly every system of the body, including the central nervous system (brain), vision, hearing, cardiac, circulation, digestion, and musculoskeletal and respiratory systems, among others.

While some of these disorders are known to be caused by alcohol exposure - such as developmental and cognitive problems, and certain facial anomalies - for others, the association with FASD does not necessarily represent a cause-and-effect link.

However, many disorders occurred more often among those with FASD than the general population. Based on 33 studies representing 1,728 individuals with Fetal Alcohol Syndrome (Fetal Alcohol Syndrome (FAS)), the most severe form of FASD, the researchers were able to conduct a series of meta-analyses to establish the frequency with which 183 disease conditions occurred.

More than 90 per cent of those with Fetal Alcohol Syndrome (FAS) had co-occurring problems with conduct. About eight in 10 had communications disorders, related to either understanding or expressing language. Seven in 10 had developmental/cognitive disorders, and more than half had problems with attention and hyperactivity.

Because most studies were from the U.S., the frequency of certain co-occurring conditions was compared with the general U.S. population. Among people with Fetal Alcohol Syndrome (FAS), the frequency of hearing loss was estimated to be up to 129 times higher than the general U.S. population, and blindness and low vision were 31 and 71 times higher, respectively.

"Some of these other co-occurring problems may lead people to seek professional help," says Dr. Popova. "The issue is that the underlying cause of the problem, alcohol exposure before birth, may be overlooked by the clinician and not addressed."

The benefits of screening and diagnosis

Improving the screening and diagnosis of FASD has numerous benefits. Earlier access to programs or resources may prevent or reduce secondary outcomes that can occur among those with FASD, such as problems with relationships, schooling, employment, mental health and addictions, or with the law.

"We can prevent these issues at many stages," says Dr. Popova. "Eliminating alcohol consumption during pregnancy or reducing it among alcohol-dependent women is extremely important. Newborns should be screened for prenatal alcohol exposure, especially among populations at high risk. And alerting clinicians to these co-occurring conditions should trigger questions about prenatal alcohol exposure."

"It is important that the public receive a consistent and clear message - if you want to have a healthy child, stay away from alcohol when you're planning a pregnancy and throughout your whole pregnancy," she says.

It's estimated that FASD costs $1.8 billion annually in Canada, due largely to productivity losses, corrections and health care costs, among others.

In addition to this review, Dr. Popova has been part of an expert group of leading FASD researchers and clinicians working with the Ontario Ministry of Children and Youth Services on its new FASD strategy. Her team is also undertaking a study to determine how common FASD is in Canada, as well as in other countries in Eastern and Central Europe and Africa.