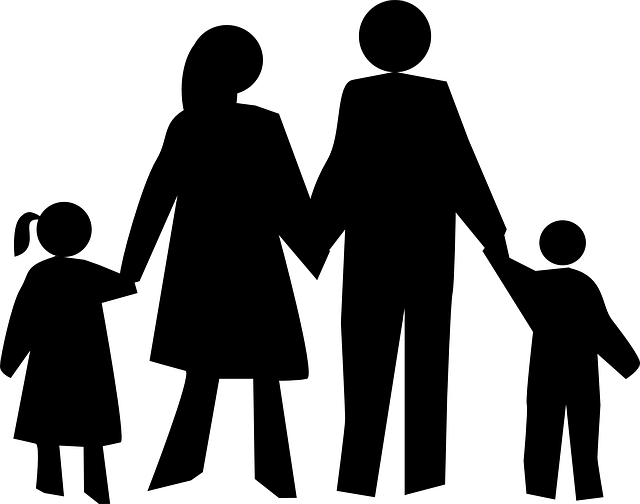 (Image credit: Nemo via wikimedia)
​
Researchers at the University of Miami find personality traits that predict relationship satisfaction among parents of children with autism spectrum disorder

Parenting can be stressful and parenting children with autism spectrum disorder (Autism Spectrum Disorders (ASD)) often means facing more challenges than those experienced by parents of typically developing children. The pressure can take its toll on the parents' relationship. To understand what helps moms and dads of children with Autism Spectrum Disorders (ASD) strengthen their bond, researchers at the University of Miami (UM) are examining the individual factors that predict relationship satisfaction for these couples.

The researchers analyzed the impact that individual traits, such as optimism, social and spouse support, benefit finding and coping styles, have on the relationship satisfaction of parents who have children with Autism Spectrum Disorders (ASD). The findings are shared in a study titled "The Power of Positivity: Predictors of Relationship Satisfaction for Parents of Children with Autism Spectrum Disorder," published in the Journal of Autism and Developmental Disorders.

The study shows that each of these traits was positively associated with better relationship satisfaction. However, only? seeking emotional support, spouse support and benefit finding--the ability to find the good during a bad situation--affected both mothers and fathers. This is the first time a study shows that the effects of positive traits, among parents of children with Autism Spectrum Disorders (ASD), extend to parents' romantic relationships.

"In our day-to-day work with families of children with autism, we have been struck by the strength of the parents and the strength of the marital bonds of many families," said Michael Alessandri, executive director of the UM Center for Autism and Related Disabilities, clinical professor and assistant chair in the UM College of Arts and Sciences Department of Psychology, and principal investigator of the study. "Instead of perpetuating the 'doom and gloom' model of autism's effect on the family, we sought to look at families through a more optimistic lens."

Interestingly, optimism--an individual's expectation about the future--was associated with positive outcomes within the individual, but did not predict their partner's satisfaction, the study says.

For the study, 67 couples parenting a child with Autism Spectrum Disorders (ASD) answered questionnaires designed to measure the impact of five individual traits in relationship satisfaction. The researchers utilized a dyadic model to analyze the responses.

"We see, in our direct contact with the families of children with Autism Spectrum Disorders (ASD), that many are coping well, siblings are adjusting, and marriages are thriving," said Alessandri. "We want to highlight the reasons why those families do well," he said. "After all, it is the positive outcomes that will truly inform our clinical work and help shape more impactful treatments for families."

Other important findings of the study include:

"The findings imply that there are factors that could potentially enhance family functioning, marital quality and parenting, and that strengthening these qualities should be the target of family-focused interventions," Alessandri said.

Naomi V. Ekas is the first author of the study. She was a post-doctoral student at UM's Department of Psychology when she worked on the study, and is now an assistant professor at Texas Christian University (TCU). Other co-authors are Christine Ghilain, M.S., graduate student in the UM Department of Psychology and Lisa Timmons and Megan Pruitt, graduate students at TCU.

The researchers are now focusing their investigation on Hispanic families and siblings. They also hope to expand this work into their intervention research, in an effort to enhance parent training programs and their impact on overall family functioning.


Source: University of Miami
Journal: Journal of Autism and Developmental Disorders
This article is not intended to provide medical advice, diagnosis or treatment. Views expressed here do not necessarily reflect those of ConductDisorders or its staff.
C

I find this point of view dumbing , it would make sense to anyone if u have a marriage and siblings to anyone w any disorder that outlook would be better , I have no one its me and him no second parent no siblings let's talk about that