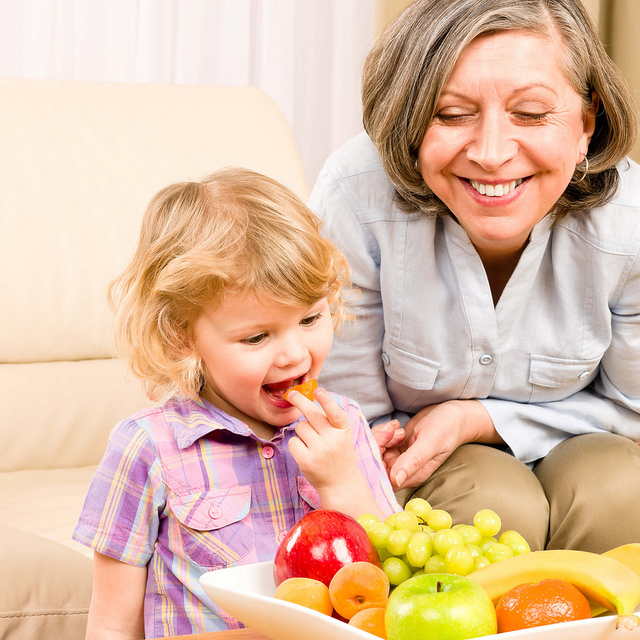 (Image credit: USDA, cc 2.0 ) ​
Single grandparents raising grandchildren are more vulnerable to poor physical and mental health than are single parents, according to a study recently published in Current Gerontology and Geriatrics Research.

These caregivers may be at greater risk for diminished physical capacity and heightened prevalence of depression, researchers found.

Researchers at Georgia State University and the University of Toronto found that solo grandparents caring for grandchildren fare worse than single parents across four critical health areas: physical health, mental health, functional limitations and health behaviors. Their research looked at a sample of solo grandparents from 36 U.S. states using the 2012 Behavioral Risk Factor Surveillance System, a survey from the U.S. Centers for Disease Control and Prevention.

"The burden of chronic illness among solo grandparents was very worrying," said study co-author Deborah Whitley, a professor of social work in the Andrew Young School of Policy Studies' School of Social Work at Georgia State. "One in four solo grandparents reported they had diabetes and one in five had chronic obstructive pulmonary disease and asthma. One in six had a heart attack. With this level of illness, it is not surprising that 32 percent reported that their physical health was not good more than one week in the past month."

An estimated 920,000 American children are being raised by solo grandparents without a parent in the home.

"Many solo grandparents are quite elderly, yet they are raising some of the nation's most vulnerable children with shockingly limited resources," said co-author Esme Fuller-Thomson, a professor in Toronto's Factor-Inwentash Faculty of Social Work and the Institute for Life Course & Aging. "One-quarter of solo grandparents were over age 70. More than a quarter of these households reported incomes of less than $15,000 per year. And more than one-third were raising more than one child, and half the children were less than 12 years of age."

As America celebrates Grandparents Day the authors believe their findings signal the need for policies that will foster the delivery of health services that effectively address the physical and mental health needs of this population.

They point to health professionals from multiple disciplines as an important resource in reducing their health problems and helping to increase their physical and emotional capacity to support and nurture the grandchildren in their care.