Teen marijuana use down despite greater availability 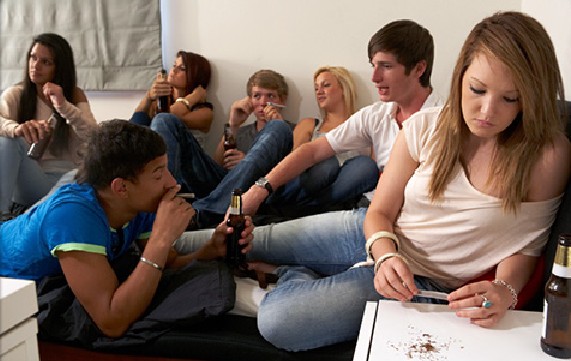 (Photo credit: Day Donaldson via flickr) ​
Concerns abound over whether laws legalizing pot for medical, recreational use will get drug into hands of more young people

Marijuana use among American high school students is significantly lower today than it was 15 years ago, despite the legalization in many states of marijuana for medical purposes, a move toward decriminalization of the drug and the approval of its recreational use in a handful of places, new research suggests.

The Johns Hopkins Bloomberg School of Public Health researchers say, however, that marijuana use is significantly greater than the use of other illegal drugs, with 40 percent of teens in 2013 saying they had ever smoked marijuana. That number was down from 47 percent in 1999 but up from 37 percent in 2009. By contrast, just three percent had ever tried methamphetamines in 2013 as compared to nine percent in 1999.

"People have been very quick to say that marijuana use is going up and up and up in this country, particularly now that marijuana has become more normalized," says study leader Renee M. Johnson, PhD, MPH, an assistant professor in the Department of Mental Health at the Bloomberg School. "What we are seeing is that since 1999 -- three years after medical marijuana was first approved -- the rates of marijuana use have actually fallen. But we will be watching those states where recreational marijuana use has been legalized to see if that leads to increased use among teens."

Johnson says she isn't sure why rates of marijuana use have fallen since 1999. The 1980s and the early 1990s were a time when it was very difficult to obtain marijuana due to a federal crackdown on illicit drugs and strong anti-drug education programs, such as the "just say no" campaign. But use shot back up in the late 1990s. While rates of use have been falling since 1999, they started to rise again in 2009. Time will tell, she says, whether the recent uptick in marijuana use is just a statistical blip or a sign that greater availability of the drug is leading to a reversal of the decade-long downward trend.

Colorado, Oregon, Alaska, Washington and the District of Columbia have laws that legalize some recreational use of marijuana, which have only been passed in recent years. The longer those laws are in place, Johnson says, the more likely there could be an effect on marijuana use among teens -- even though it is technically illegal to use pot under age 21. Johnson and her colleagues are studying the laws in Colorado and Washington state, whose laws went into effect November 2012 and over 2013, respectively.

Johnson and her colleagues examined data from the National Youth Risk Behavior Survey, a biennial school-based survey of students in grades nine through 12, which gathered information from more than 115,000 adolescents throughout the U.S. They analyzed information from 1999 to 2013. The survey has been conducted by the U.S. Centers for Disease Control and Prevention since 1990.

Even though marijuana use is lower today than it was 15 years ago, Johnson says it may be time to promote programs that educate high school students about the specific harms of marijuana use -- something that mostly hasn't been done. The focus has been more on preventing teens from using tobacco and alcohol.

"We've done a really good job in public health of alcohol and tobacco use prevention," she says. "We haven't done the same with marijuana. We would do well to follow the lessons learned from those programs, which have been pretty successful."

The gut punch of motherhood
2