Teens know dangers of driving and cellphone use, yet do it anyway, Penn research shows 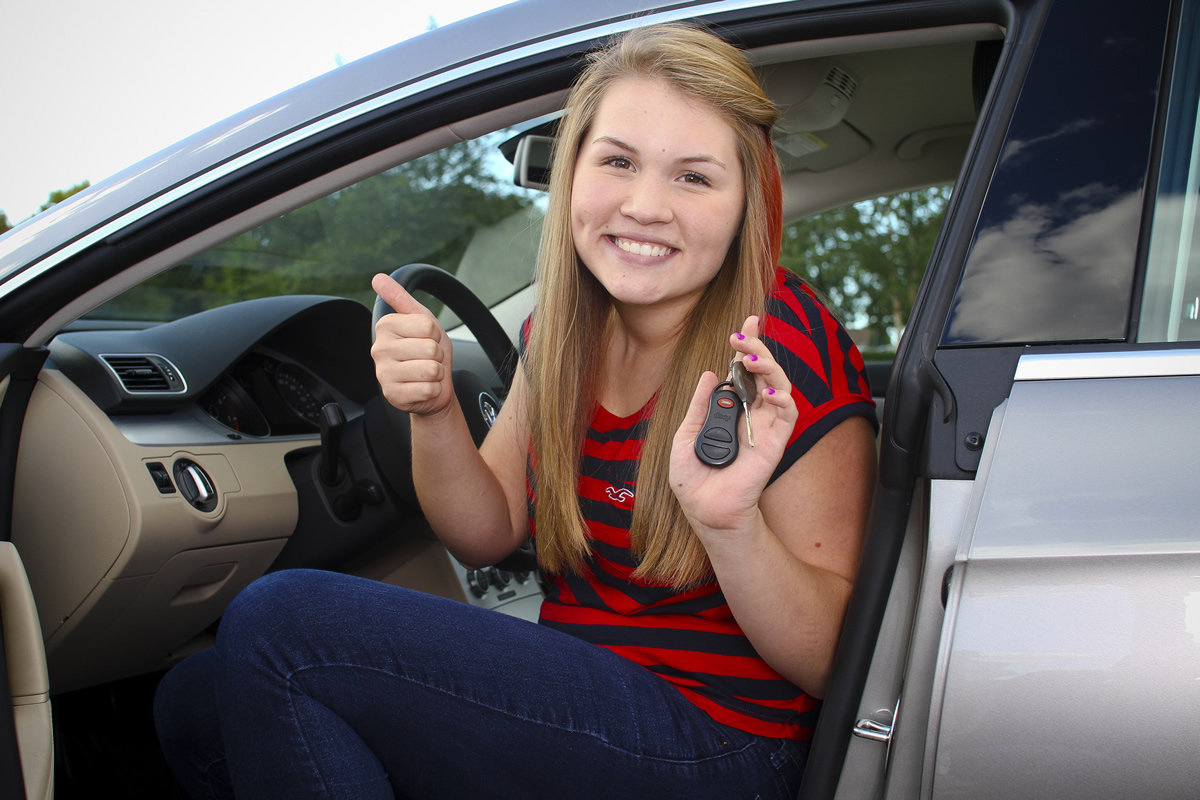 (Photo credit: State Farm via flickr, cc 2.0)​
What happens when "Tom Hanks," "Tom Cruise" and "Kesha" sit around a table? When the talkers are actually teens using researcher-requested pseudonyms they chose to anonymously discuss their driving habits, the results are surprising, maybe even more so than if the real celebrities got together.

Specifically, the 16- to 18-year-olds were examining distracted driving, one of seven such conversations that took place with 30 teens. "We like to think about it as driver inattention," said Catherine McDonald, assistant professor in the University of Pennsylvania's School of Nursing and in the Perelman School of Medicine Department of Pediatrics. "We think about inattention relative to their hands on the wheel, eyes on the road and mind on the task of driving."

McDonald, who led the study and is also part of the Center for Injury Research and Prevention at the Children's Hospital of Philadelphia, along with Marilyn (Lynn) Sommers, the Lillian S. Brunner Professor of Medical-Surgical Nursing at Penn Nursing, conducted the focus groups during summer 2014 and then analyzed what they learned. They published their findings in the journal Traffic Injury Prevention and in October, presented them at the annual Association for the Advancement of Automotive Medicine conference.

Their ultimate goal, what they're working on now, is to develop an intervention to keep teens safe on the roadways. According to the Centers for Disease Control and Prevention, car crashes kill more teens each year than anything else.

Before McDonald and Sommers could generate a solution, they first had to understand the teenagers' perspective. "Teens think about what they do behind the wheel in very different ways than we think about teens behind the wheel," Sommers said. "To hear what they had to say was absolutely enlightening."

Two central points emerged: Cell-phone use and passengers. Though the former can be an issue for anyone behind the wheel, the latter was particularly poignant to this group, all of whom had been driving for a year or less.

Across the board, the teens said they understood the dangers of texting while driving, but they still engaged in the behaviors. Some teens said they didn't do it -- until the researchers dug a little deeper and found out what that really meant.

"The definition of 'texting while driving' is not the same for everyone," McDonald said. "For example, in their responses the teens would indicate that they didn't text and drive, but then later would say something like, 'At a red light, I'll check my phone.'" The interviewees made a distinction the interviewers hadn't.

The data also helped them understand how teens differentiated between texting and social media use; checking Twitter, for example, wasn't texting while driving. Neither was taking a passenger's picture. Sommers called it a classification system, a continuum of sorts, whereby some actions are too dangerous to ever happen but others, though generally considered unsafe, fall into a grey area.

Context mattered, too, McDonald said. "Whoever was involved on the other side of that communication was relevant to whether they texted or talked [or did neither]," she said. For instance, a significant other or parent yielded often and urgent response, but a random friend did not. A question connected to the reason for driving, for example, from a person the driver was meeting, more frequently got a reply than did an unrelated query.

When it came to questions about passengers as distractors, McDonald said many teens balked at the very idea, until they discussed it among themselves. "We know that peer passengers greatly increase the risk for fatal crashes among teen drivers," she said.

"Relative risk climbs with number," said Sommers. "If you go from one passenger to two, you can just see the risk [increase]. There's good science there. That's clear."

The challenge now is to generate solutions that incorporate ideas from the group that needs help. In other words, working with teens to increase the chance they'll actually change how they act. Decades of research shows that issuing directives -- do this, don't do that -- rarely works. Instead, "partner with them to get to the same end point, to keep people safe, to improve their health," Sommers said, within parameters that fit their lives.