Teens' overall substance use declining, but marijuana use rising 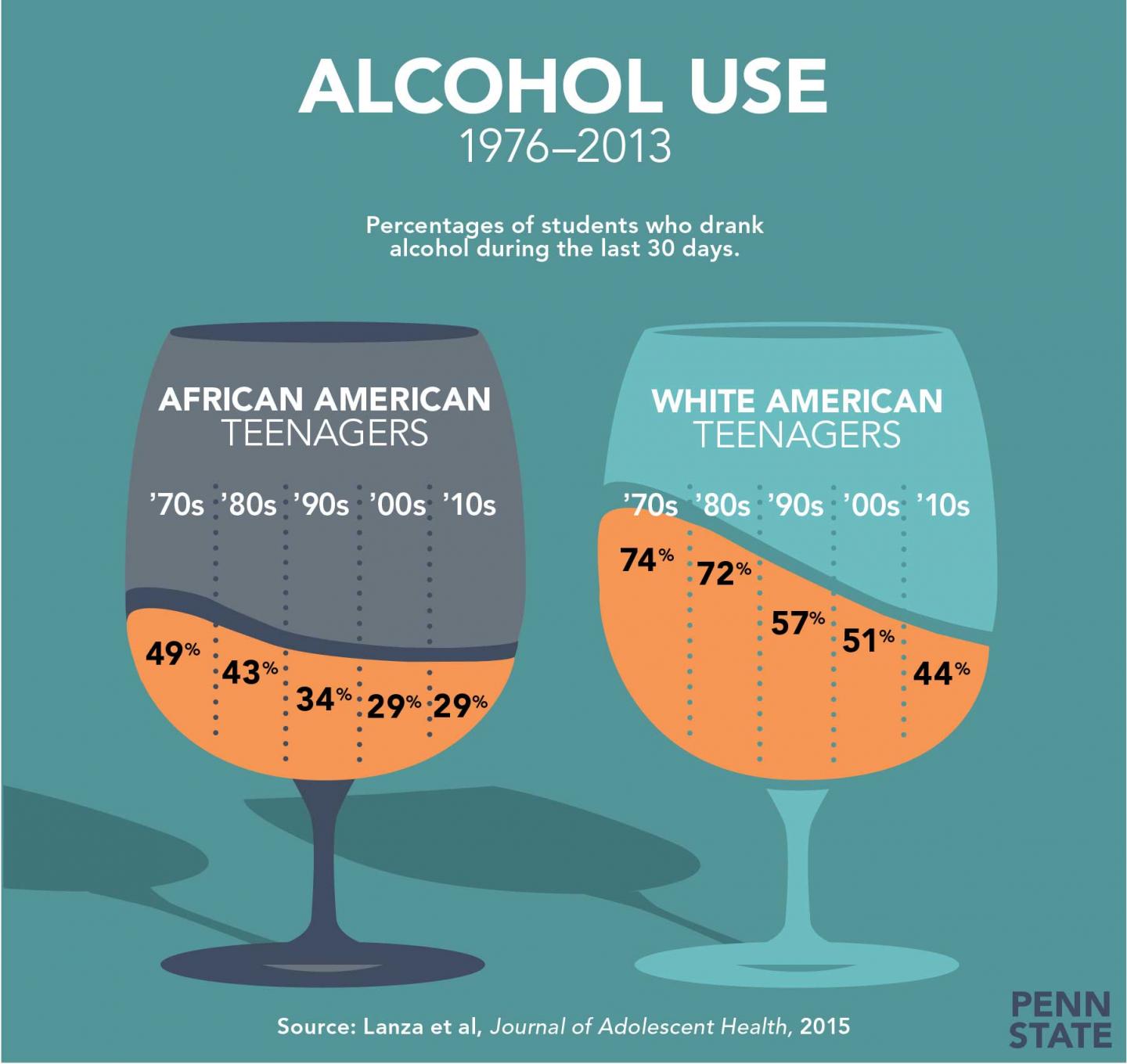 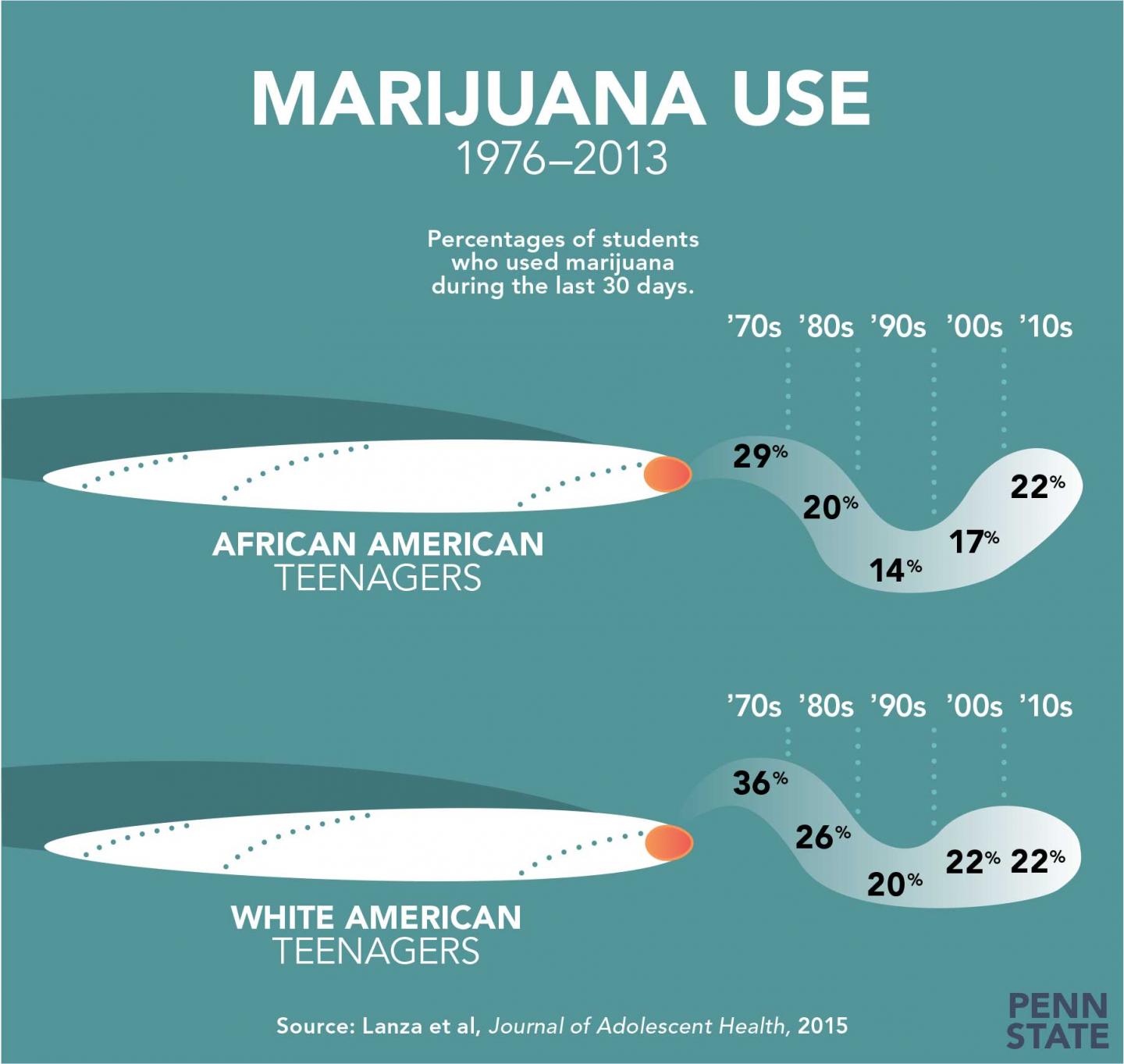 (Image Credit: Penn State)​
Marijuana use in teenagers is on the rise, while cigarette and alcohol use are stable or declining, according to health statistics researchers. In particular, black teens are using more marijuana than in recent decades.

"Our analysis shows that public health campaigns are working -- fewer teens are smoking cigarettes," said Stephanie Lanza, professor of biobehavioral health, and scientific director of The Methodology Center, Penn State. "However, we were surprised to find the very clear message that kids are choosing marijuana over cigarettes."

Lanza and colleagues analyzed data collected from U.S. high school seniors between 1976 and 2013. Nearly 600,000 students were surveyed over this time period as part of the project Monitoring the Future, a long-term ongoing epidemiological study conducted by the University of Michigan. Lanza and her team focused on information reported about the rates of use of three different substances -- alcohol, cigarettes and marijuana -- over the course of 37 years. They report their results today (July 20) in the Journal of Adolescent Health.

The rate of teen alcohol consumption has decreased since the mid-1970s, however white adolescents still drink alcohol more than they use any other substance. White teens' alcohol use remained higher than black teens' throughout the study period.

In the published paper the researchers included line graphs tracking substance use over the past four decades.

"What will this look like in a few years?" Lanza asked, indicating the two lines representing alcohol and marijuana, respectively, on the graph showing black teens' use. "All signs point to these two lines crossing within the next few years. This is a decisive shift."

The researchers intend to continue analyzing teen substance use data. They are particularly interested in looking into a potential correlation between the recent rise of adolescent marijuana use and its legalization in several states.