Teens with bulimia recover faster when parents are included in treatment 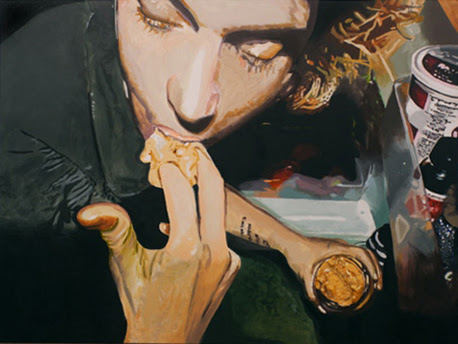 (Image Credit: Maria Raquel Cochez, via Wikimedia Commons cc 3.0)​
Involving parents in the treatment of adolescents with bulimia nervosa is more effective than treating the patient individually, according to a study led by Daniel Le Grange, PhD, Benioff UCSF Professor in children's health in the departments of psychiatry and pediatrics at UCSF Benioff Children's Hospital San Francisco, and James Lock, MD, PhD, professor of psychiatry at Stanford University School of Medicine. The study is the third and now largest randomized clinical trial for adolescents with bulimia nervosa.

This finding is counter to how clinicians are historically trained to care for adolescents with bulimia, which excludes the parents from treatment and counseling.

"Parents need to be actively involved in the treatment of kids and teens with eating disorders," said Le Grange. "This study shows definitively that parental engagement is imperative for a successful outcome of adolescents with bulimia nervosa. It goes counter to the training that physicians receive in psychiatry, which teaches that parents are to blame for bulimia, and therefore should be omitted from treatment."

The paper will be published in the November issue of the Journal of the American Academy of Child and Adolescent Psychiatry, and will be available online Thursday, September 18 at 12am EST.

Between one and three percent of teens suffer from the condition each year in the United States, and most develop the disorder during their adolescence. Because the nature of bulimia is so secretive and the majority of bulimic adolescents remain at a healthy weight, many teens live with the disorder for years before their parents recognize the signs.

The study compared two treatments, cognitive behavioral therapy (CBT) and family based therapy (FBT). CBT focuses on the individual patient, stressing skills training that helps patients gain a thorough understanding of themselves and the irrational thoughts that are causing them to binge and purge. By recognizing and confronting these irrational thoughts, they can change their behavior and healing can occur. FBT works with parents to understand the severity of the disorder and learn how to best support their children on a daily basis to keep them medically safe, and support healthy habits.

In the study, which took place at The University of Chicago (when UCSF's Le Grange was on the faculty there), and Stanford University, the researchers randomized 130 adolescents age 12 to 18 with bulimia nervosa to either receive CBT or FBT. Treatments included 18 outpatient sessions over six months, with follow-up at six and 12 months.

"These findings are quite clear," said Le Grange. "FBT is the treatment of choice for adolescents with bulimia nervosa, because it works quicker and faster and maintains its impact over time. CBT could be a useful alternative if FBT were not available, but it needs to be recognized that it doesn't work quite as fast and takes time to catch up," said Le Grange.

When treating adolescents with bulimia nervosa, it is imperative to reduce the binging and purging behaviors quickly, which can cause premature death. "Every time a patient throws up, there is a risk to rupturing the esophagus, causing electrolyte imbalance and cardiac arrhythmia that can cause death," said Le Grange. "The quicker we can intervene, the better chances we have at keeping a patient safe."

Hope is a key factor in recovering from anxiety disorders