The Lancet Psychiatry: Goth teens could be more vulnerable to depression and self-harm 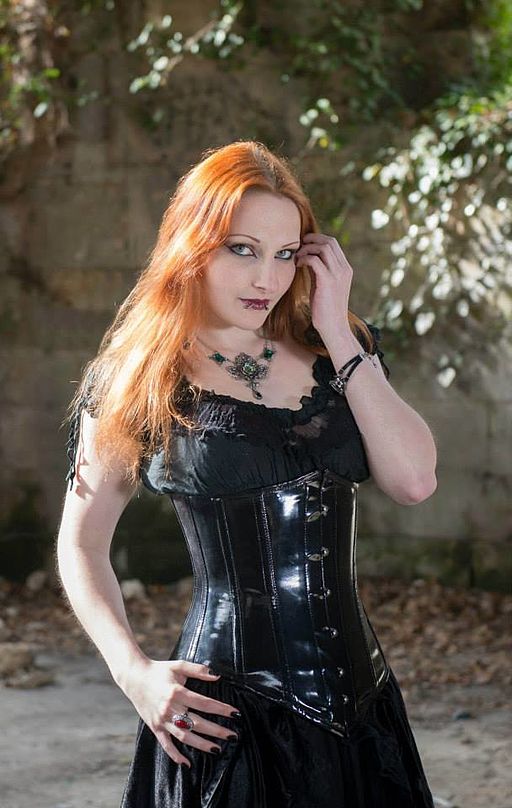 (Image source: Wirklich1198 via wikimedia) ​
Young people who identify with the goth subculture might be at increased risk of depression and self-harm, according to new research published in The Lancet Psychiatry journal.

"Our study does not show that being a goth causes depression or self-harm, but rather that some young goths are more vulnerable to developing these conditions," [1] says lead author Dr Lucy Bowes from the University of Oxford in the UK.

Depression and self-harm are common among teenagers with up to one in five 15 year olds in England saying they self-harm. Contemporary goth youth subculture has been linked with deliberate self harm, but until now whether this association is confounded by the characteristics of young people, their families, or their circumstances was unclear.

The study used data from the UK Avon Longitudinal Study of Parents and Children (ALSPAC [2]) to investigate whether identifying with the goth subculture at age 15 is linked with depression and self-harm in early adulthood.

This current analysis looks at the results from 3694 teenagers who provided information on self-harm and depressive mood and the extent to which they identified as a goth at 15 years, and their self-reported depression and self-harm at age 18. Participants were also asked about identification with a variety of other youth subcultures (ie, "sporty", "populars", "skaters", "chavs", "loners", "keeners", and "bimbos" [3]).

The researchers found that the more young people identified with the goth subculture, the higher their likelihood of self-harm and depression (table 2). For example, compared to young people who did not identify as a goth at age 15, those who "somewhat" identified as a goth were 1.6 times as likely to have scores in the clinical range for depression at age 18, and teenagers who "very much" identified as belonging to the goth subculture were more than three times as likely to be depressed.

Although some other subcultures were also associated with adult depression and self-harm (ie, skaters and loners), the associated was strongest for goths. Young people who self-identified as "sporty" were least likely to have depression or self-harm at age 18.

Goth identification remained a strong predictor of future self-harm and depression even when a wide range of other individual, family, and social factors that are known to increase the risk of self-harm and depression, including previous depression and self-harm, early emotional and behavioural difficulties, psychiatric disorder, history of bullying, and the mental health of mothers, were taken into account.

As this is an observational study, no definitive conclusions can be drawn about cause and effect, and the findings cannot be used to claim that becoming a goth causes an increased risk of self-harm and depression, say the researchers.

They speculate that the goth subculture could provide an important source of validation and a community within which young people who do not conform with societal norms can be understood. "Teenagers who are susceptible to depression or with a tendency to self-harm might be attracted to the goth subculture which is known to embrace marginalised individuals from all backgrounds, including those with mental health problems," [1] explains co-author Dr Rebecca Pearson from the University of Bristol in the UK.

The authors conclude that more work needs to be done with young people in the goth community to identify those at risk of depression and self-harm and to provide support.

Writing in a linked Comment, Professor Rory O'Connor from the University of Glasgow in the UK and Professor Gwendolyn Portzky from Ghent University in Belgium say, "Clinicians working with adolescents showing an interest in goth subculture and displaying signs of goth identification should be aware of the increased risk of depression and self-harm in later adolescence. Further monitoring and assessment of self-harm risk is recommended for these young people."

They add, "It is, however, important to determine whether adolescents identifying with goth subculture seek professional help for emotional problems and whether they have different help-seeking attitudes compared to adolescents who identify with other cultures. If adolescents identifying as goth seek less professional help and have different attitudes, this finding will have important implications for the management of risk of depression and self-harm in this vulnerable group."