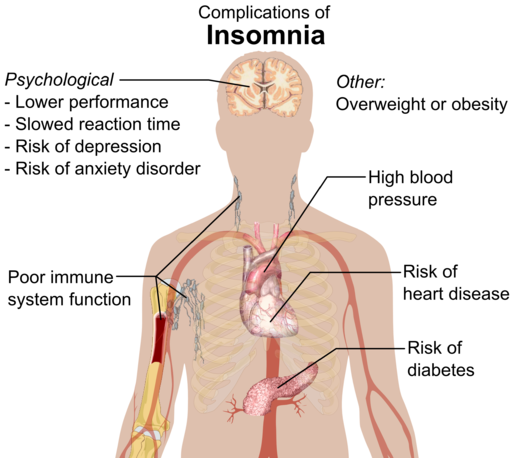 A new study of twins suggests that insomnia in childhood and adolescence is partially explained by genetic factors.

Results show that clinically significant insomnia was moderately heritable at all stages of the longitudinal study. Genetic factors contributed to 33 to 38 percent of the insomnia ratings at the first two stages of the study, when participants had an average age of 8 to 10 years. The heritability of insomnia was 14 to 24 percent at the third and fourth follow-up points, when the average age of participants was 14 to 15 years. The remaining source of variance in the insomnia ratings was the non-shared environment, with no influence of shared, family-wide factors. Further analysis found that genetic influences around age 8 contributed to insomnia at all subsequent stages of development, and that new genetic influences came into play around the age of 10 years.

"Insomnia in youth is moderately related to genetic factors, but the specific genetic factors may change with age," said study author Philip Gehrman, PhD, assistant professor in the Department of Psychology at the University of Pennsylvania in Philadelphia. "We were most surprised by the fact that the genetic factors were not stable over time, so the influence of genes depends on the developmental stage of the child."

Insomnia involves difficulty initiating or maintaining sleep, or waking up earlier than desired, according to the American Academy of Sleep Medicine. Children with insomnia may resist going to bed on an appropriate schedule or have difficulty sleeping without intervention by a parent or caregiver. An insomnia disorder results in daytime symptoms such as fatigue, irritability or behavioral problems.

According to the authors, the results suggest that genes controlling the sleep-wake system play a role in childhood insomnia. Therefore, molecular genetic studies are needed to identify this genetic mechanism, which could facilitate the development of targeted treatments.

"These results are important because the causes of insomnia may be different in teens and children, so they may need different treatment approaches," said Gehrman.

The study group comprised 1,412 twin pairs who were between the ages of 8 and 18 years: 739 monozygotic pairs, 672 dizygotic pairs and one pair with unknown zygosity. Participants were followed up at three additional time points. Average ages at each of the four waves of the study were 8, 10, 14 and 15 years. Results were interpreted in terms of the progression across time, rather than differences between discrete age groups. Clinical ratings of insomnia symptoms were assessed by trained clinicians using the Child and Adolescent Psychiatric Assessment and rated according to the Diagnostic and Statistical Manual of Mental Disorders, 3rd Edition.


Study Reference:
Study results are published in the journal Sleep.


This article is not intended to provide medical advice, diagnosis or treatment. Views expressed here do not necessarily reflect those of ConductDisorders or its staff.
Share:
Share
Top