Update on Bart and Junior (really, I wish I could learn not to care)

I am better than I used to be at keeping my emotions at bay when I have no control, but of course, being a mother, I can't not care at all. So I'm posting the update.

Ex has a contract on her house and wants to move to her new house in another county and new school ASAP. She is trying to hide it from Bart, but Bart and his attorney both know people at the real Estate company and they know that. She has never answered with the affidavit she was supposed to have sent, as court ordered. I do not understand quite what that means, but it's not a good thing for her.

Lawyer S. called Bart today and said he is filing a temporary restraining order on the move as the safest move tomorrow. He is thinking of depositioning her too, but wants to do this first. I don't know why, but he has such a good rep that I told Bart to just go with it. They don't have to actually go to court for a change or residential custody until early Sept. The point is to keep Junior going to his school, which Bart's house is right next to.

Anyhow, fortunately I have a meeting to go to at 3 and will be distracted and will come back with other things on my mind; not distressing things.

I am doing much better this time around and thank the board folks and my new coping skills.


That doesn't mean t hat it's completely a breeze though. It never gets to be, does it?

If we could just learn not to care... that phrase has a glorious, sweet lilt to it.

Can the attorney set something up so Jr.'s school will alert Bart each and every time Jr. is absent, or checks out early? I don't even know if that is possible. I bet Bart's attorney is covering all the bases.

I am cat·a·stroph·izing, or whatever the bad thing is that we are warned about, .....so you won't.
B

Bart is keeping close tabs on the school. They know he is in litigation. His son will tell him if he stays home or is transferred. His son tells him everything. Bart has told him repeatedly that he can't help him if he holds things from him so Junior is used to blowing the whistle on his mom. Plus he doesn't want to switch schools.

The school has not been cooperative. These are summer staff for daycare anyway.

The TRO will keep ex from moving him to a new school for a ten day period. After that, lawyer can assess what to do next based on what ex does. Everyone is watching her closely and she doesn't even know it. She has no counsel.

It all sounds quite positive.

SomewhereOutThere said:
Bart is keeping close tabs on the school. They know he is in litigation. His son will tell him if he stays home or is transferred. His son tells him everything. Bart has told him repeatedly that he can't help him if he holds things from him so Junior is used to blowing the whistle on his mom. Plus he doesn't want to switch schools.
Click to expand...

This is so wonderful that they have a close relationship.

It sounds like the lawyer is doing everything that needs to be done. It's the "not knowing" and the waiting and wondering that are so hard.
Bart is blessed to have you in his corner.

I hope during all of this you are making sure to take care of yourself.

Here's some flowers to brighten your day. 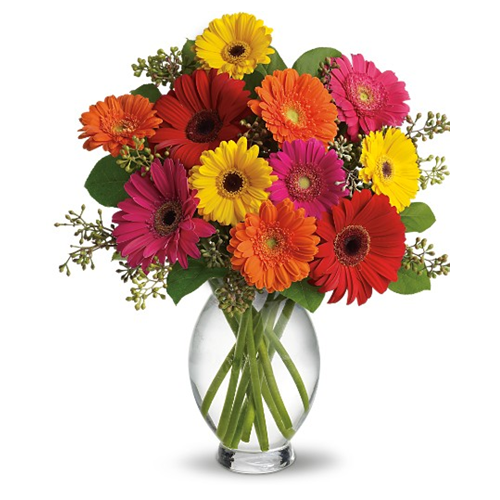 Thank you so much, Tanya. There isn't anything I can really do though. My ex is funding the court battle. I can't.

I just got back from my meeting and am refreshed.

But it's always in back of my mind. You know how it is

B
Update on DS