When it comes to teen alcohol use, close friends have more influence than peers 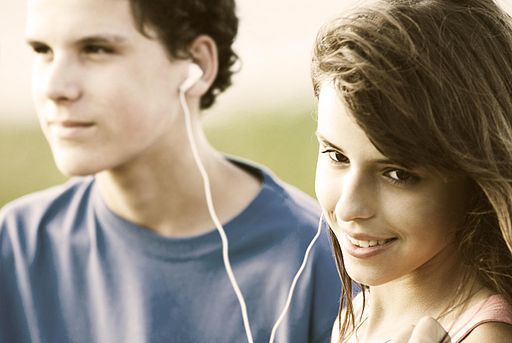 (Photo: SCA Svenska Cellulosa Aktiebolaget)​
A recent study by an Indiana University researcher has found that adolescents' alcohol use is influenced by their close friends' use, regardless of how much alcohol they think their general peers consume.

Jonathon Beckmeyer, assistant professor in the Department of Applied Health Science at the IU School of Public Health-Bloomington and author of the study, said his research generally focuses on the onset of teen alcohol use and how their social relationships shape those experiences.

"We've known for a long time that friends and peers have an influence on individual alcohol use, but there are no common studies that distinguished between the broader peer group and the friend group's influence on those decisions," Beckmeyer said.

Data used for the study were taken from the National Institute of Child Health and Human Development's Study of Early Child Care and Youth Development. Each participant was 15 years old and was asked a series of questions related to how many teens their age and how many of their friends they thought consumed alcohol, and whether they had consumed alcohol themselves in the past year.

The study demonstrated that the participants' perceptions of how many teens in their direct friend group had consumed alcohol held more weight than the perceptions of how many of their peers overall were consuming. In other words, even if a teen perceived that many teens in general consumed alcohol, they were less likely to have experimented with it themselves if they did not think their friends drank alcohol.

"We're spending our time changing perceptions of the broader peer group, but really what might be the more key determinant of teen alcohol use is what's going on in their own friend group," Beckmeyer said. "Really working to encourage teens to make friendships with non-alcohol-using friends could be one of the more effective things parents can do to help."

Beckmeyer presented his study, "Comparing perceptions of how many peers and friends use alcohol: Associations with middle adolescents' own alcohol use" on Nov. 19 at the American Public Health Association's Annual Meeting and Exposition in New Orleans, Louisiana.