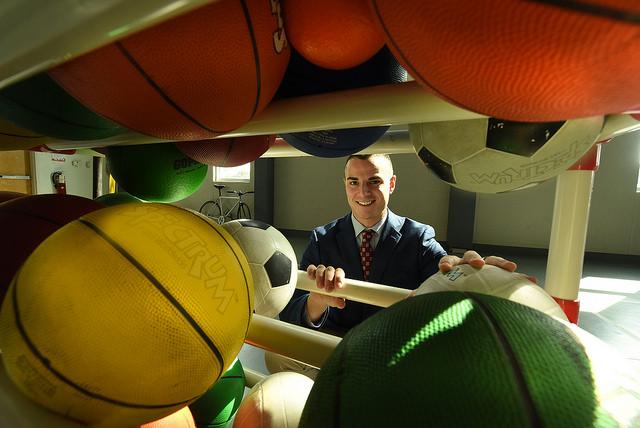 The best way to help young people with neurodevelopmental disorders like autism and attention deficit/hyperactivity disorder get more exercise is to make it fun, according to a small international sampling of adults living with them.

"We found that a child having fun was a much greater indicator of how likely he or she was to continue exercising," said Matthew Lustig, senior medical student at the Medical College of Georgia at Augusta University. Lustig is enrolled at the Augusta University/University of Georgia Medical Partnership in Athens, a four-year campus of the medical school.

Identifying an activity they are good at, from playing basketball to running to tennis, was another top reason for staying physically active, survey participants said. In fact, lack of skill was a much larger deterrent than bottom lines like financial and transportation limitations, said Lustig, who is first-author on a poster presented today at the American Medical Association Research Symposium in Orlando, Florida.

"In targeting interventions that increase exercise, creating more cost-effective options may not be as necessary as creating more fun options," Lustig said.

While the internet and other family and friends tended to be the go-to sources for exercise information, the 132 adults surveyed said they would like the young people's physicians to answer their exercise-related questions. The small survey left Lustig with a lot of follow up questions he plans to pursue, including why pediatricians weren't considered their go-to source.

Still there was a lot of exercise and confidence in its benefits in the households surveyed. The overwhelming number of survey respondents said regular exercise would prevent or delay complications of neurodevelopmental disorders and provide short- and long-term benefit to physical, emotional and social wellbeing. They reported the young people with a disorder in their household generally exercised five days per week for about 100 minutes daily, with cardiovascular activities like basketball, cycling and running as the primary focus. Individuals responding to the survey generally reported being physically active as well.

Participant recruitment was enabled by an internet questionnaire distributed via Facebook to a wide range of groups associated with neurodevelopmental disorders. That approach enabled a national and international participation from adults living with individuals with a broad spectrum of neurodevelopmental disorders. The most prevalent disorders included autism, intellectual disability, ADHD, and Tourette syndrome. The young people with them were a median age of 17; 57 percent were male; and the vast majority where white.

A research elective with Dr. Martha S. Tingen, Charles W. Linder, MD Endowed Chair in Pediatrics and associate director of the Georgia Prevention Institute at MCG, enabled Lustig to put his data and research findings together for the AMA presentation. Centers like the GPI have long studied the benefits of exercise and have shown a cognitive benefit in overweight children, for example, another angle Lustig may pursue in this population.

Dr. Julie Martin, a pediatric infectious diseases specialist who is the site clerkship director for pediatrics at the AU/UGA Medical Partnership campus and helped Lustig put his survey together, noted that most physicians and pediatricians would likely want to directly provide more information about exercise and its benefits. But with limited appointment times -- averaging about 10 minutes for a sick visit and 20 minutes for a checkup -- "It's just challenging to get everything in," Martin said.

This can be particularly difficult in populations, such as the one Lustig surveyed, which already have multiple medical needs. Martin noted a recent visit to her practice of a child thought to have Lyme disease -- which has a long list of symptoms including fatigue, sleep issues and depression -- who instead appeared to be experiencing depression, for which Martin always recommends exercise as a first line of therapy.

The seed for a future as a pediatric neurologist and his interest in the topic of exercise options that work best for children with neurodevelopmental disorders, jelled when Lustig overheard two parents discussing which activity was best for their child while he was volunteering at the Summer Olympics on the UGA campus. Lustig had already worked as a personal trainer, had finished his first two years of medical school and was taking a break in medical school to earn his MBA. His follow-up literature search found little information on the topic. Lustig hopes his current and future studies will help better define the best ways to increase exercise in these children.

When Does a Child Become An Adult?