How a Child Becomes a Scapegoat

Wow. Just wow. And true to those of us who know. I remember as far back as in my 30's realizing I was scapegoated, but I didn't know what to call it and therapists did not explain or know about toxic family dynamics. I find articles like this so validating. 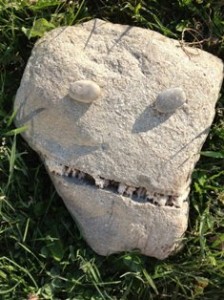 I am not sure if I am now or ever was regarded as the black sheep in my family, but I certainly didn’t feel like I fit in there even before I stood up and publically rebelled against the total family dysfunction I grew up with. I resisted thinking that I might have been “the black sheep” because to me it was an admission of the rejection that I had always felt; rejection that I was terrified to acknowledge. I tried for most of my young years to comply but even that didn’t keep me safe and the feeling that I was “not loved” was always lingering close by.

There were things said all along about me by my family that discredited me long before I ever exposed any of the truth about what had been going on in my childhood. From a very young age I was defined as a story teller and an exaggerator. Being defined that way created a default mode where I was always examining ME and not “them” which served a great purpose for abusers and controllers. Publically, these things were said to discredit me. But why? Why do those foundations get laid in by the controllers in the first place. Why did I need to be discredited?

I was defined as moody and sullen, which may have been true, but why was I moody and sullen? The reasons for the fact that I was withdrawn were never addressed but rather this information was used against me as the proof that something was “wrong” with me. And all this was done long before I ever rebelled or disclosed any of the dysfunction going on in my family. (Yep, yep and yep)

It seems to me as I get more and more clarity into the dysfunctional family system that just as the grooming process of a child is methodical, so is the discrediting process of that same child. People here on Emerging from Broken comment all the time that it is as though “we” have been raised in the same family or “we” must have the same mother or father but the sad truth is that the ways that children are treated, mistreated and devalued are so typical and commonly accepted as “normal” that people are surprised to find out that the difficulties communicated by us as adults regarding what happened to us as children are actually common! (Yes, we take on the role of the reason the family doesn't interact normally and why the parents are inept. It's so easy to start out early blaming a little kid...)

The ways that children are disregarded are so typical in fact that it’s hard to believe there isn’t a script being followed by these manipulative and abusive family members. And the mystery behind why we are so surprised to find so many others who feel the way we have felt is explained by the way we are so successfully groomed to accept and keep the family secrets, “respect” our parents and all their decisions and behaviours as “right” and not question or discover that there could be an explanation for our depressions, low self esteem and other mental health issues.

I was defined from a young age as dramatic, an exaggerator and story teller so much so that I accepted that definition of myself. I believed that I exaggerated ~ and believed this definition of me was proof that I was the one in the wrong and thus the beginning of the Black Sheep Syndrome. (Oh, yes, yes, yes. Because we COULDN'T be telling the truth OR reacting because of abusive phrases shouted at it. It was US, even if we were nine).

I was groomed to believe that the problem WAS me; I tried hard to accept that even though deep down I still thought I was right that I had been wronged but because no one validated me in any of my distress, I continued to beat myself up for not getting over it. (I call this the spin, and abusers/controllers and manipulators NEED to keep victims in that spin to keep the focus OFF the abusers themselves.) Naturally, in this spin my conclusion was that I am the common denominator is everyone’s story and ‘the problem’ at the bottom of every family issue. We live in a society where “majority rules”; it is commonly accepted that if the majority agree that the abuse and dysfunction never happened but was in fact “all in the victims’ warped mind” through that grid of understanding, the majority in a dysfunctional family system is conveniently right. (I still struggle with half thinking it is me. Thank God for this forum and a multitude of very good psychologists, therapists and psychiatrists showing me how it could not have been me. But I will always wonder "well, what if it WAS me?" Guilt provoking which is why I need to get away from those who prey into this feeling about me. They are very harmful to my well being and even my sense of reality).

There is a twofold result when this happens; I questioned my own memories and therefore I questioned the truth itself. I had been taught to question myself and the rest of the world has been warned that I don’t properly present “the truth” so that if I ever TELL the whole story, it will be easily dismissed by those hearing it. I have been labeled all my life as a story teller and an exaggerator so that is how people have come to regard me. This definition of me will protect the perpetrators of abuse from having the spotlight of truth shone on them. When I looked at it through this grid of understanding, it’s easy to conclude that not only is there a twofold result when this happens but there there is also a twofold motive in conditioning and defining a child in this way. It is very similar to “being framed”. (Yes! Yes! Yes! They tell others that WE don't present correctly. WE are crazy. THEY, of course, are a nice, normal collection of reasonable people. It is always us.)

Seeing the whole thing through that grid of both WHY and HOW children are used as scapegoats, labeled as “the problem” and defined as depressed, story tellers, in need of medication, difficult and “always that way” made it easier for me to understand how I willingly stopped fighting their warped definition of me and accepted it for all those years. (Yep. There is nothing you can do to change their minds, but you can detach and see the truth and how you were gaslighted. Doesn't mean we never did anything wrong. Just lets us sit back and see that we WERE picked on. One therapist laughed when I said I did bad things and asked me who didn't? When I told her my deepest "bad things" she said I was reacting to the stuff others were doing to me and that eventually, if picked on enough, everyone will lash out, either passive aggressively or with words. Thank you, Psychologist.)

Another most unfortunate result of this kind of conditioning is that it sends a message to other perpetrators that this child is not believable, leaving that child vulnerable to other predators as well.

Please share your thoughts about how a child becomes known as the black sheep and how this in fact serves the ultimate purpose of the abuser or any other thoughts you wish to share here. Remember that you may use whatever name you wish to use on this site. Your identity is safe unless you reveal it yourself in the comment form.

Exposing Truth; one snapshot at a time;

The Emerging from Broken book is ready for download! If you find that the subject matter I am writing about resonates with you, get this book today! This 197 page, downloadable, printable, live linked e-book will put you on the fast track to healing. Get yours here in the upper right side bar or click this link~ Emerging from Broken The Beginning of Hope for Emotional Healing
Last edited: Jun 5, 2015

The older and further away I get, the more disgusted I get with them. Not to say that I live in anger, but that now when I think of the things that were (are) done to me and said about me instead of thinking "What did I do to deserve that" I think "What kind of parent has two children with Muscular Dystrophy doesn't take them to the doctor to see how to help when they get tired, or smile crooked, or suddenly go from "average kid with excellent grades" to the kid that gets bullied. Who chooses to call them "lazy", "moody", or "sad" instead? I can kind of see it with my older brother - he was ten years older than I and an adult out of the home when he got his diagnosis (and I got mine) but I was 11 years old. Why tell me that you won't do anything to protect me from bullies at school because when you asked who was picking on me and I said "everyone" - because it was everyone, but of course I was exaggerating so there was nothing you could do to help me.

And now I know "why". Because they were sphincters. They knew the reason that I seemed sad and lazy and it was a medical condition and it should have been accommodated and they should have stuck up for me more than any of the others. But if they accommodated my medical condition or stuck up for me they would have to admit that maybe I wasn't "the lazy one" or "the angry one" or "the sad one" and they couldn't just abdicate their parental obligations to me. And I was a little girl on her own, and 35 years later my moron of a mother was still telling me to "stand up straight" as though I actually could. They're miserable people and I dislike them and I have no time for them. If the people around them choose to buy into their manure, that's their problem and there's nothing I can do to change their minds, but I'm not the terrible lazy person that they have made me out to be. They're not the kind of people I need to know. Life is so short and I won't spend another moment of it pretending that there's even a moment that is not worth living. I'm going to enjoy it instead.

But there's not much more you can feel about a sphincter who's abused you when they were supposed to nurture you than be disgusted.

Y
Grateful to read others stories and NarAnon
2

Yet another meeting with Borderline (BPD) team

D
How to deal with guilt?

Aug 16, 2022
brokenmom58
B
B
Parents who are estranged from their children