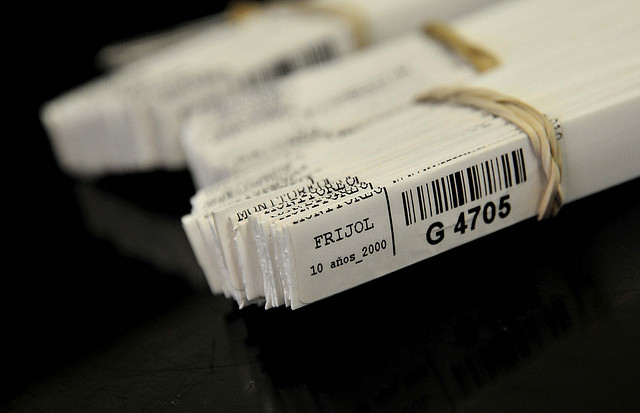 (Photo: Neil Palmer (CIAT)​
Researchers at the University of Leeds have shed light on a gene mutation linked to autistic traits.

The team already knew that some people with autism were deficient in a gene called neurexin-II. To investigate whether the gene was associated with autism symptoms, the Leeds team studied mice with the same defect.

They found behavioural features that were similar to autism symptoms, including a lack of sociability or interest in other mice.

Dr Steven Clapcote, Lecturer in Pharmacology in the University's Faculty of Biological Sciences, who led the study published in the journal Translational Psychiatry today, said: "In other respects, these mice were functioning normally. The gene deficiency mapped closely with certain autism symptoms."

Dr Clapcote added: "This is exciting because we now have an animal model to investigate new treatments for autism."

The researchers also looked at how the absence of neurexin-II was affecting the brain.

Co-author Dr James Dachtler, Wellcome Trust Junior Investigator Development Fellow in the Faculty of Biological Sciences at Leeds, said: "We found that the affected mice had lower levels of a protein called Munc18-1 in the brain. Munc18-1 usually helps to release neurotransmitter chemicals across synaptic connections in the brain, so neurotransmitter release could be impaired in the affected mice and possibly in some cases of autism."

Research by Professor Thomas Südhof, a Nobel prize-winning biochemist at Stanford University, previously established a link between autism symptoms and neuroligin-1, another gene associated with synapse signalling. The Leeds-led study is the first to find a connection with neurexin-II.

Dr Clapcote said: "Not all people with autism will have the neurexin-II defect, just as not all will have the neuroligin defect, but we are starting to build up a picture of the important role of genes involved in these synapse communications in better understanding autism."