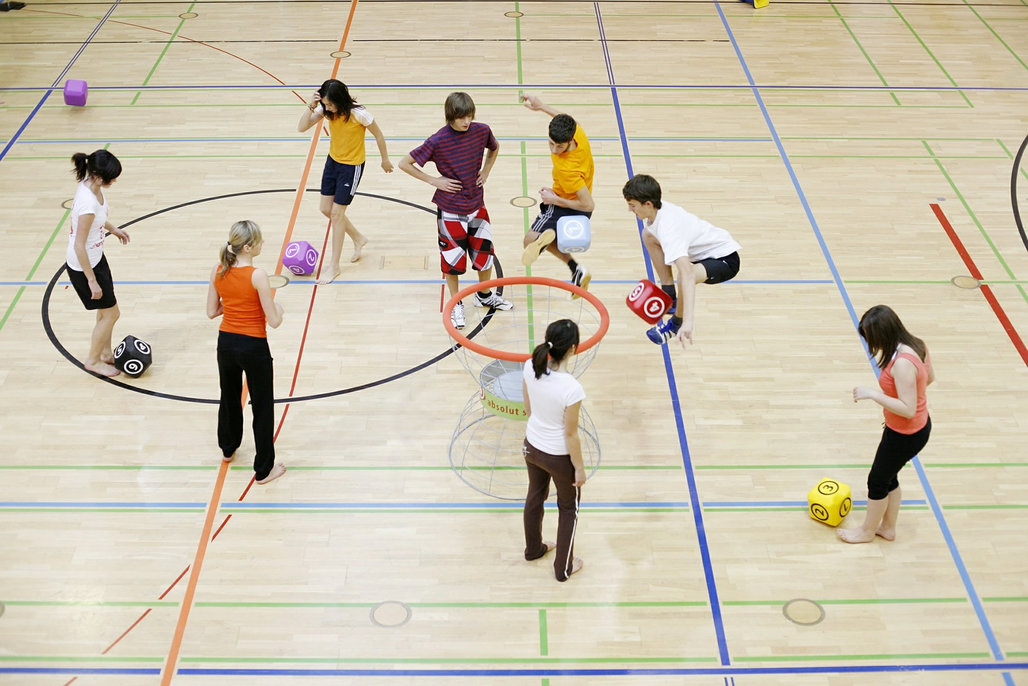 Cardio-respiratory capacity in children has dropped by 25% in 20 years, according to a study by the University of Adelaide in Australia. There are multiple reasons for this, from the social environment and the decreasing number of play areas to a more academic approach towards teaching physical education and the spread of new technologies. But at what age do children lose the desire to exercise? Researchers from the University of Geneva (UNIGE), Switzerland, followed 1,200 Geneva pupils, aged 8 to 12, for two years. The team found out that from the age of 9, the positive reasons for exercising - it's fun and good for your health - begin to be replaced by more displaced incentives: to get a good mark or improve your image with others. These results, which are published in the journal Psychology of Sport and Exercise, call for a more detailed analysis of how PE is taught in schools to counter physical inactivity leading to a sedentary lifestyle from an early age.

Society today is characterized by an increasingly sedentary way of life and a decline in physical activity, which is reflected in the growing number of overweight children (16% of children aged 6 to 12 in Switzerland). In an earlier study, UNIGE researchers noted that the recommendations issued by the World Health Organisation (WHO) for the amount of exercise undertaken by school-age children were not being met, namely: children should be active for at least 50% of the time devoted to physical education lessons in primary school. In reality, they move on average only 38% of the time. And as children grow older, the percentage drops. Why?

The UNIGE researchers tracked 1,200 Geneva pupils aged 8 to 12 for two years. The children had to complete a questionnaire every six months to measure their motivation levels according to a seven-point scale based on different motivational controls related (or not) to practising the actual activity: enjoyment, learning, health, grades, satisfying other people, integration, avoiding guilt or shame, and so forth. "Our results showed for the first time that there is a sharp drop in positive motivations for physical activity (with good motivational qualities), such as pleasure or health, over a child's time at primary school from age 9 onwards", explains Julien Chanal, a researcher in the Psychology Section of UNIGE's Faculty of Psychology and Educational Sciences (FPSE). "And we've never observed this decline at such a young age!" On the other hand, motivations considered counterproductive (with poor motivational qualities) - such as undertaking the activity to get a good grade or to send a positive image to one's classmates - increase as a child gets older. "It's true that harmful motivations do also mean that a child is physically active but these motivational qualities are only positive in the short term, which is counter-productive for a child's physical development. In fact, we know that if children are motivated by good reasons when they're young, then they'll remain active when they're adults", continues Chanal. But what can be done to fight against the early decline of positive motivations?

Given that nine years is a crucial age to establish good, healthy and long term physical activity, the way PE is taught at primary school needs to be analysed, since compulsory education is the only place where every child can be reached. "In recent decades," says Chanal, "PE teaching has changed enormously. Classes are more academic, with children learning about rules, motor functioning, mutual support, etc." But this approach has a direct cost for the child since it reduces the actual time dedicated to moderate to vigorous physical activity, which is already rare outside school.

The UNIGE researchers are now working with the Haute École Pédagogique in the canton of Vaud (HEP Vaud) on teaching physical education in primary classes. The aim is to develop autonomy and cooperation among pupils, and to work on the curriculum, course structure and teacher involvement to help them keep or boost their positive motivations for physical education. "Now that children don't move as much as before outside school, it's vital that the periods earmarked for PE maximize the time they spend moving", adds Chanal. "This is especially the case since, once again, we fall below the standards prescribed by the WHO. Their recommendation is 150 minutes of physical education per week, while students in Geneva only have 135 minutes available, or three periods of 45 minutes each." Teaching physical education has an important role to play in this new global health problem, which affects children at a younger age.