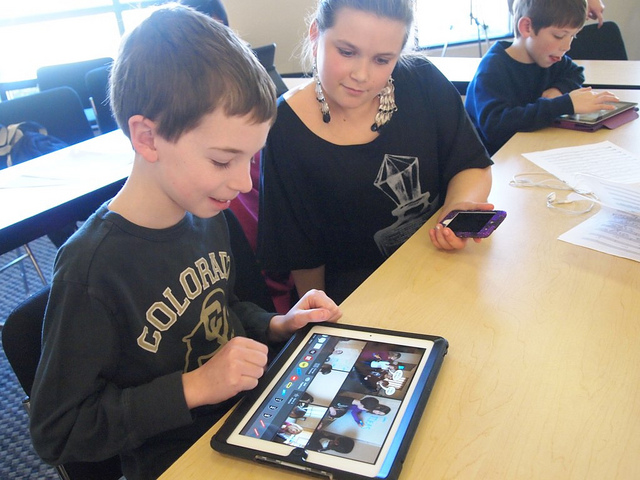 (Image credit: Brad Flickinger via Flickr)​
A little recognition for a job well done means a lot to children with Attention Deficit/Hyperactivity Disorder (ADHD) - more so than it would for typically developing kids.

That praise, or other possible reward, improves the performance of children with ADHD on certain cognitive tasks, but until a recent study led by researchers from the University at Buffalo, it wasn't clear if that result was due to heightened motivation inspired by positive reinforcement or because those with ADHD simply had greater room for improvement at certain tasks relative to their peers without such a diagnosis.

"Our results suggest that the motivation piece is critical," says Whitney Fosco, a graduate student in the Department of Psychology in the UB College of Arts and Sciences. "Kids with ADHD showed more improvement because they are more motivated by the opportunity to gain rewards, not because they simply did worse from the beginning."

The findings come out of a novel study published in the journal Behavioral and Brain Functions that collectively examined two leading theories on ADHD, combining what previous work had mostly looked at separately.

One of those theories suggests that lower-than-average cognitive abilities contribute to symptoms associated with ADHD, such as inattentiveness. The other theory favors motivation over ability, focusing on whether kids with ADHD have an increased sensitivity to reward.

"When asking whether the performance difference we see is the result of ability or motivation, this research has more of an answer than any study that comes before it," says UB psychologist Larry Hawk, the paper's principle investigator.

The results of the research conducted by Hawk, Fosco, UB graduate student Michelle Bubnik and Keri Rosch of the Kennedy Krieger Institute in Baltimore, Maryland, have clinical parallels as well.

Behavioral therapy, which uses positive consequences to increase the likelihood of achieving certain behaviors, is among the leading psychosocial interventions for children with an ADHD diagnosis.

The authors point out that the benefits of reward are not specific to children with ADHD.

"The major difference is that typically developing kids usually perform well even when simply asked to do their best," says Fosco. "But kids with ADHD typically need an external or an additional reinforcement to perform their best."

It's a tricky area of research area, according to Hawk, since some of the subjects are being tested on tasks on which they have a demonstrated history of poor performance.

"You can't say kids with ADHD respond more to reinforcement because they were doing poorly to begin with," says Hawk. "We showed that was not true. It was greater motivation to obtain external rewards that drove the effects we observed."