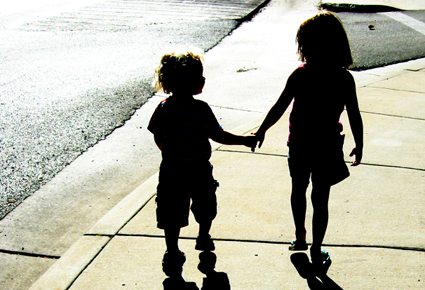 (Photo: hepingting - flickr)​
It is possible to recover from autism, say researchers from Weill Cornell Medical College and the University of Denver, who followed 85 children from the time they were diagnosed as toddlers until they were in their late teens.

Their study, reported online May 30 in the Journal of Child Psychology and Psychiatry, finds that 9 percent of the group improved to the point that they no longer met the diagnostic criteria for autism. Another 28 percent retained features of autism spectrum disorder (Autism Spectrum Disorders (ASD)), such as impaired social functioning, but were doing very well in several areas, particularly cognitive and academic functioning, the researchers report. Many in both groups were enrolled in college

"This rate of improvement is much higher than has been reported before, and that fact offers some very good news," says the study's senior investigator, Dr. Catherine Lord, founding director of the Center for Autism and the Developing Brain, a collaboration between Weill Cornell Medical College, NewYork-Presbyterian Hospital, and Columbia University College of Physicians and Surgeons.

The children who recovered from autism were not misdiagnosed with the disorder as toddlers, Dr. Lord says. At the time of their diagnoses, these children exhibited telltale Autism Spectrum Disorders (ASD) symptoms such as repetitive behaviors and social dysfunction.

Amazing. I wonder what caused the autistic behaviors? If it was a chemical, it could have "worn off." If it was a latent gene, triggered by a chemical, it could have been suppressed by the creation of new synapses formed through special education and training, as well as changes in diet. This study needs to be much, much deeper. You don't just "recover" from autism.
Top