'Are we there yet?' -- explaining ADHD science to children 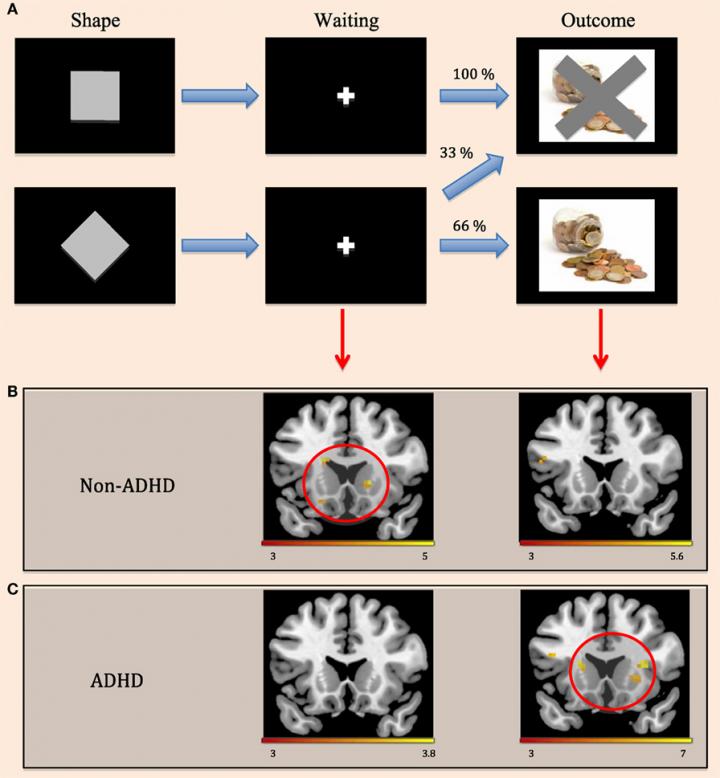 Nobody will deny it: science is very complex. But it does not mean that only a select few should be able to grasp scientific concepts. Many recent efforts have been directed towards involving the public in the scientific process and broadening access to scientific data. Consistent with this approach, scientists at the Okinawa Institute of Science and Technology Graduate University (OIST) just published their research on ADHD in a most unusual academic journal: the Frontiers for Young Minds is an electronic scientific journal whose primary audience comprises children from elementary and junior high schools. Moreover, children are also involved in the fact-checking process necessary for any respected scientific journal, including the thorough peer-review of submitted articles.

In this case, the 'Champions of Science' at the Chabot Space and Science Center, California, USA - their ages ranging from 12 to 15 years -- performed the peer-review of the collaborative research by the OIST Human Developmental Neurobiology Unit, the Federal University of Rio de Janeiro and the D'Or Institute for Research and Education in Brazil. Supported by trained scientists, the young teenagers checked the robustness of the science but also the quality and clarity of the language for everyone to understand the scientific article, titled "Focusing is hard! Brain responses to reward in attention deficit hyperactivity disorder". The young reviewers then provided their feedback to the authors.

The process seems even more appropriate with the topic at hand being the influence of ADHD on children's behavior. More precisely, the scientists long-term plan is to not only understand the nature of ADHD, but to understand how ADHD affects brain processes and how this translates into everyday behavior.

"Kids with ADHD are often misunderstood and thought as 'problem kids' in school and by parents," commented Dr. Emi Furukawa of OIST. "They tend to have more difficulties in everyday activities, sometimes remaining through adulthood, and we want to find out why that might be."

Even if pharmacological treatment is already available, its efficiency is limited due to our lack of understanding of the neurobiology of ADHD.

"We do have some behavioral and pharmaceutical interventions reducing the symptoms of ADHD, but we do not know exactly why they sometimes work and sometimes don't, along with the potential side effects as well," added Dr. Furukawa. "So we want to know exactly what might be happening in the brains of children with ADHD to better refine the interventions for them."

The scientists looked at the part of the brain called the striatum - pronounced "strai-ay-tuhm" as the article explains to the young audience -- which is represented as the reward/pleasure center of the brain.

In short, a group of college students with or without ADHD completed a simple task in an fMRI scanner that measured activity in the striatum when waiting for a reward and when the reward was delivered. Through the fMRI brain scans, the study revealed the striatum of students without ADHD to be much more active in anticipation of the reward, potentially helping to focus onto the task at hand knowing reward was likely to follow. Students with ADHD however displayed the opposite pattern: receiving the reward triggered higher activity in the striatum compared to the anticipation the prize. This may negatively impact the ability of children with ADHD to stay focused if there is no reward immediately at hand.

"As psychologists, we have known we have to reward children with ADHD more frequently," added Dr. Furukawa. "But parents and teachers have a hard time doing so because they wonder 'why do I have to more often reward children who misbehave?'"

As counter-intuitive as more frequent rewards for children who are not following directions might seem, Dr. Furukawa thinks that providing neurobiological-based explanations about ADHD might make more sense to caregivers or parents and help encourage them to implement a behavior management strategy that benefits children with ADHD.

In any case, Dr. Furukawa acknowledged having children "peer-reviewing" the research paper was very beneficial. "They came up with questions that none of the scientific reviewers thought to ask, asking about another part of the brain that lit up in both the ADHD and control groups and wondering about its function. Children have a different way at looking at the world, which as a scientist sometimes makes you re-think the way you explain your research," she concluded. "This system also facilitates fostering the next generation of scientists."

I love science it's my happy place. Gabor Mate has some excellent research on addiction.