Big change in my life

I just thought I would share this with the Board:

After 52 years of smoking (I started at the age of 19, which isn't particularly young to start, and I am now 71), my cardiologist really frightened me and then took me along to meet the doctor in charge of the stopping smoking group that was about to start. It is now three weeks and two days since I had my last cigarette, and I am OK with it, to my amazement.

It's like this: I've had three angioplasties over the years, two of them inserting stents. Both my carotid arteries have been operated on because they were blocked (not at the same time!). After each incident, I stopped for a month or two and then went back to smoking.

Recently I've had a feeling in my legs of intense heat, a burning sensation. Finally I took myself along to the doctor who sent me for dopplers of the arteries and veins. And sure enough: blockages have started. Luckily I had a scheduled appointment with my cardiologist just after that (I see her usually every six months just for check-ups and to tweak medications), and she said that if there is a real blockage, it could cause lack of blood flow starting with my toes, which would become gangrenous and have to be amputated, and that now I really HAVE to stop smoking.

So I went along to this group -- it was a six-week programme. I'm taking Champix. So far so good. Quite honestly I don't feel the urge to smoke, and I have started to think less about cigarettes. The Champix makes me feel quite nauseous a lot of the time, and I haven't put on any weight (YET).

So there you have it -- I can't believe I am no longer a smoker. It has been such a part of me for so long.

Just thought I'd let you all know!

Congratulations on making such a great start! Jabber and I quit in January. This isn't our first time and it won't be the last...since stress this past two weekends have weakened our resolve and we find ourselves smoking - a little - not a pack or anything - but more than we should (which is ZERO). After our son leaves Thursday, we're going to get our heads straight again.

YOU CAN DO IT!

That so great! And good for you for looking after yourself and getting to the doctor.

As an ex-smoker (of many years), I too applaud your initiative and can assure you that the desire for cigarettes drops completely away after time - and I used to be a really "psychological" smoker with the instinct to light up with stress. It has been many years since I have even thought about them.... life is so much better without. So you have done the right thing, it is never too late to give up and the hit of self-respect and sense of achievement from knowing you have kicked the habit is far better and more satisfying than the nicotine hit!!

I started smoking at 15 and quit at about 40 because my younger son who (ironically) is now my Difficult Child used to cry when I smoked for fear I'd die young.

My best friends husband stopped using the same drug that you are on and it was the only thing that was successful for him. He smoked two packs a day for many years. He's a chef so has a lot of stress also. He quit at least five years ago and never went back.

Keep up the good work!!

Staff member
Esther that is wonderful. 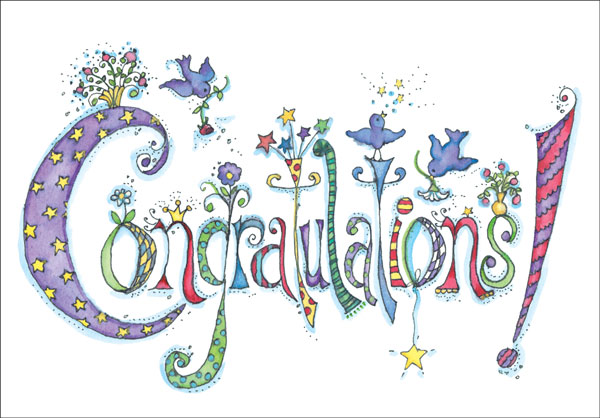 Congratulations Esther. What a huge accomplishment!

My hubby has been mostly smoke-free since January 2015, so I know how difficult it is!

Oh Wow! I just came back to the Board to see -- and there are all these wonderful encouraging posts from all of you. Thank you so much! You make me feel so good.

Truth to tell, I am a teeny bit miserable without cigarettes. No, don't worry, it doesn't make me want to have one. When I look back on it, I suppose I am really lucky to still be alive. Do you know how I discovered that the carotid (first one) was blocked? I had a load of mini-strokes which affected my sight and the way I used my hands -- couldn't use them properly. When it affected my typing at work, I took myself along to the doctor and said I thought I was in the middle of a stroke -- and he said don't be so ridiculous and sent me away. A few days later while I was chatting with my best girlfriend, sudden the words that came out of my mouth were gobbledegook -- and I asked her to take me in her car to the emergency room of the nearest hospital, and sure enough, I was having a series of mini-strokes! Oh boy!

So, since I have so many children and grandchildren and even two great grandchildren, I am lucky to be alive and here to enjoy them. And maybe if I live to be 85 or 90 I might then go back to smoking, when it won't make any difference in any case!!!! But I probably won't want to smoke then.

Thanks you al
S

I am so happy for you! This is a big deal! I am sorry the Chantix makes you sick, but it isn't nearly as bad as what the smoking was doing to you. Luckily your body can reverse some of the bad effects over the next few months/years!

I'm so happy for you, Esther!

I'd much rather be nauseous, LOL!

Best of luck to you. I bet your lungs are already more clear.
E

Thanks, Susie and Going North. My husband (who has some medical knowledge) says I must be careful to monitor myself for side-effects. But so far so good -- except for the nausea!

Believe it or not, after only 2 or 3 days of not smoking, I no longer had to cough before I fell asleep. I was amazed.

I know it is the right thing for me to do. But I have always enjoyed being a little bit "naughty" and I find it difficult to have lost that. I suppose it's time I grew up!

Anyway, I'm saving a lot of money by not smoking. I want to go and visit my Difficult Child in Australia, so this way I can justify spending all that money on the fare.

I'll be taking the Champix for at least six months. It is highly subsidized by our health fund (Israel's equivalent of Britain's National Health Service), on condition you are going to a group for stopping smoking, which I did.

So thanks again for all the support.

So many hugs, Esther. Three weeks! Oh, good for you, so good. Prayers going up for you. Planning to begin again at 90 is a good idea. I am so pleased for you.

You can do this, Esther. In just a few short months more, you will have made a non-smoker of yourself, and it will seem like a dream come true.

You go girl!!!! I know how hard it is, as I watched my husband quit several times!!

Now our Difficult Child smokes...but what can u do...he's alive!

Estherfromjerusalem said:
Truth to tell, I am a teeny bit miserable without cigarettes.
Click to expand...

Esther. I smoked when I was very young and quit when I was still quite young--40 years ago. On October 25th. I still honor that date. I was in a stop-smoking group. I remember the process entirely.

What shocked me at the time was the depression that ensued after I quit. I was bereft. Like I had lost something that was essential and central to me. Like there was a hole in me and in my life. Without cigarettes. Imagine that. What a pity.

So, based upon my own experience of long ago--I think the misery is part of the process--letting go of an addiction.

In my case the sadness soon cleared (less than a month as I remember.) What I did to cope was channel the sadness into anger. Anger at the tobacco companies. The government, for siding with them. It seemed to make sense at the time.

With my anger I was able to channel the conflict to something outside of myself. It worked. What can I say. I never smoked again but wanted to many times, even still.

I am so happy for you, for your family. You are now the hero of your own life. Well, you always were but here is one more thing.

I am happy for your family, Esther. Congratulations to you. You are doing it. One day at a time. (That is still what I am doing, now that I think of it. Forty years later.)

Esther, I am giving you a standing ovation! I quit 14 years ago after 36 years...two packs a day the last 20 years of it.

I know how hard it is. I flunked out of 13 stop smoking programs before I was successful. I also know how wonderful it is to not be a slave to the addiction and to not base my day on when my next cigarette will be. I still think about it occasionally and I still inhale deeply when I pass someone who is smoking. Not to worry- the benefits far outweigh the temptations. I wish you much good luck. This is a brave journey you are on. BRAVO!

Hi Esther...
Another here that is so very happy for you!
I know how hard it is to give up this vice. I also stopped smoking (after 30 yrs) this past March. I just couldn't take a deep breath anymore and it really scared me! I woke up one morning and just decided I wasn't going to smoke another cigarette...it was obvious they were killing me!
But yes it is painful and very difficult at times. Especially when I go to the Casino! LOL at Suz inhaling other's smoking as she walks past them...I do the same thing!!! And...many of my friends still smoke...course they also go to the Casino with me, lol.

Love to you,
LMS
Top