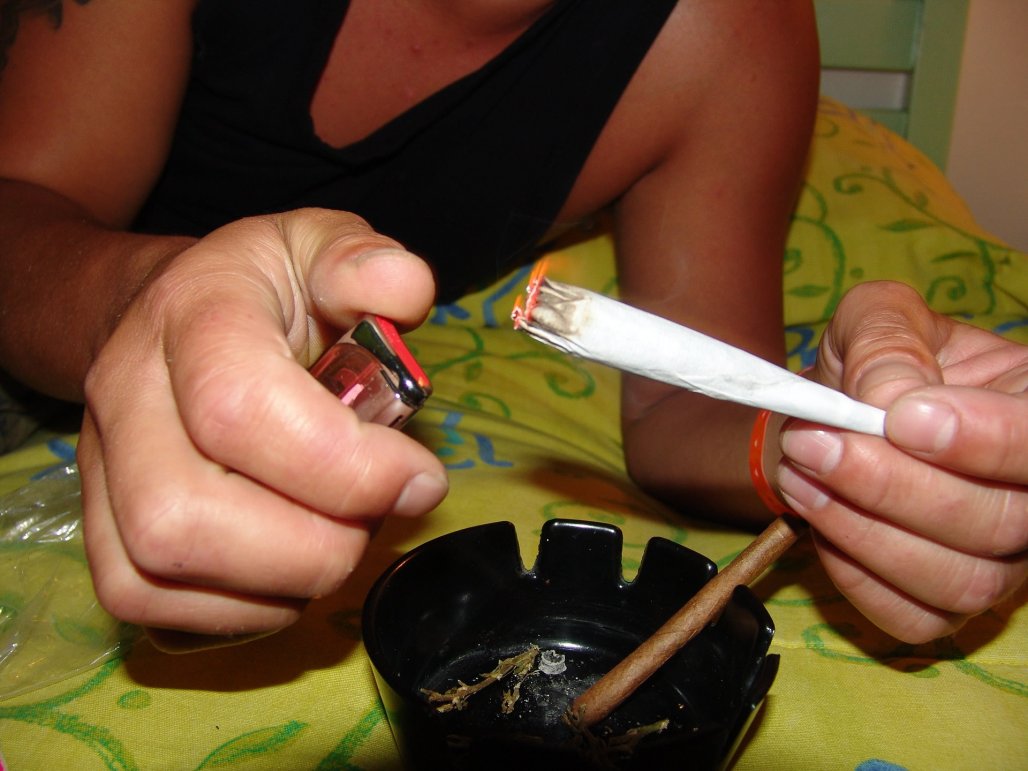 A new study by researchers at the Institut en santé mentale de Montréal demonstrates that sustained used of cannabis is associated with an increase in violent behaviour in young people after discharge from a psychiatric hospital.

The research by Dr. Alexandre Dumais (MD, PhD, FRCPC, psychiatrist at the Institut Philippe Pinel) and Dr. Stéphane Potvin (PhD, professor at the Université de Montréal), which studied 1,136 patients (from 18 to 40 years of age) with mental illnesses who had been seen five times during the year after discharge, took into account substance use and the onset of violent behaviour.

Previous research has already shown that a cannabis use disorder is associated with violent behaviour. According to this new study published in Frontiers in Psychiatry, users who reported at each follow-up visit that they continued to smoke cannabis presented an increased risk (+144%) of violent behaviour.

These results also confirm the detrimental role of chronic cannabis use in patients with mental illness. According to the principal researcher Alexandre Dumais (MD, PhD, FRCPC): "an interesting feature of our results is that the association between persistent cannabis use and violence is stronger than that associated with alcohol or cocaine."

Persistent cannabis use should therefore be considered as an indicator of future violent behaviour in patients who leave a psychiatric hospital for follow-up in an outpatient clinic, although the researcher points out that this behaviour tends to fade with time.

"This decrease could be explained by better adherence to treatment (the patient becomes more involved in their treatment over time) and by better support from their entourage. Even though we observed that violent behaviour tended to decrease during follow-up periods, the association remained statistically significant," noted Dr. Dumais.

The research results also suggest that there is no reciprocal relationship, that is, the use of cannabis resulted in future violent behaviour and not the reverse (for example, a violent person might use cannabis following an episode of violent behaviour to reduce their tension), as was suggested by previous studies.

The effects of cannabis on the brain

A recent meta-analysis of neuroimaging studies demonstrated that chronic cannabis users have deficits in the prefrontal cortex, a part of the brain that inhibits impulsive behaviour.

These results are important because they offer additional information to young adults, who can evaluate the risks of cannabis before deciding whether or not to use it. They will also serve as a tool to develop strategies to prevent the risk of violence associated with cannabis, since these risks have important consequences, both socially and for the health of young adults and for society in general.

But it's only pot right!? Hats what I hear all the time and get laughed out of rehab groups when I say my AS doctor is pot. And yes he has pot induced psychosis.
Top