Don't blame kids if they do not enjoy school, study suggests 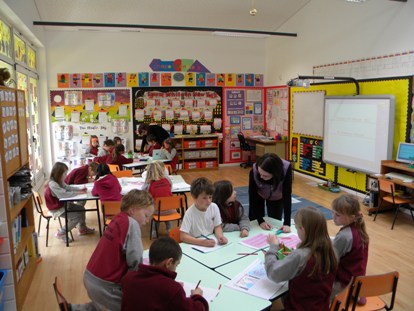 When children are unmotivated at school, new research suggests their genes may be part of the equation.

A study of more than 13,000 twins from six countries found that 40 to 50 percent of the differences in children's motivation to learn could be explained by their genetic inheritance from their parents.

The results surprised study co-author Stephen Petrill, who thought before the study that the twins' shared environment - such as the family and teachers that they had in common - would be a larger factor than genetics.

"We had pretty consistent findings across these different countries with their different educational systems and different cultures. It was surprising," said Petrill, who is a professor of psychology at The Ohio State University.

The results strongly suggest that we should think twice before automatically blaming parents, teachers and the children themselves for students who aren't motivated in class.

"The knee-jerk reaction is to say someone is not properly motivating the student, or the child himself is responsible," Petrill said.

"We found that there are personality differences that people inherit that have a major impact on motivation. That doesn't mean we don't try to encourage and inspire students, but we have to deal with the reality of why they're different."

The findings appear in the journal Personality and Individual Differences.

The study involved separate studies of twins aged 9 to 16 in the United Kingdom, Canada, Japan, Germany, Russia and the United States. The study methodology and questions in each country were slightly different, but all measured similar concepts.

In all the countries, students completed a measure of how much they enjoyed various academic activities. For example, in Germany, students rated how much they liked reading, writing and spelling.

"Most personality variables have a genetic component, but to have nearly no shared environment component is unexpected," Petrill said. "But it was consistent across all six countries."

The results don't mean there is a gene for how much children enjoy learning, he said. But the findings suggest a complex process, involving many genes and gene-environment interactions, that help influence children's motivation to learn.

"We should absolutely encourage students and motivate them in the classroom. But these findings suggest the mechanisms for how we do that may be more complicated than we had previously thought," he said.


This article is not intended to provide medical advice, diagnosis or treatment. Views expressed here do not necessarily reflect those of ConductDisorders or its staff.
I

1 in 6 school children meet criteria for mental disorder diagnosis, according to CDC study