Early warning sign for babies at risk of autism 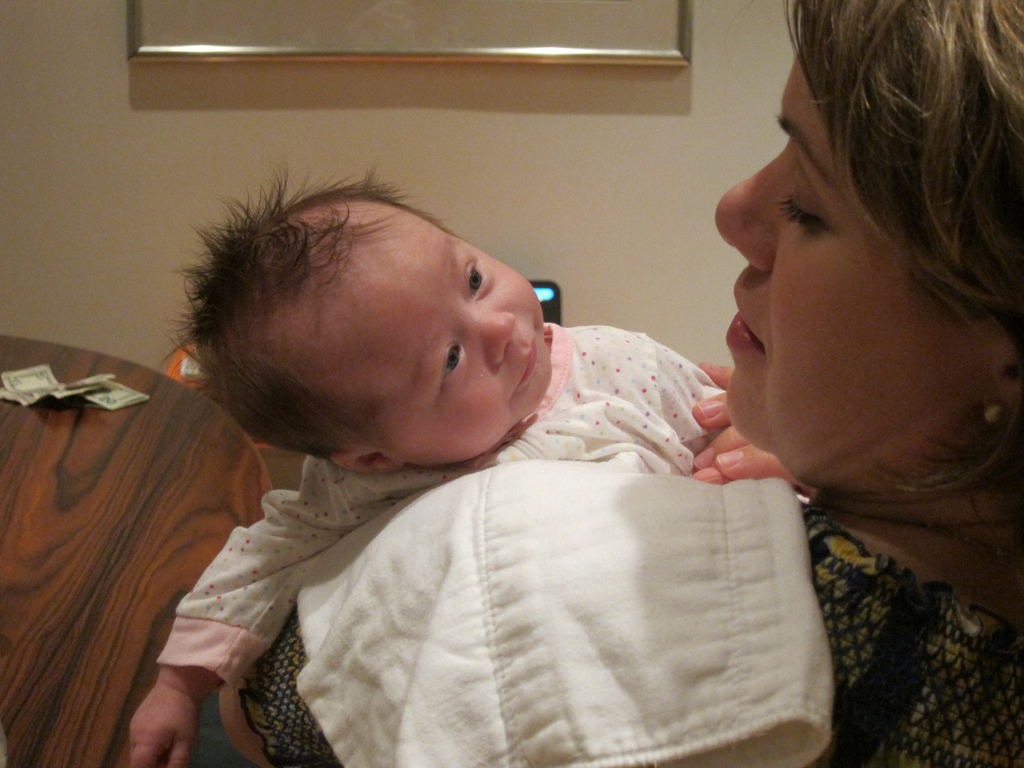 Some babies are at risk for autism because they have an older sibling that has the disorder. To find new ways to detect Autism Spectrum Disorder (Autism Spectrum Disorders (ASD)) earlier in life, researchers are exploring the subtleties of babies' interactions with others and how they relate to the possibility and severity of future symptoms.

A new study helps us to understand the connection between early joint attention before one year and later Autism Spectrum Disorders (ASD) symptoms. Joint attention is an early form of communication that develops toward the end of the first year. It's the act of making eye contact with another person to share an experience.

Previous studies have shown that low levels of initiating joint attention are linked to later autism symptoms in high-risk siblings. The current study reveals that joint attention without a positive affective component (a smile) in the first year is particularly important to this relationship.

"The ability to coordinate attention with another person without a smile, without an emotional component, seems to be particularly important for high-risk siblings in the development of Autism Spectrum Disorders (ASD) symptoms," says Devon Gangi, Ph.D. student in the UM College of Arts and Sciences and first author of the study. "The detection of markers associated with autism early in life, before a child can be diagnosed with autism, is important to help identify children at the greatest need for early interventions."

Not all smiles are the same. Children who were at risk for autism (both those who did and did not later develop symptoms of autism) had lower levels of anticipatory smiles than children who were not at risk for Autism Spectrum Disorders (ASD). That is, when an infant first looks at an object, smiles, and then turns that smile towards a social partner, as if the smile anticipates the gaze. On the other hand, a reactive smile occurs when an infant first gazes at a partner, then smiles. Children at risk for Autism Spectrum Disorders (ASD) did not show differences from low-risk siblings in reactive smiling.

"High-risk siblings seem to have particular difficulty in sharing their preexisting positive affect with another person, which is what happens during an anticipatory smile," says Daniel Messinger, professor of psychology in the UM College of Arts and Sciences and principal investigator of the study. "This difficulty may be indicative of a broader deficit autism trait among most high-risk siblings."

The study is titled "Joint attention initiation with and without positive affect: Risk group differences and associations with Autism Spectrum Disorders (ASD) symptoms." Lisa V. Ibañez, who received her Ph.D. working with Dr. Messinger at UM, is co-author of the study.

The researchers primarily predicted the children's symptom level. Symptoms vary in at-risk siblings, some of whom have an Autism Spectrum Disorders (ASD) outcome and some of whom do not. They did not look at whether the younger sibling eventually received an Autism Spectrum Disorders (ASD) diagnosis. In the future, the researchers would like to examine whether these early behaviors also predict who will have autism.

Study Reference:
Published in the Journal of Autism and Developmental Disorders