Has anyone been following this...

This is disgusting. Vulnerable children are not political props. Someone ought to string this guy up by his family jewels, and his wife too.

They let this get all the way to the conviction of the child rapist before anyone mentioned that it was their State Representative who circumvented the system to get the children then dumped these babies there?

I have a great deal of respect for those of you who raised your adopted children when I read these articles. I remember all of the stories you told, and all of the things that you did to protect them - even when you couldn't keep them in your homes.

Oh, My G*d.
How tragic.
If anything, the Harrises could have asked to dissolve the adoption and to send the girls back to the Hart's (the foster family).
I hadn't heard about this before.
I hope that the girls get a good foster home and that the system is changed. I'm not for big govn't, but there is a reason that adoption goes through court system. This representative clearly scammed the system, and worse, scammed the girls.
And quoting bible verses makes him even bigger scum. He sounds like a self-righteous nut. So WHAT if the girls were violent and too much to handle? So WHAT i f they were on medications? That's what you do as a parent. Do something about it but don't pass them off to the first person you see--or fire.
F

My adopted kids are my kids and the reason my world is so sweet. I don't love them in a different way...they are my kids.

Some people are unable to love children they didn't give birth to and shouldn't adopt. Some sexual predators like this nutcase WANT to adopt little girls...for reasons other than wanting to give them a good home. It is common for predators to hang out in childcare centers (did the article not say he once owned one?) and adopt usually little girls. My Gawd, to me he is too old to adopt such young children anyway, but the social workers would have a hard time turning down some idiot who was elected. That makes him off limits and he would be approved.

As for rehoming adopted children, it can happen and I saw a YouTube video about just that. There are these "moms" who agree to take in uncontrollable or unwanted children and then usually abuse them. I'm not sure what the reason is...not all of the dumped kids had an adoption subsidy. A child adopted either through a U.S. lawyer privately or internationally will not have an adoption subsidy. That is only for children adopted out of foster care in the U.S. The kids I saw on the YouTube tape had mostly come from different countries so there would be no monetary benefit for them unless the parents paid them off.

I a not sure it is illegal to sign legal custody over to somebody else, but I do believe you are supposed to go to court and it is a process. I heard that there used to be private online forums and chat rooms where parents and these "caregivers" would talk about the exchange of children, but they were cracked down on. I'm sure they still talk to one another somewhere.I'm sure these sadistic exchanges still happen. They are more underground than before now.

I have no idea why, if somebody decides a child is too hard for them or that they changed their mind, that they don't call Social Services and get help and maybe CPS can place the children elsewhere. Maybe they care more about how bad it will look to their family and friends than what is best for the child.

The vetting was never really tough for foster care or adoption. A lot of foster parents sexually and physically and verbally abuse their foster children and the kids are too afraid to tell anyoe. Or they do tell somebody, but are not believed. There is no standard for being a foster parent other than you present yourself as not insane while the probably insane social worker is interviewing you a few times and that you are not currently listed as a child predator. We quit foster care partly because of the horrific stories the foster children would tell us, once they trusted us, about certain foster homes they were in. One boy, who is turning out to be a really good human being (it's a miracle) told me that his foster mother used to put a gun to his head while she had sex with him. He was seven.

This licensed foster mother also beat this boy. He has done really well in his adoptive home, surprising everyone who knows his story. His ex-foster mom had been one of the many, many welfare foster mothers. This is their job,a though many don't take it very seriously. They take in as many kids as they can and collect their board payment. It doesn't count as income so would allow them to continue their welfare and food benefits. But there are wealthier, educated surprising foster parents who are every bit as bad. Like this moron who stars in the story here. The foster care system is just lousy. I'm thinking that even orphanages couldn't be worse, really

But you askaed why and I say the system needs a complete overhaul.
Last edited: Mar 7, 2015

I think this is the crux of the issue: "Maybe they care more about how bad it will look to their family and friends than what is best for the child."

It sounds like they are all sick and may have been passing these girls around FOR sexual abuse. I hear it to often about those with so called "Christian" backgrounds (think Catholic Priests) as my husband and I call it "laboring in the vineyard of the Lord" also know as sexually abusing children. Just to be clear, I am not bashing Christians, just the ones who scream their Christianity from the rooftop all the while doing evil things. This guy and his wife seemed to be pretty devout to his religious beliefs - to his adopted girls, not at all. Wonder how self-denial plays into this whole situation. How do you call yourself a devout (and may I say pious?) Christian and throw young innocent children out into the world with no protections. Would like to see the parents charged as accessories to the sex crimes committed plus abandonment and this guy should be thrown out of office.
F

Saying they are very Christian and being big in the church is a way to make many people, especially young girls, trust them.I don't believe they are Chrisitans at all, but predators who use this to get their prey to feel safe with them...and then BAM!

Sociopaths, if you will.

Predators love to be in position where kids are told to trust them. It helps their perverted, sick cause.

I hadn't heard about this before.
Click to expand...

That's the worst part, Terry. None of this came out until after the plea bargain with the child molester they gave the girl away to. This jerk was on the House DHS committee and thought it was enough to drop the head of the department's name around and bully the DHS into giving them these girls.

FWIW, these girls weren't on any medications until they went to live with the Harrises.

At the very least they should arrest them for Fraud - they continued to cash the checks. Whether they forwarded the money to the new "family" is irrelevant. Of course, now that Mr. Harris has been outed for throwing these girls away to a man he'd known for three whole months and was habitually late or a no show for his job at Mr. Harris' Day Care Center, Mr. Harris wants to help the Governor craft legislation to combat the problem of "rehoming". 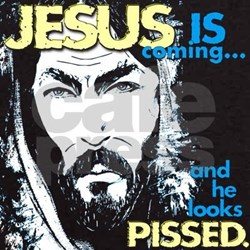 I read this story and wanted to puke. H and I discussed adoption years ago, but we have 5 birth children and didn't believe that we could handle more so we never pursued it.

The rapist is scum and I hope he gets put into general population. As for the adoptive parents, it seems fairly clear that the politician knew what was going on and he should go to jail for conspiracy or aiding and abetting. I don't know the level of the wife's involvement so I can't comment. Rehoming should be made illegal. Children are not dogs and cats and, even for animals, there are people who try to check out and ensure that unwanted cats and dogs go to good homes. It defies belief that children are not accorded the same rights? Where is PETA on this?

I have no comment on the Christian issues because I'm Jewish other than to say that, sadly,, pedophilia exists in all cultures and religions and is not exclusive to the Christian faith.
I

svengandhi said:
sadly,, pedophilia exists in all cultures and religions and is not exclusive to the Christian faith.
Click to expand...

Agree.
AND they will use whatever means or cover available to them to enable them to operate.
F

People tend to trust religious figures so pedophiles use that to get community respect so that nobody will believe the children when they say they were abused. To me, one can say "I am a Christian" or "I am Jewish" or "I am anything" and it is often just words as an ends to a means.

This is so sick. But I'm not about to pin this on true Christians just as I don't blame terrorism on true Muslims.
Top