Staff member
Researchers at the University of Copenhagen and the Copenhagen University Hospital have identified a particular genetic mutation that may cause parkinsonism in young people. The mutation interferes with the brain's transport of the important signal substance dopamine and may also plays a role in mental diseases, e.g. ADHD. 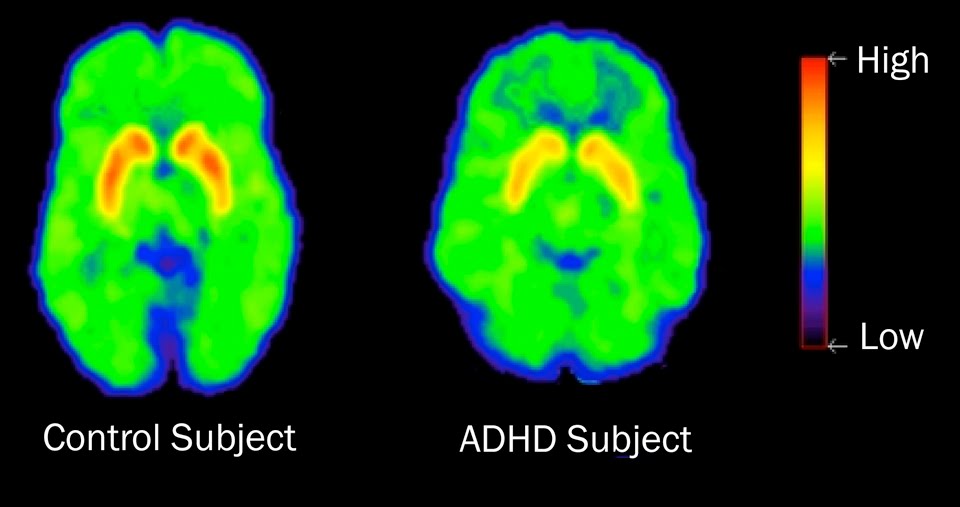 (Photo: Wikipedia)​
Being one of the most important signal substances in the brain, dopamine is particularly important for the control of movements and reward mechanisms in the brain. In the new study, Danish researchers have focused on a special protein, the dopamine transporter (DAT). DAT is a transport protein, which controls the effect of dopamine by mediating re-uptake of released dopamine from the synaptic cleft to the nerve cell. This is a very fine balance – and even small fluctuations can have major consequences for brain function:

"We can now for the first time document that mutations in the DAT-encoding gene can cause parkinsonism in young people. Furthermore, our studies show that the gene mutation is likely to contribute to the development of ADHD", explains Ulrik Gether, Professor at the Department of Neuroscience and Pharmacology, University of Copenhagen.

The researchers believe that DAT mutations may cause or predispose to the development of an entire spectrum of brain diseases – from relatively mild psychiatric diagnoses such as ADHD to serious movement disorders in infants such as Dopamine Transporter Deficiency Syndrome:

"Children born without a functional dopamine transporter develop serious movement disorders from birth, which may result in premature death. We have now identified mutations in the DAT-encoding gene as a novel cause of parkinsonism in adult patients and possibly also to complex mental disorders," says Freja H. Hansen, postdoc at the Department of Neuroscience and Pharmacology.

Genetic analysis based on one man

The scientific article, which has just been published in Journal of Clinical Investigation, is based on one patient only. Neurologists and psychiatrists have examined the male patient, who is 45 years old and has suffered from serious movement disorders since he was in his 20s. Furthermore, he has had various mental problems since childhood. When he was 36 years old, he was diagnosed with ADHD:

"It was a great relief for the patient and his family to get a genetic explanation of a disease that has affected him since childhood," says Freja H. Hansen.

But can the results be used in a wider perspective?

"We will, among other things, create a mouse model with the same genetic deficiencies, and we expect it to become a new disease model for parkinsonism and mental disorders. We hope that this will help us find new and better ways of treating these diseases," says Ulrik Gether.

"We would like to examine the frequency of mutations in the DAT-encoding gene in both children and young adults with serious movement disorders. This knowledge can clarify whether the DAT gene can be used in the genetic investigation of patients. Genetic examinations of embryos may also be relevant for some families," concludes Freja H. Hansen.


Source:
University of Copenhagen – The Faculty of Health and Medical Sciences

Study Reference:
Published in the scientific Journal of Clinical Investigation.