Punishing a child is effective if done correctly 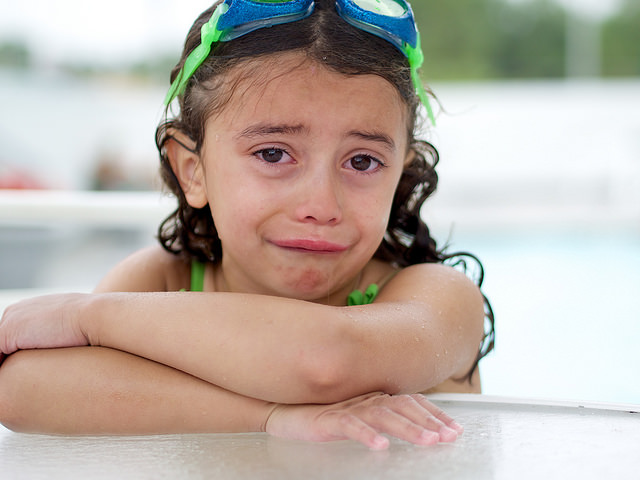 While recently published parenting books have preached the effectiveness of positive parenting and "no drama" discipline, psychologists presenting at the American Psychological Association's 123rd Annual Convention said don't put timeout in timeout yet.

"Parental discipline and positive parenting techniques are often polarized in popular parenting resources and in parenting research conclusions," presenter and researcher Robert Larzelere, PhD, of Oklahoma State University, said at a symposium. "But scientifically supported parenting interventions for young defiant children have found that timeouts and other types of assertive tactics can work if they're administered correctly."

In his presentation, Larzelere said his research team interviewed 102 mothers who provided detailed descriptions of five times they had to discipline their toddlers for hitting, whining, defiance, negotiating or not listening.

Offering compromises was the most effective tactic for immediate behavior improvements, regardless of the type of behavior. Reasoning was the next most effective response when mothers were reacting to mildly annoying behaviors, such as negotiating or whining. Punishments, such as timeouts or taking away something, were more effective than reasoning when dealing with a toddler who was acting defiant or hitting. However, punishments were the least effective tactic for negotiating and whining children and reasoning was not effective when used with children who were defiant or hitting.

Longer-term effects revealed a different pattern. When the moms were interviewed two months later, those who offered compromises too frequently to the children who were hitting or acting defiant said their children were acting worse, Larzelere said. Reasoning, however, was most effective over time for these children, even though it was the least effective response immediately. A moderate use of timeouts and other punishments (less than 16 percent of the time) led to improved behavior subsequently but only for these defiant children.

In another presentation at the same symposium, Ennio Cipani, PhD, of National University, said the reason timeouts don't work or are viewed negatively is because they are not used properly. Cipani and colleagues have been able to observe, in real time, the mistakes parents can make in implementing timeout as part of their in-home services, Cipani said. For example, parents should not make spur-of-the-moment decisions to use a timeout. Rather, they should tell their children ahead of time which behaviors (e.g., hitting, yelling at other children) will put them in timeout and always follow through, he added. Examples of his work are used in his resource guide for parents, Punishment on Trial.

Child behavior therapy can also help parents and children who are struggling, said David Reitman, PhD, of Nova Southeastern University, and Mark Roberts, PhD, of Idaho State University. Roberts presented information on the Hanf method of parenting, based on the work of Constance Hanf, PhD, which allows for an initial stage of positive discipline (i.e., rewarding children for good behavior) and eventually moves into more authoritative parenting techniques (i.e., timeout).

"Allowing the child a second chance to comply with parent instructions by offering a warning for noncompliance has proven beneficial. The number of timeouts during initial therapy declines, while the necessity and effectiveness of timeout remains," Roberts said. "Over time both parent instructions and warnings becoming increasingly effective, reducing the necessity of timeout for noncompliance."

Reitman suggested that parents of typically developing children may view behavior therapy as concerned solely with punishment rather than having broad value for promoting positive child development.

"People who are critical of behavior therapists because they try to 'control' children's behavior are not mindful of behavior therapists' efforts to convey to parents the value of connecting positively with the child," Reitman said. "Therapists can help parents understand the problem, facilitate changes in the environment and help the children acquire the skills they need to become successful."