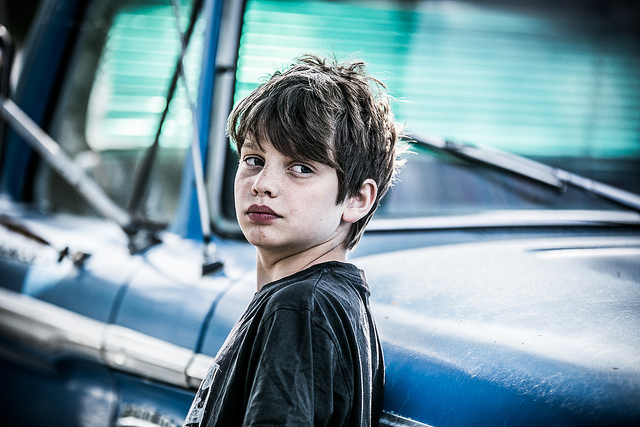 (Photo: Ursula Le Guin)​
Among the negative feelings that can plague a teen's psyche is a perception of "invalidation," or a lack of acceptance. A new study by Brown University and Butler Hospital researchers suggests that independent of other known risk factors, measuring teens' sense of invalidation by family members or peers can help predict whether they will try to harm themselves or even attempt suicide.

In some cases, as with peers, that sense of invalidation could come from being bullied, but it could also be more subtle. In the case of family, for example, a teen who is gay may feel a strong degree of invalidation if he or she perceives that parents would either disapprove or be disappointed upon finding out, said study lead author Shirley Yen, associate professor of psychiatry and human behavior in the Warren Alpert Medical School of Brown University.

For the study, which appears online in the Journal of Child and Adolescent Psychopharmacology, Yen and her colleagues followed a group of 99 teens, each admitted to a psychiatric facility because they had tried to kill themselves or presented a serious risk of doing so, for six months of follow-up. Along the way they assessed the teens' sense of family and peer invalidation as well as other demographic and psychiatric data. They also tracked whether the teens (or their parents) reported new suicide attempts or related events by the teen, or whether the teen was engaging in cutting or other forms of self-harm.

Assessing family invalidation involved asking questions such as, "Were there times when you did not feel accepted by your family? Or that you could not express your true thoughts and feelings? Or that if you did express your thoughts and feelings that you would be dismissed, punished, ignored or made fun of?" There were similar questions about peers.

The researchers assessed invalidation upon hospital admission. Then, at the six-month mark, the teens were asked to recall the degree of such feelings anchored in notable events. Ratings were assigned for each week of that past half-year.

After statistically accounting for other known risk factors such as low positive affect or high levels of aggression, Yen found that a moderate to high perception of family invalidation proved a statistically significant predictor of a later suicide event among boys. A strong degree of peer invalidation, meanwhile, predicted engagement in self-harm behaviors in the overall group (boys and girls).

"What this points to is the importance of assessing for the teen's individual feelings of invalidation," Yen said. "This is different than a lack of social support."

Yen said doctors and psychologists may find the measure of invalidation especially helpful in the context seen in the study: identifying a distinctly higher suicide or self-mutilation risk within a group of teens already understood to be very troubled.

This article is not intended to provide medical advice, diagnosis or treatment. Views expressed here do not necessarily reflect those of ConductDisorders or its staff