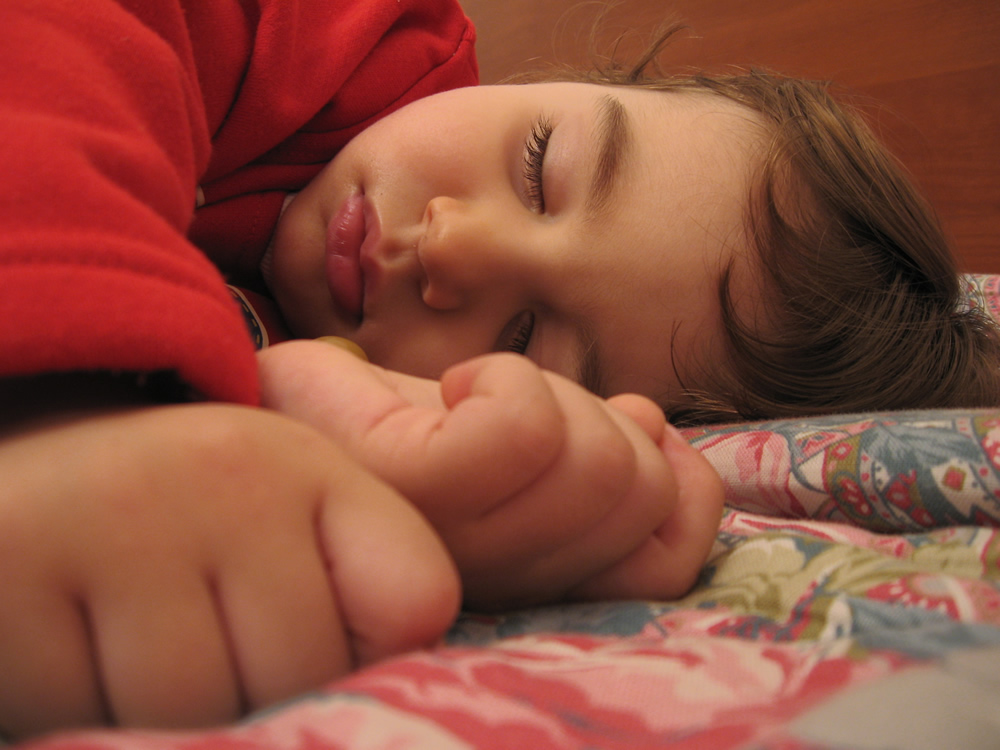 (Photo credit: Alessandro Zangrilli -Public Domain via Wikimedia)​
Slow-wave sleep - the deeper sleep during which the brain turns each day's events into permanent memories - is fragmented in adulthood in people exposed to high levels of alcohol in the womb.

This is according to a study conducted by researchers at NYU Langone Medical Center and its Nathan S. Kline Institute for Psychiatric Research (NKI), and recently published online in the journal Neuroscience.

When combined with the findings of past studies in humans, the current study in mice suggests a new treatment approach for individuals suffering from fetal alcohol spectrum disorder, which is linked to learning, memory and mood problems, and is estimated to affect 1 in 100 adults.

According to the authors of the new study, exposure of a developing brain to binge levels of alcohol results in a permanent fragmentation in slow-wave sleep, with the extent of the fragmentation influencing the severity of related cognitive disorders.

"We have known for a long time that sleep fragmentation is associated with impaired cognitive function, attention and emotional regulation," says Donald Wilson, PhD, a professor in NYU Langone's Departments of Child and Adolescent Psychiatry and Neuroscience and Physiology, and a member of the NKI. "Our study shows for the first time that binge alcohol exposure early in life results in long-lasting slow-wave sleep fragmentation, which, in turn, is associated with learning problems."

"It appears that some of the consequences of fetal alcohol syndrome stem from changes in the brain's ability to regulate sleep," he adds.

Using a mouse model of fetal alcohol syndrome designed to estimate the third-trimester of pregnancy in humans, researchers examined slow-wave sleep in adult mice that were injected once with the equivalent of binge amounts of ethanol (drinking alcohol) seven days after they were born. Mice in a control group were injected with saline. Mouse brains continue to develop after birth, and seven days post birth in mice equates with third trimester brain development in a human fetus.

Mice exposed to ethanol were found to spend less time in slow-wave sleep and experience severe sleep fragmentation, both with a significant link to memory impairment. The research team also found that the ethanol-exposed mice were hyperactive, but the mice from the control group were not. The ethanol-exposed mice also displayed reduced and fragmented slow-wave sleep and increased sleep/wake transitions over 24 hour periods.

In addition, impaired contextual fear conditioning memory -- characterized by impairment in memory of events that occurred in specific contexts -- was seen in the ethanol-exposed mice, but not in the control group. The severity of this memory impairment was directly correlated with the extent of sleep fragmentation.

"Targeting therapeutic interventions toward sleep may help to relieve aspects of the diverse disorders linked to fetal alcohol exposure, and may open new avenues for treatment of this far too common condition," says Wilson.

What about first trimester drinking?
I

The official recommendations have changed significantly over the last few years. Very moderate drinking during pregnancy used to be considered acceptable. Now, it seems there is more research that would support total abstinence before and during pregnancy.

It also makes a difference if you are talking about "a glass of wine" or an all-night bender.

What's scary is that even in 1960, some OB/GYNs used to recommend that pregnant women with borderline anemia drink one dark beer, or one glass of red wine per day as a "blood tonic".

My mother followed that procedure with both of her pregnancies. My sister and I were both premies due to maternal hemorrhaging and underweight, likely due to mother's having smoked all through both pregnancies.

Neither my sister, nor I have Fetal Alcohol Syndrome (FAS)/Fetal Alcohol Effects (FAE), though both of us are genetic messes otherwise.
I

Lala, It's all about risk. It's not a guarantee that if you drink during pregnancy, that your child will have problems. Some kids dodge that risk, others do not. Given the circumstances, you did what you had to do to survive. Please don't be hard on yourself. But, for your own knowledge at this point, you might want to research Fetal Alcohol Syndrome (FAS)/Fetal Alcohol Effects (FAE).
Top