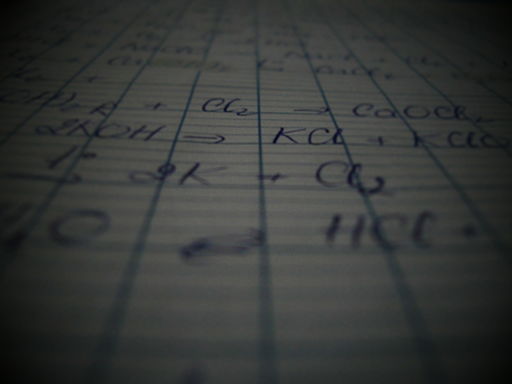 (Image Credit: Pinus via Wikimedia)​
Mothers with chemical intolerances are 2-3 times more likely than other women to have a child with autism or ADHD, according to a new study by the University of Texas Health Science Center at San Antonio

A new study from The University of Texas Health Science Center at San Antonio found that mothers with chemical intolerances are two to three times more likely than other women to have a child with autism spectrum disorder (Autism Spectrum Disorders (ASD)) or attention deficit hyperactivity disorder (ADHD).

The medical study was published in the July-August 2015 issue of the Journal of the American Board of Family Medicine.

People who are chemically intolerant often have serious reactions to common chemicals and some become too sick to carry out routine functions. Chemical intolerance affects about 10 percent to 30 percent of the U.S. population. Developmental disorders such as autism and attention-deficit disorder affect one in six children in the United States.

The study was based on maternal responses to the Quick Environmental Exposure and Sensitivity Inventory, or QEESI, a 50-question survey used by physicians worldwide to diagnose chemical intolerance.

"We are most concerned about how vulnerable the children with ADHD and autism were to environmental exposures," said the primary author, Lynne P. Heilbrun, M.P.H., autism research coordinator for the Department of Family and Community Medicine at the UT Health Science Center San Antonio. "Mothers reported that their children were significantly more sensitive to everyday exposures such as engine exhaust, gasoline, smoke, fragrances and cleaners than their neurotypical peers." The children reportedly also were more sensitive to adverse effects from infections, medications, chemicals, foods and allergens, the authors said.

Mothers in the study who had a child with Autism Spectrum Disorders (ASD) or ADHD reported that their children had more illnesses or symptoms associated with chemical intolerance than control mothers.

"The American College of Obstetrics and Gynecology issued a consensus statement in 2013 saying that there is sufficient evidence linking toxic exposures to adverse birth and developmental outcomes, calling for physicians to inform women to avoid specific environmental exposures even before conception. Studies that linked tobacco and alcohol to neurological disorders were available for decades before recommendations to avoid these became a major public health initiative. Physicians have the opportunity right now to become proactive in helping mothers protect their children from neurological disorders plaguing U.S. families," Heilbrun said.

The authors urged doctors to use the QEESI to assess patients for potential chemical intolerance. Senior author Claudia S. Miller, M.D., professor emeritus at the Health Science Center and a visiting senior scientist for the Harvard School of Public Health, said, "It's important for everyone to know that doctors can use a readily available tool to identify more susceptible mothers and to suggest environmental interventions to help protect themselves and their developing children."

Journal: Journal of the American Board of Family Medicine