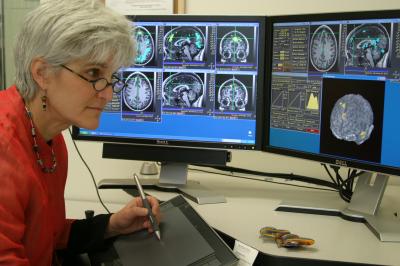 A Michigan State University researcher has discovered the first anatomical evidence that the brains of children with a nonverbal learning disability - long considered a "pseudo" diagnosis - may develop differently than the brains of other children.

The finding, published in Child Neuropsychology, could ultimately help educators and clinicians better distinguish between - and treat - children with a nonverbal learning disability, or NLVD, and those with Asperger's, or high functioning autism, which is often confused with NLVD.

"Children with nonverbal learning disabilities and Asperger's can look very similar, but they can have very different reasons for why they behave the way they do," said Jodene Fine, assistant professor of school psychology in MSU's College of Education.

Understanding the biological differences in children with learning and behavioral challenges could help lead to more appropriate intervention strategies.

Children with nonverbal learning disability tend to have normal language skills but below average math skills and difficulty solving visual puzzles. Because many of these kids also show difficulty understanding social cues, some experts have argued that NonVerbal Learning Disorder (NVLD) is related to high functioning autism - which this latest study suggests may not be so.

Fine and Kayla Musielak, an MSU doctoral student in school psychology, studied about 150 children ages 8 to 18. Using MRI scans of the participants' brains, the researchers found that the children diagnosed with NonVerbal Learning Disorder (NVLD) had smaller spleniums than children with other learning disorders such as Asperger's and ADHD, and children who had no learning disorders.

In a second part of the study, the participants' brain activity was analyzed after they were shown videos in an MRI that portrayed both positive and negative examples of social interaction. (A typical example of a positive event was a child opening a desired birthday present with friend; a negative event included a child being teased by other children.)

While more research is needed to better understand how nonverbal learning disability fits into the family of learning disorders, Fine said her findings present "an interesting piece of the puzzle."

"I would say at this point we still don't have enough evidence to say NonVerbal Learning Disorder (NVLD) is a distinct diagnosis, but I do think our research supports the idea that it might be," she said.