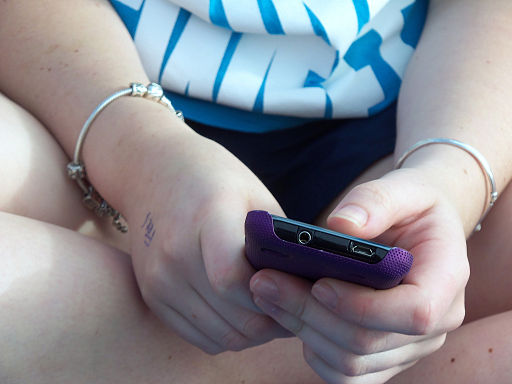 (Photo: Summer Skyes 11 via Wikimedia Commons)​
Most in need are most likely to benefit

Text messaging that connects teens with sexual health educators is effective for delivering sexual health information, according to a recent study in The Edward R. Murrow College of Communication at Washington State University. The research abstract is online and the work will appear in an upcoming print issue of the journal Health Education and Behavior.

"What we found is that teens identified as 'at-risk' use this text messaging service at a higher rate that other teens," said Jessica Willoughby, lead investigator on the project and an assistant professor at the Murrow College. "This is a critical first step in helping prevent negative sexual outcomes such as sexually transmitted disease and unwanted pregnancy."

The study looked at more than 2,000 students in six public schools where a statewide text message service that connects teens to sexual health educators was promoted. Teens identified as "at-risk" - more likely to have had sex, to have been in a relationship and to have come from a lower socioeconomic background - were more likely to use the service.

The study reveals that sexual health text message services are reaching the teens who may be most likely to benefit.

"With these new tools being provided as a possible option for sexual health information, we felt it was critical to examine how well they are working and for whom they are useful," Willoughby said.

"What we can now say is that text messaging services that allow teens to reach out to a health educator can be an effective option to get critical information into the hands of teens that may need it most," she said.