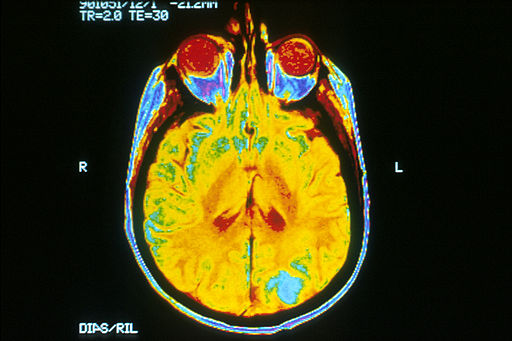 (Photo: Wikimedia Commons)​
Which shirt do we put on in the morning? Do we drive to work or take the train? From which takeaway joint do we want to buy lunch? We make hundreds of different decisions every day. Even if these often only have a minimal impact, it is extremely important for our long-term personal development to make decisions that are as optimal as possible. People with ADHD often find this difficult, however. They are known to make impulsive decisions, often choosing options which bring a prompt but smaller reward instead of making a choice that yields a greater reward later on down the line. Researchers from the University Clinics for Child and Adolescent Psychiatry, University of Zurich, now reveal that different decision-making processes are responsible for such suboptimal choices and that these take place in the middle of the frontal lobe.

In the study, the decision-making processes in 40 young people with and without ADHD were examined. Lying in a functional magnetic resonance imaging scanner to record the brain activity, the participants played a game where they had to learn which of two images carried more frequent rewards. In order to understand the impaired mechanisms of participants with ADHD better, learning algorithms which originally stemmed from the field of artificial intelligence were used to evaluate the data. These mathematical models help to understand the precise learning and decision-making mechanisms better. "We were able to demonstrate that young people with ADHD do not inherently have difficulties in learning new information; instead, they evidently use less differentiated learning patterns, which is presumably why sub-optimal decisions are often made", says first author Tobias Hauser.

In order to study the brain processes that triggered these impairments, the authors used multimodal imaging methods, where the participants were examined using a combined measurement of functional magnetic resonance imaging (fMRI) and electroencephalography (EEG) to record the electrical activity and the blood flow in the brain. It became apparent that participants with ADHD exhibit an altered functioning in the medial prefrontal cortex – a region in the middle of the frontal lobe. This part of the brain is heavily involved in decision-making processes, especially if you have to choose between several options, and in learning from errors. Although a change in activity in this region was already discovered in other contexts for ADHD, the Zurich researchers were now also able to pinpoint the precise moment of this impairment, which already occurred less than half a second after a feedback, i.e. at a very early stage.

Psychologist Tobias Hauser, who is now researching at the Wellcome Trust Centre for Neuroimaging, University College London, is convinced that the results fundamentally improve our understanding of the mechanisms of impaired decision-making behavior in people with ADHD. The next step will be to study the brain messenger substances. "If our findings are confirmed, they will provide key clues as to how we might be able to design therapeutic interventions in future," explains Hauser.