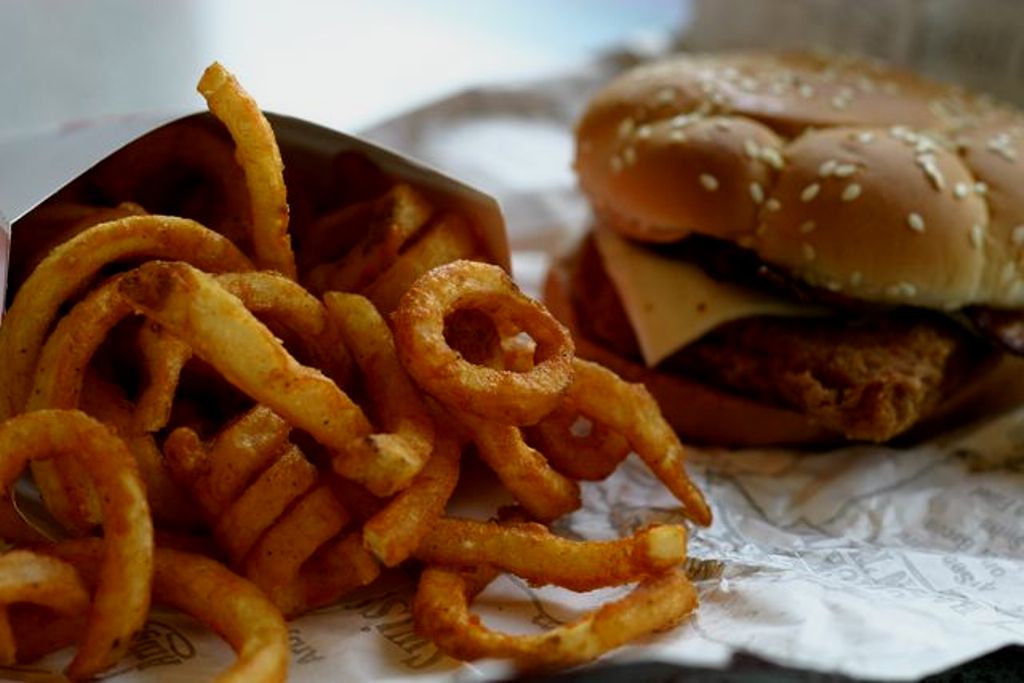 The amount of fast food children eat may be linked to how well they do in school, a new nationwide study suggests.

Researchers found that the more frequently children reported eating fast food in fifth grade, the lower their growth in reading, math, and science test scores by the time they reached eighth grade.

Students who ate the most fast food had test score gains that were up to about 20 percent lower than those who didn't eat any fast food, said Kelly Purtell, lead author of the study and assistant professor of human sciences at The Ohio State University.

"There's a lot of evidence that fast-food consumption is linked to childhood obesity, but the problems don't end there," Purtell said. "Relying too much on fast food could hurt how well children do in the classroom."

The results remained even after the researchers took into account a wide variety of other factors that may have explained why those with high fast-food consumption might have lower test scores, including how much they exercised, how much television they watched, what other food they ate, their family's socioeconomic status and characteristics of their neighborhood and school.

"We went as far as we could to control for and take into account all the known factors that could be involved in how well children did on these tests," Purtell said.

Purtell conducted the study with Elizabeth Gershoff, associate professor of human ecology at the University of Texas at Austin. The results are published online in the journal Clinical Pediatrics.

Data from the study came from the Early Childhood Longitudinal Study-Kindergarten Cohort, a nationally representative study of students who were in kindergarten in the 1998-1999 school year. It was collected by the National Center for Educational Statistics.

This study included about 11,740 students. They were tested in reading/literacy, mathematics and science in both fifth and eighth grades. They also completed a food consumption questionnaire in fifth grade.

"Fast-food consumption was quite high in these students," Purtell said.

Less than a third (29 percent) of the children did not have any fast food during the week before they completed the questionnaire. But 10 percent reported having fast food every day while another 10 percent ate it four to six times a week. Slightly more than half of the children ate fast food one to three times in the previous week.

Children who ate fast food four to six times per week or every day showed significantly lower gains in all three achievement areas compared to children who did not eat any fast food the week before the survey.

However, children who ate fast food just one to three times a week had lower academic growth compared to non-eaters in only one subject, math.

"We're not saying that parents should never feed their children fast food, but these results suggest fast-food consumption should be limited as much as possible," said Purtell.

Purtell emphasized that this study cannot prove that fast-food consumption caused the lower academic growth observed in this study. However, by controlling for other possible explanations for this link, such as family background and what other food they ate, and by looking at change in achievement scores, the authors are confident fast food is explaining some of the difference in achievement gains over time.

In addition, because the study examined only changes in test scores between fifth and eighth grade it controls for all the early childhood factors that may affect test grades.

This study can't say why fast-food consumption is linked to lower grades, she said. But other studies have shown that fast food lacks certain nutrients, especially iron, that help cognitive development. In addition, diets high in fat and sugar -- similar to fast-food meals -- have been shown to hurt immediate memory and learning processes.