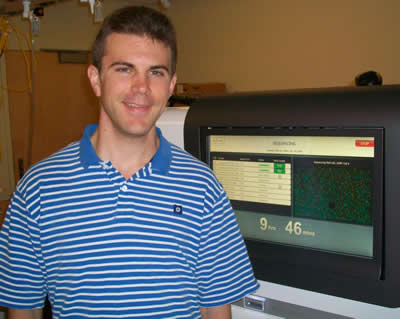 Human geneticists have discovered that a region of the genome associated with autism contains genetic variation that evolved in the last 250,000 years, after the divergence of humans from ancient hominids, and likely plays an important role in disease.

Researchers at the University of Washington analyzed the genomes of 2,551 humans, 86 apes, one Neanderthal, and one Denisovan. They closely examined a region of human chromosome 16 known as 16p11.2, a region prone to genetic changes in which segments of DNA are deleted or duplicated, one of the most common genetic causes of autism, schizophrenia, and other conditions. The geneticists found that certain segments of DNA in this region are repeated a variable number of times in different people and may also be associated with disease.

"When we compared the genomes of apes and humans, we found that the humans had evolved complex structural changes at 16p11.2 associated with deletions and duplications that often result in autism. The findings suggest that these changes emerged relatively recently and are unique to humans," explained study author Xander Nuttle, BS, BSE, a graduate student in the Department of Genome Sciences at the University of Washington School of Medicine.

While this genetic variation has likely made humans more vulnerable to disease, the scientists believe it also contributed to the formation of novel genes. One such gene is BOLA2, a gene thought to be important in cell reproduction. The researchers found that while apes, Neanderthals, and Denisovans had only two copies of BOLA2, all modern humans have between three and 14 copies, with an average of six. The team is currently studying the function of BOLA2 to understand the potential significance of additional copies for human evolution.

"Another question we are exploring is why people with the same duplications and deletions at 16p11.2 vary in disease severity," Mr. Nuttle said. "Some people are healthy or have mild illness, while others are severely affected and have multiple clinical diagnoses."

One hypothesis is that differences among people in how the region is organized, such as the number of copies of genes like BOLA2 present and the precise locations at which deletions and duplications start and end, contribute to this variability. To examine this possibility, Mr. Nuttle and colleagues are analyzing DNA and medical data from over 125 individuals with deletions or duplications at 16p11.2.

"We believe this work will lead to new insights about the genetic underpinnings of autism and other conditions associated with 16p11.2 deletions and duplications, potentially paving the way for more specific diagnostics and treatments for patients in the future," Mr. Nuttle said.

Study Reference:
Their findings were presented at the American Society of Human Genetics (ASHG) 2014 Annual Meeting in San Diego.

that makes sense. thanks for this good reads