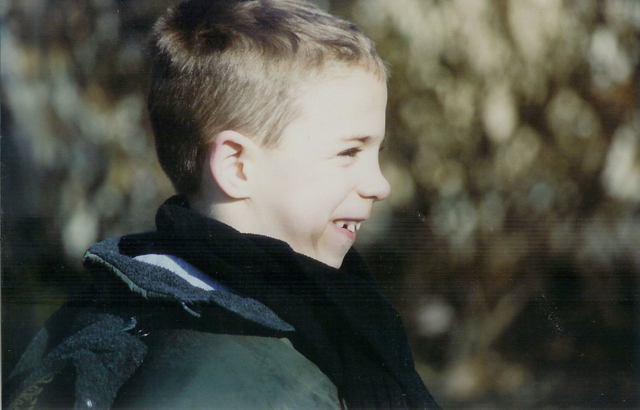 (Photo credit: By Dkellner via Wikimedia Commons)​
A growth hormone can significantly improve the social impairment associated with autism spectrum disorder (Autism Spectrum Disorders (ASD)) in patients with a related genetic syndrome, according to a pilot study conducted at the Icahn School of Medicine at Mount Sinai.

The study results focus specifically on the use of insulin-like growth factor-1 (IGF-1) to treat Phelan-McDermid syndrome (PMS), a disorder caused by a deletion or mutation of the SHANK3 gene on chromosome 22. Along with facing developmental and language delays and motor skill deficits, most people with PMS also have autism spectrum disorder.

SHANK3 is a focus of research in the field because of its essential role in the function of synapses, the gaps between nerve cells that "decide" whether messages continue along nerve pathways as they regulate bodily processes. While Phelan-McDermid syndrome is a rare disorder, advanced genetic technology has revealed it to be a relatively common cause of Autism Spectrum Disorders (ASD).

"Ours is the first controlled trial of any treatment for Phelan-McDermid syndrome," says Alexander Kolevzon, MD, Clinical Director of the Seaver Autism Center at the Icahn School of Medicine at Mount Sinai. "Because different genetic causes of Autism Spectrum Disorders (ASD) converge on common underlying chemical signaling pathways, the findings of this study may have implications for many forms of Autism Spectrum Disorders (ASD)."

IGF-1 is a commercially available compound that promotes nerve cell survival, synaptic maturation and synaptic plasticity, the ability of synapses to strengthen or weaken over time, in response to increases or decreases in their activity. It is currently approved by the Food and Drug Administration for the treatment of short stature.

The Mount Sinai study is the first to suggest that IGF-1 is safe, tolerable and associated with significant improvement in both social impairment and restrictive behaviors (fascination with one subject or activity; strong attachment to one specific object; preoccupation with part of an object rather than the whole object; preoccupation with movement or things that move) in people with Phelan-McDermid syndrome, said the study authors.

Researchers enrolled nine children aged 5-15 years who were diagnosed with Phelan-McDermid syndrome in a placebo-controlled, double-blind, cross-over design study. All participants were exposed to three months of treatment with IGF-1 and three months of placebo, in random order. Compared to placebo, the IGF-1 phase was associated with significant improvement in social withdrawal and restrictive behaviors as measured by the Aberrant Behavior Checklist and the Repetitive Behavior Scale respectively, both standard behavior scales used to assess treatment effects in Autism Spectrum Disorders (ASD).

Preclinical studies of SHANK3 deficient mouse models developed at Mount Sinai and human neuronal models derived from pluripotent stem cells (stem cells that have the capacity to produce several distinct biological responses) of humans with SHANK3 deficiency previously suggested that IGF-1 can reverse synaptic plasticity and motor learning deficits. These studies formed the basis of this clinical trial and the results provide support for the ongoing effort to develop related drug treatments.

Published in Pub medication, a public database of biomedical topics maintained by the National Institutes of Health (study originally published in the journal Molecular Autism).