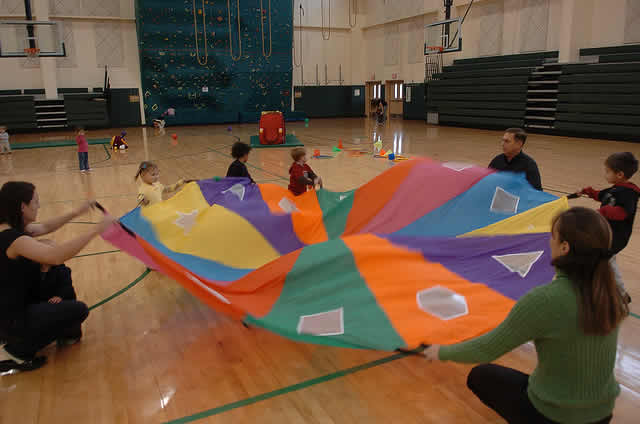 It's an often-agonizing challenge facing any parent of a child with autism: How can I help my son or daughter socialize with his or her typically developing peers? The solution, SF State's Pamela Wolfberg found, may lie in a different type of playgroup that focuses on collaborative rather than adult-directed activities.

A new study shows that "Integrated Play Groups," or IPGs, developed by Wolfberg over several years, are effective in teaching children with autism the skills they need to interact with their peers and engage in symbolic play such as pretending. In IPGs, adults help children with autism and their typically developing peers engage in playful activities of mutual interest, but do not direct the play themselves. That sets them apart from more traditional interventions, according to Wolfberg, a professor of special education and communicative disorders.

"Children learn much better how to play through interactions with peers than they do from adults, because adults are not like children anymore," she said. "We can definitely have wonderful interactions with kids through play, and we should. But this is qualitatively different."

Wolfberg and her colleagues studied 48 children with autism during free play activities, in which they did not know the other children, twice before and once after those same children participated in an Integrated Play Groups program with familiar peers. They found that, following the IPG intervention, the children's ability to interact with kids they did not know and to engage in pretend play had risen dramatically, indicating the IPGs were successful in providing them with transferable social and symbolic play skills.

Children with autism, according to Wolfberg, tend to have a "very restrictive play repertoire," in which they may have unusual interests and repeat the same activity, most often by themselves. The goal of Integrated Play Groups is to move children from engaging in lower levels of play, such as simply banging something, to engaging in more symbolic play that involves reciprocal interaction with peers.

"The earthquake-rescue theme is the most popular in San Francisco, and we had a little boy just like that, who had an affinity to bang things," she said. "So the kids came up with this idea of building cardboard blocks and having an earthquake, and he was the construction worker. He was able to participate in other kids' interest, build something more elaborate and have a whole fantasy about it."

The success of IPGs is an opportunity for parents, educators and therapists seeking to help children with autism in socializing with their peers. In addition, the IPG model also teaches typically developing children about autism and lets them learn how to form friendships with kids who might play, communicate or relate differently.

"This is what families want for their kids," added Wolfberg. "This flips around the idea that kids with autism are incapable of socializing or incapable of pretending. They have the same innate drive to participate with peers and to engage in playful experiences, but what has been happening is we have not been able to tap into their potential."

Future research will involve collaboration with assistant professor Betty Yu and graduate students to look more closely at how Integrated Play Groups can help children with autism better communicate with their typically developing peers, another challenge they face. Wolfberg also has been adapting the IPG model to be used in other countries, including Saudi Arabia, where she traveled this fall.

Study Reference:
Published online in the Journal of Autism and Developmental Disorders