Staff member
The more a child is familiar with logos and other images from fast-food restaurants, sodas and not-so-healthy snack food brands, the more likely the child is to be overweight or obese.

And, unfortunately, studies have shown that people who are overweight at a young age, tend to stay that way.

A research team that included a Michigan State University professor tested kids on their knowledge of various brands – including their ability to identify items such as golden arches, silly rabbits and a king’s crown – and found that those who could identify them the most tended to have higher body mass indexes, or BMIs. 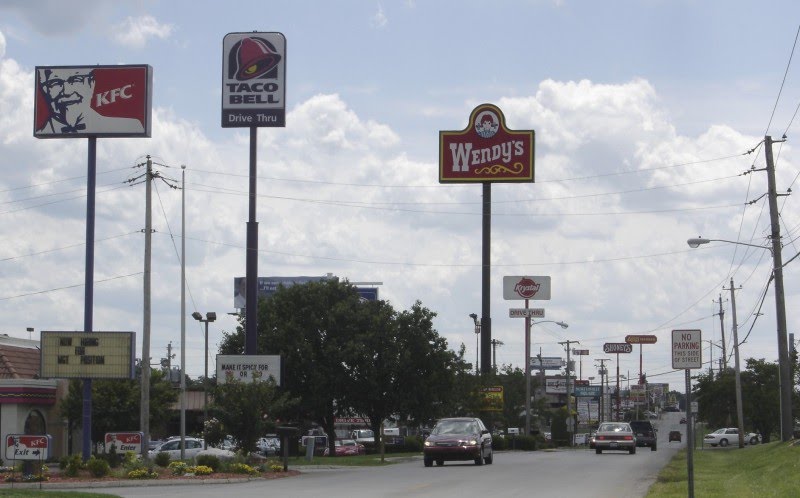 (Photo: Wiki Commons)​
“We found the relationship between brand knowledge and BMI to be quite robust,” said Anna McAlister, an MSU assistant professor of advertising and public relations who was a member of the research team. “The kids who know most about these brands have higher BMIs.”

The children – ages 3 to 5 – were tested by being given pictures of unhealthy food-related logos. They then were given pictures of food items, packaging and cartoon characters and asked to match the items with their corresponding brand logos.

“The results varied, which is a good thing,” McAlister said. “Some kids knew very little about the brands while others knew them exceptionally well.”

Doing the study twice, the research team found that among one group exercise tended to offset the negative effects of too much familiarity with unhealthy food. However, that finding could not be duplicated in the second group.

​
“The inconsistency across studies tells us that physical activity should not be seen as a cure-all in fixing childhood obesity,” McAlister said. “Of course we want kids to be active, but the results from these studies suggest that physical activity is not the only answer. The consistent relationship between brand knowledge and BMI suggests that limiting advertising exposure might be a step in the right direction too.”

Because kids get most of their food messages from television, the question is what causes more harm – the sedentary lifestyle brought on by too much time in front of the TV or the unhealthy food messages kids are bombarded with?

“From our results,” she said, “it would suggest that it’s not the TV time itself, but rather what is learned about these brands. It’s probably the developing food knowledge, not the sedentary lifestyle.”

University of Oregon professor and co-author of the paper, Bettina Cornwell, noted that the findings provide more insight into children’s relationship with food, or their “first language of food.” It doesn’t take long, she said, for children to figure out what they like and don’t like, something that can stick with them their entire lives.

“What we’re trying to show here is just how young kids are when they develop their theory of food,” McAlister said. “As early as 3 years of age, kids are developing a sense of what food means to them.”

Study Reference:
Published in the journal Appetite.
This article is not intended to provide medical advice, diagnosis or treatment. Views expressed here do not necessarily reflect those of ConductDisorders or its staff.