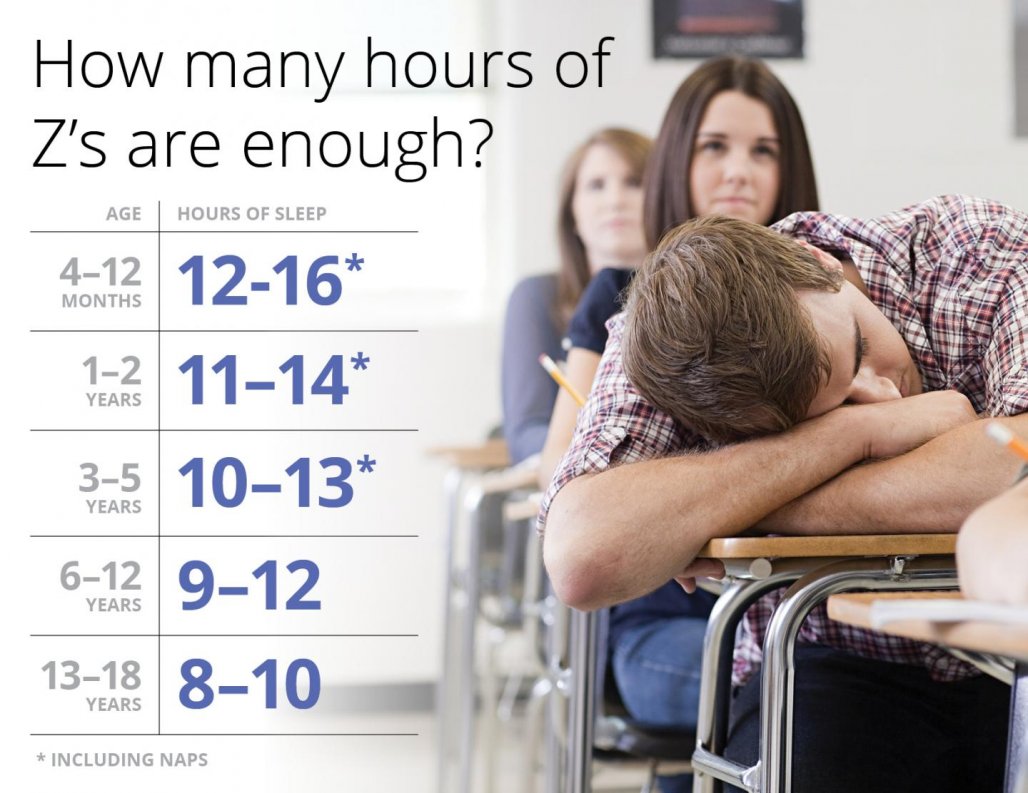 Teenagers in the US simply don't get enough shut eye. The consequences of this epidemic of sleep deprivation are extensive and include increasing rates of anxiety and depression among adolescents, as well as suicidal thoughts and actions. Sleep-deprived teens are more likely to be involved in car crashes, and run a higher risk of injury during sports-related activities.

Experts have pointed to various reasons for the chronic teenage sleep deficit: growing homework loads, too many extra-curricular activities, caffeine consumption, school start times that run counter to middle and high schoolers' natural circadian rhythms, and the use of electronic devices and backlit screens, which may disrupt sleep patterns, before bedtime.

But researchers at the University of Rochester have found that a simple and timeworn solution yields solid results: a clear bedtime that parents consistently adhere to.

"Greater enforcement of parent-set bedtimes for teenagers aged 14-to-17 are associated with longer sleep duration," says Jack Peltz, lead author of a recent study, which was published in the academic journal Sleep. Peltz, now an assistant professor of psychology at Daemen College, earned his PhD in psychology at Rochester in 2013 and conducted the study as part of a research appointment at the University of Rochester Medical Center's Department of Psychiatry.

Among the key findings:

In 2014, the American Academy of Pediatrics responded to the sleep deprivation epidemic by urging school districts to start classes no earlier than 8:30 am, especially for middle and high schoolers. But to date, only about 14 percent of US high schools have heeded the recommendation, which makes the rule-setting role of parents all the more important.

The researchers acknowledge that setting a bedtime for teenagers might be difficult; but their results suggest that even with pre-bedtime conflict, parents' enforcement of bedtimes yielded better mental health outcomes for their offspring. That said--"ideally parents should be able to work collaboratively with their teenagers to develop bedtimes that still support the child's autonomy," says Peltz.

The bottom line, according to coauthor Ronald Rogge, an associate professor of psychology at Rochester, is that "even though adolescents start gaining self-sufficiency and independence, they still need sleep and might not prioritize that if left to their own devices."

Absent an iron-clad rule, there are nevertheless healthy ranges, says Heidi Connolly, a professor of pediatrics and chief of the Division of Pediatric Sleep Medicine at Rochester, who is also a coauthor of the study. Most teenagers need 8.5 to 9.5 hours of sleep each night, she says, mirroring recommendations made by the American Academy of Sleep Medicine and endorsed by the American Academy of Pediatrics.

As for an appropriate bedtime, that of course depends on the wake-up time. "It's inherently more difficult for teenagers to fall asleep earlier than later because of their circadian rhythm," says Connolly. "That's why it's so important for high school start times to be later, as the American Academy of Pediatrics has recommended across the board."

The ideal is to feel well rested during the daytime, and spontaneously awaken at around your scheduled wake-up time even when allowed to sleep in.

The team notes that future studies may be necessary to determine if their findings hold true across a range of populations; they caution that their sample was predominantly white, well-educated, and economically advantaged.