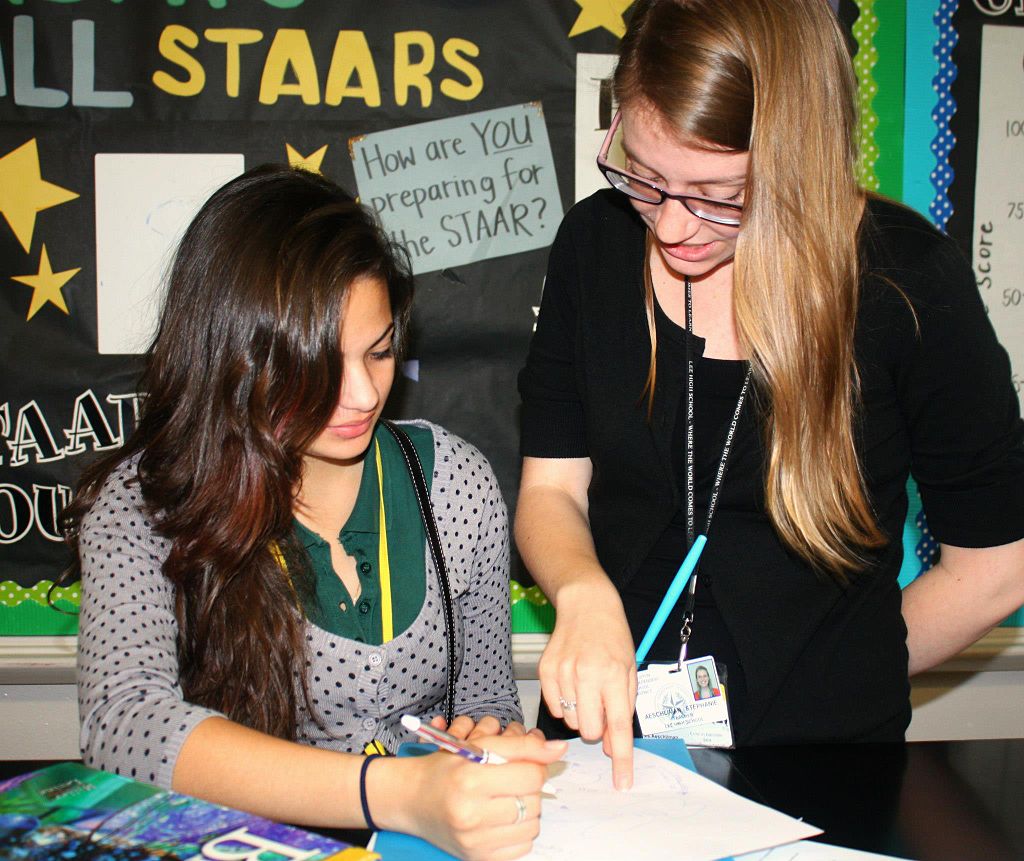 A new study has found that having a positive relationship with a teacher around the age of 10-11 years old can markedly influence the development of 'prosocial' behaviours such as cooperation and altruism, as well as significantly reduce problem classroom behaviours such as aggression and oppositional behaviour.

The research also found that beneficial behaviours resulting from a positive teacher-student relationship when a child is on the cusp of adolescence lingered for up to four years - well into the difficult teenage years.

Positivity toward their teacher also resulted in students displaying an average of 56% less 'oppositional defiant' behaviour: such as argumentativeness and vindictiveness toward authority figures. This was still reduced by 22% up to three years later.

In fact, the researchers found the beneficial effect on behaviour was as strong, if not stronger, than that of established school-based 'intervention programmes' such as counselling and other anti-bullying therapies.

The importance of good teacher relationships on infant behaviour was already known, and programmes have been designed to help preschool teachers improve relationships with pupils, which in turn improves pupil behaviour.

Researchers say the latest results suggest that developing similar programmes for those who teach students in early adolescence has the potential to promote better classroom behaviour in schools that may otherwise rely more on exclusionary practises - such as detentions, or being sent out of class - to manage student behaviour.

"Teachers play an important role in the development of children. Students who feel supported tend to be less aggressive and more prosocial, and we now have evidence that this is the case from preschool right through to adolescence," said the study's lead author Dr Ingrid Obsuth.

"Educational and school policies should take this into consideration when supporting teachers in fostering their relationships with students," she said.

The research was conducted by members of the Violence Research Centre at Cambridge's Institute of Criminology, along with colleagues from ETH Zurich and the University of Toronto. The findings are published in the Journal of Youth and Adolescence.

The researchers analysed data from eight 'waves' of a major longitudinal study of culturally-diverse Swiss youth being schooled across Zurich. The latest study involved 1,067 students randomly sampled across 56 of the city's schools.

Only students who experienced a change of teacher between ages 9 and 10 were used for the study, with data gathered from teachers, students and their parents on an annual and later biannual basis.

Using the multitude of data from interviews and surveys across the years*, the research team used an innovative statistical technique that enabled them to 'score' the children on over 100 different characteristics or experiences that could potentially account for good or bad behaviour - from background to past behaviour, parenting to student and teacher genders.

They then matched students in pairs with highly similar scores in all respects except one: how they felt about their teacher, and how the teacher felt about them. This allowed researchers to emulate a 'randomised-controlled trial' - the most rigorous way of establishing causal links. The only difference between the students in each pair was that one had the 'treatment' of a positive relationship with their teacher, and the other, the 'control', did not.

While the researchers approached data collection from both sides of the teacher-student relationship, they say that it is how the student perceives the relationship that is most important for behaviour. Students who saw themselves as having a more positive relationship with their teacher engaged in fewer aggressive behaviours right up to age 15.

Cambridge's Prof Manuel Eisner, senior author on the study, said: "Most adults remember some teachers that they admired and that fit their learning needs, and others that they felt hard done-by. This is not necessarily only because they have more or less supportive teachers. Each child will respond differently to a teacher's style and personality. Our study shows that once a child develops an impression of a teacher, one way or the other, it can have significant long-term effects on their behaviour."

"While this is the first study to look at the effect of teacher-student relationships on adolescents, our findings are consistent with previous research suggesting that bonds with prosocial others - whether peers, teachers or institutions - are a protective factor against children engaging in problem behaviours," he said.

Added Obsuth: "Ideally, building healthy and supportive teacher-student relationships would become part of the curriculum in teacher training and intervention programmes as a way of improving adolescent well-being."

Journal: Journal of Youth and Adolescence