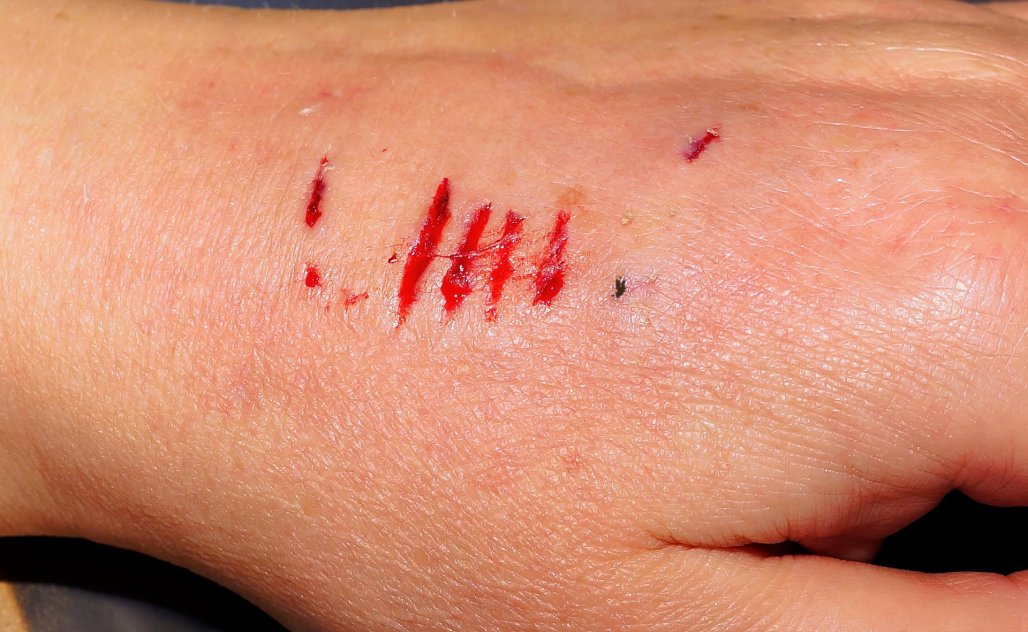 New research from Florida State University finds a link between nightmares and self-injurious behavior, such as cutting or burning oneself.

The findings are similar to previous research showing other sleep problems, such as nightmares, insomnia and trouble falling asleep, are linked to suicide and attempted suicide.

"We're seeing sleep disturbances linked to so many psychological disorders, including depression and suicide," said FSU psychology doctoral student Chelsea Ennis, the lead author of the paper in the journal Comprehensive Psychiatry. "We found only nightmares were related to self-injury."

Ennis has seen many forms of self-injury in her work as a therapist at FSU's Psychology Clinic on campus, including patients who cut, burn or scrape their skin. Some use many different ways to hurt themselves.

One of the main reasons people engage in self-injurious behavior is to deal with a negative emotion or something that has become so upsetting, they don't know how to cope. Ennis wondered whether that kind of behavior, clinically known as "nonsuicidal self-injury," was linked to general sleep problems.

She tested whether nightmares are related to self-injury with data from two samples: patients at the clinic and undergraduate students. Ennis found a specific link between nightmares and self-injury in both samples, even after accounting for depression.

Other sleep problems, such as insomnia, did not show a connection to nonsuicidal injury.

"Dreams function to regulate and process our emotions, so when we have nightmares we are not processing properly," said Ennis. "It's a breakdown of what is supposed to happen in our emotional regulation process."

"We found emotional dysregulation fully accounted for the relationship between nightmares and self-injury," Ennis said.

The study found people who experienced more intense and frequent nightmares had a 1.1 times higher risk of self-injury, which, Ennis noted, was a small effect. However, another much larger research study found similar results and a larger risk. Ennis attributes the findings to the fact that nightmares disrupt a person's normal ability to deal with emotions.

Nightmares take many forms, but certain themes emerge depending on a person's experience. A traumatic event can trigger vivid, recurrent nightmares that jolt you awake and make your heart pound; other distressing themes might include the sensation of falling off a cliff or trying to sprint away from a threat but moving in slow motion.

If a person experiences those kinds of nightmares a couple of times a week and they're disruptive, Ennis believes it's a concern.

"If you have an upsetting nightmare once a week, that's likely not problematic," Ennis said. "But if nightmares start to interfere with your sleeping to the point where you're afraid to go to sleep or you feel like you're not getting adequate rest, that's when it is a problem."

And that's when it deserves medical attention. Ennis said there are simple, effective treatments for nightmares and other sleep problems, including cognitive behavioral therapy, which is offered at FSU's Psychology Clinic and the FSU Anxiety and Behavioral Health Clinic.

With an estimated 17 percent of teenagers and 13 percent of young adults suffering from self-injurious behaviors each year, as well as more than 44,000 Americans dying by suicide, according to the U.S. Centers for Disease Control and Prevention, Ennis said the problem demands more study.

"We especially need more longitudinal research because it makes sense that nightmares can cause emotional dysregulation and then later self-injury," Ennis said. "It fits in the puzzle, but more research is needed at this point."